For far too long, the culinary traditions of the Caribbean have been a victim of their own expansive geography. They’re often unfairly lumped together under the catch-all classification of “Caribbean cuisine.”

But as enterprising chefs have found success celebrating sub-regions of storied cuisines, individual Caribbean traditions can finally step into a spotlight that’s all their own.

Afro-Caribbean cuisine is the latest. With emphasis on nuanced spice mixes, affordable seafood and flavorful but inexpensive cuts of meat, there’s never been more overlap between its standard offerings and food trends on American restaurant menus.

“Caribbean cuisine historically has been thought of as very casual, from beachside shacks to local dives,” says St. Lucia-born Nina Compton of New Orleans’ Compere Lapin. “Now chefs are elevating the dining experience, but still offering the amazing fruits, vegetables, spices and seafood that have made African-Caribbean, and Caribbean cuisine in general, so flavorful and unique.”

Afro-Caribbean cuisine draws inspiration from the northern half of Africa, a result of the European slave trade that brought natives to the islands. Chinese and Indian laborers also contributed to the layers of the cross-cultural cuisine, adding rice and curry to the pantry.

“Crops and seeds were brought over on the boats by the slaves, or to feed the slaves,” says Barbadian-expat Paul Yellin, owner of Cane Rhum Bar in Charleston, South Carolina, “and with them came farming practices, recipes and cooking techniques, such as deep fat frying.”

They’ve become a hit, in large part because of Caribbean tourism, which has introduced Americans to native dishes. “As more people travel and vacation in tropical locations,” says Yellin, “their tastes expand, and they crave these flavors when they return home.”

Nigel Jones, the native Jamaican behind Kaya in San Francisco, has found that Americans’ growing appreciation for warm spices – ginger, nutmeg and allspice – as well as more acidic fare, has increased interest in his native cuisine. His menu features small plate offerings, such as ginger and black-pepper tofu; pickled papaya and paprika-spiced yellow yams; and hearty shared plates, including piri piri chicken and oxtail stew.

“We’re noticing that our consumer base has diversified, and concurrently, interest is growing,” says Jones. “It is rewarding to see a diverse clientele and to encourage cultural conversations through food.”

For some chefs, like Compton, this newfound openness to Afro-Caribbean cuisine represents a rare opportunity to blend traditional recipes with global ingredients and techniques.

At Compere Lapin, the curried goat is one of the most popular dishes on its menu. It features curry-rubbed goat, stewed in chicken stock and coconut milk, that’s paired with gnocchi made from flour, eggs and puréed sweet plantains.

“It’s really representative of both my Caribbean roots and my Italian training,” she says. “The combination of the curry flavor, the richness of the goat and texture of the gnocchi make it a pretty unique dish.”

At Kith and Kin in Washington, D.C., Kwame Onwuachi follows a similar path. With family ties to Jamaica, Trinidad and Nigeria, Onwuachi grew up on homecooked classics, such as king crab curry with plantain chips and finger limes, as well as seared quail gumbo, grouper with yassa cream and braised goat roti.

But he says American diners remain most comfortable with jerk chicken. His dresses it up with tamarind jam, braised cabbage and coconut rice. He even smokes chicken wings with pimento wood from Jamaica to draw in barbecue fans.

Afro-Caribbean cuisine is, at its heart, a cuisine centered on comfort food staples.

At Gladys in Brooklyn, St. Lucia native Junior Felix still leans on Scotch Bonnet peppers, pimento and ginger in dishes like peppered shrimp and jerk wings. But he also gives diners the rare treat of experiencing island-style barbecue. His traditional smoking techniques punch up the flavors and aromas in his smoked fish offerings and egg scrambles. 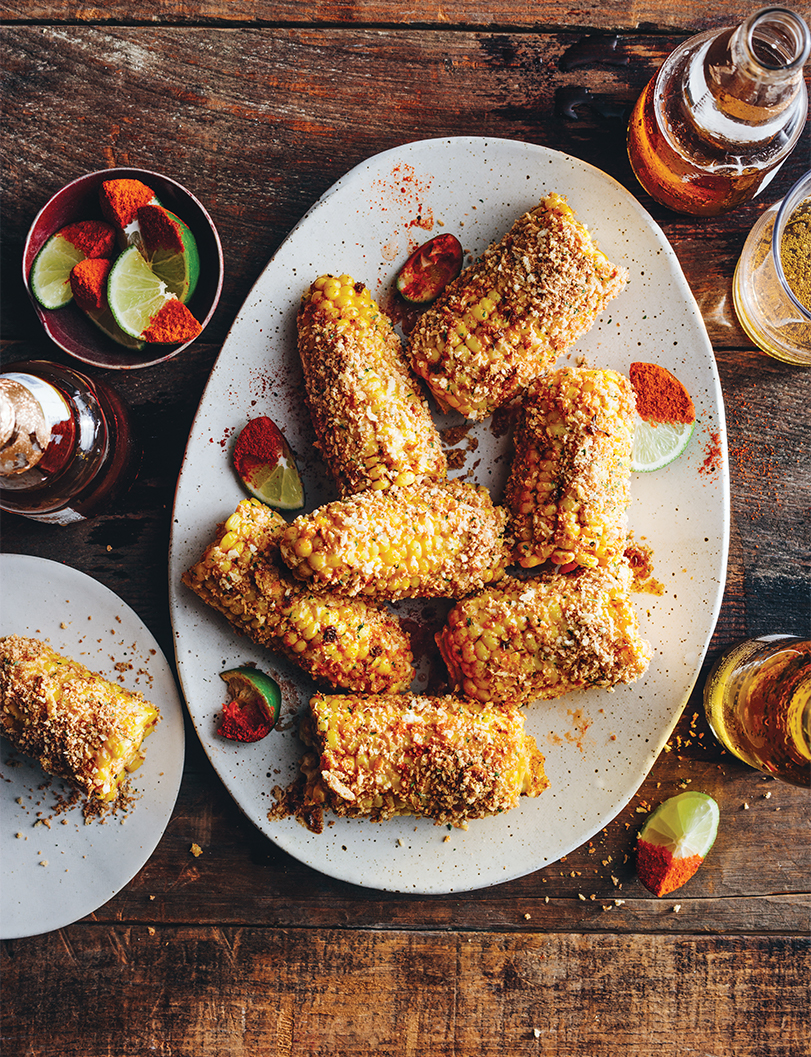 “Everyone can relate certain flavors to their experiences,” says Felix, “even if the dish is something they have not tasted before.”

At Jambo Cafe in Santa Fe, New Mexico, Kenyan-born chef Ahmed M. Obo provides a taste of home for his guests, with a menu inspired by the food he grew up on in Lamu, an island off Kenya's eastern coast, with heavy Swahili ingredient staples, such as plantains, coconut, yucca, tamarind and hibiscus.

Jambo Cafe’s menu appeals to a wide variety of diners, with many of its dishes being naturally vegan and gluten-free. Every palate can find a home at Jambo Cafe.

“Caribbean food is nourishing and healing,” explains Jones. “If I was ever sick as a kid, my grandmother would go outside, and she would find the right roots to boil instead of going to the store to buy medicine.” Many of those same roots act as the flavorful foundations of his dishes.

The Afro-Caribbean pantry of warm spices, rum and tropical fruits offers plenty of ways to make it hard to wave off a sweet end to a meal.

FRIED DESSERTS: The African version of a beignet, called puff-puffs, are traditionally made with flour, sugar, yeast and sometimes ginger and pepper — but at Kith and Kin, they’re served with sorghum anglaise, marionberry jam, dulce de leche and chocolate mousse.

BREAD PUDDING: In the Caribbean, bread pudding draws on the need for preservation. It maximizes ingredients like over-ripe bananas and day-old bread, while serving as a vessel for rum-soaked raisins, as in Cane Rhum Bar’s “drunken” banana bread pudding.

SPIKED OR SPICED: A shot of spiciness, in either ice cream or booze form, can upend pedestrian desserts. At Jambo Cafe, the house’s coconut black rice pudding is spiked with rum, while Kaya whips up a fiery-yet-sweet chocolate-habanero soft-serve ice cream.