The past 10 years have shown that appetizers, starters, small plates and shareable samplers have revolutionized the way we dine. Not only do appetizers come first on the menu, they are often the perfect place to introduce new flavors and ingredients. Chefs often use appetizers to test out greater menu changes – and diners are willing to take more chances with them, because they are a smaller commitment than a main entrée. Smaller portions also mean that strongly flavored or premium ingredients can star.

Traditional starter favorites – chicken fingers, garlic bread, and potato skins – have declined in menu mentions in the past four years. These declines support the fact that variety and experimentation are essential, as diners’ tastes have also evolved. Starters are a perfect fit with today’s most important lifestyle trends: downsizing of portions and prices; sharing and sampling; and on-the-go eating.

If you want to create a standout menu, consider wowing your customers with your appetizer selections. To help you reevaluate and update your menu, here’s a look at today’s key trends. 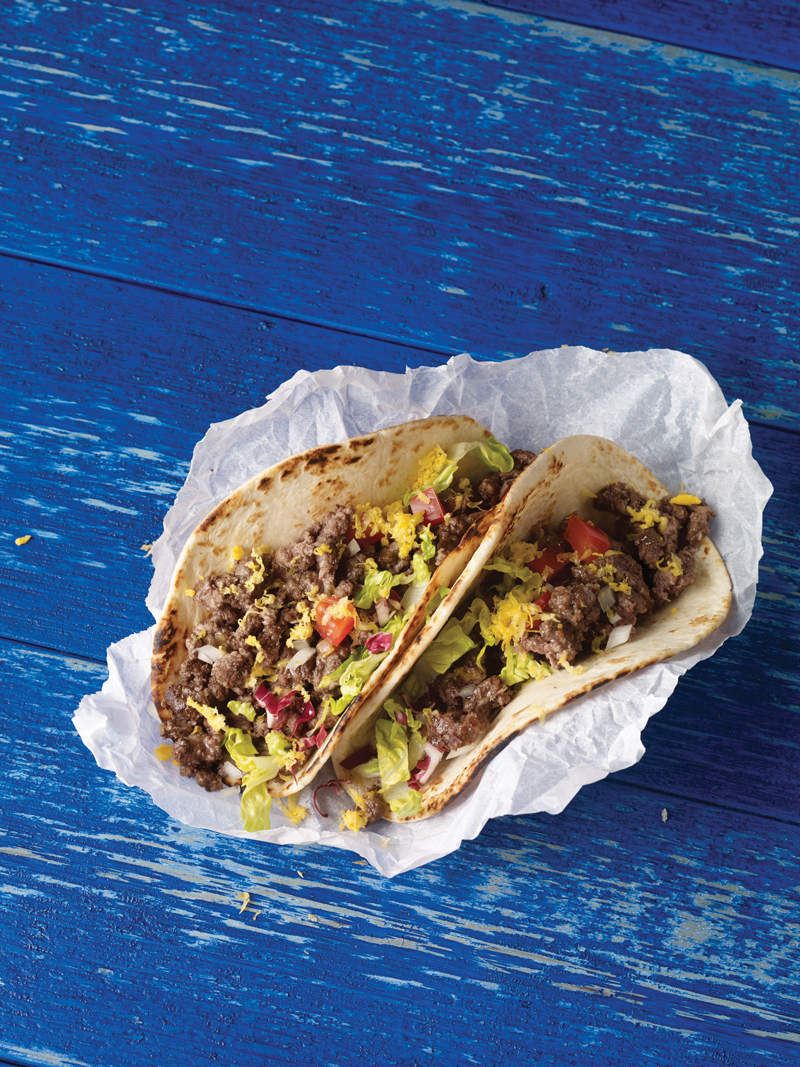 Dishes that are inspired by street foods from the Far East, the Middle East, the Caribbean and Latin America reign supreme.Street tacos, for one, are the perfect example of this. Typical versions include the Taco Al Pastor at Big Star – mini tacos filled with pork shoulder, grilled pineapple and cilantro – and Chicken Chorizo tacos at Bar Taco, which are filled with green chicken chorizo sausage and avocado salsa.

Over 20% of new menu items since 2010 have been seafood-related. Chefs have been looking for opportunities to incorporate new seafood types into a variety of different dishes, and appetizers are one of them. Octopus has grown by over 17% in the last four years, and it’s popping up on appetizer menus across the U.S. August Moon Restaurant menus a Baby Octopus that’s marinated in their signature citrus sauce. Aqua Grill serves a Warm Octopus Salad with roasted peppers and a roasted onion vinaigrette.

Cauliflower continues to be the king of food swaps. 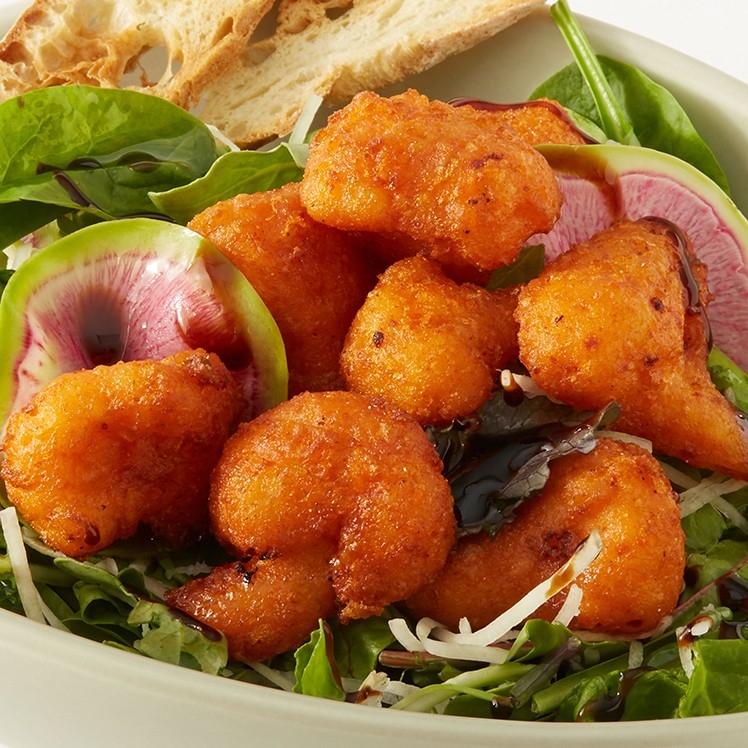 This gluten-free alternative holds up like a grain and can easily absorb any flavors. From flatbreads, to “mashed potatoes” and imitation wings, this vegetable has quickly become a diner-favorite. The Roasted Cauliflower from Girl and the Goat draws high praise from food critics, diners and influencers alike. Christopher's Restaurant & Bar serves a Buffalo Cauliflower with a side of blue cheese.

Whether they’re practicing vegans or not, diners have become more aware of the fact that meat is no longer the only source of protein. According to Datassential, vegan options are on over 11% of all U.S. menus, and this segment is continuing to grow. This makes room for chefs to get creative by putting a spin on traditional foods in new and interesting ways. For example, Fiction Kitchen menus their popular Root Vegetable “Fries,” served with the choice of chipotle “buttermilk” or spicy peanut sauce. “Above all, I think more people are becoming more open-minded towards plant-based diets, as the evidence of the negative impact on our environment becomes more evident. We as consumers are becoming more aware of the sources of our diet, and what we can do to help keep and protect valuable earth resources for many more generations,” says Chef Caroline Morrison.

Dumplings, spring rolls, tempura and other Asian appetizers beyond egg rolls are having their star moment – even in non-ethnic restaurants. An example of this is CRAVE American Kitchen & Sushi Bar in Minneapolis, which menus tuna poke, edamame (steamed soybeans), and bamboo bite rolls (tempura shrimp with cream cheese and avocado). Brewery Bhavana serves a popular vegan, pan-seared Edamame and Ginger Dumpling. Asian cuisine is on over 31% of all U.S. menus, and it’s not going away anytime soon.

6. WINGS ARE STILL A THING

Although there have been price fluctuations, wings are not going anywhere. 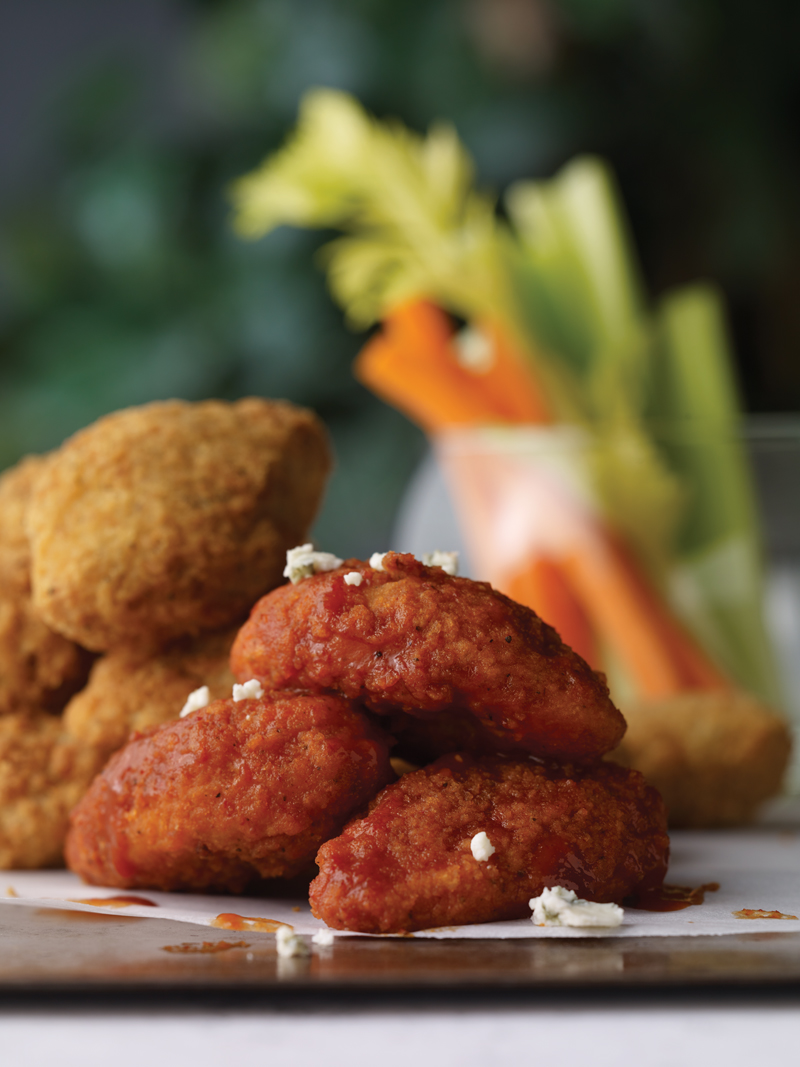 In fact, this dish is on 44% of all U.S. menus and has continued to grow. Aside from the popularity of wings-centric places like Buffalo Wild Wings, they are now gracing other establishments, like pizza delivery chains and family diners. Moonrakers has their signature Confit Wings fried in duck fat, served with a jerk rub and mango sauce. “Wings are just really fun to eat, and can serve as a vessel for all sorts of fun and interesting flavors. For us, we try to make our wings different by taking a few extra steps in the cooking process. We like to confit, add spices like our jerk rub, and we like to play around with sweetness as well. This helps us to go beyond the traditional buffalo wings that you usually see,” says Chef Chris Stevens. Because wings have been a popular appetizer for years, chefs have been able to test out new flavors in dipping sauces. The top chicken wing sauces for 2019 are buffalo, barbecue, honey and garlic.

Seaweed isn’t just a food source for ocean life–and it can add a unique taste to many different dishes. More importantly, this plant packs a wide variety of hidden health benefits that diners crave. According to Datassential, seaweed has grown on over 15% of U.S. menus in the last four years. Benihana serves a Seaweed Salad with soy, sesame and lemon. Ivar’s Seafood Bar serves Coconut-Crusted Prawns with sesame dipping sauce, cucumber-seaweed salad and a sweet chili sauce. 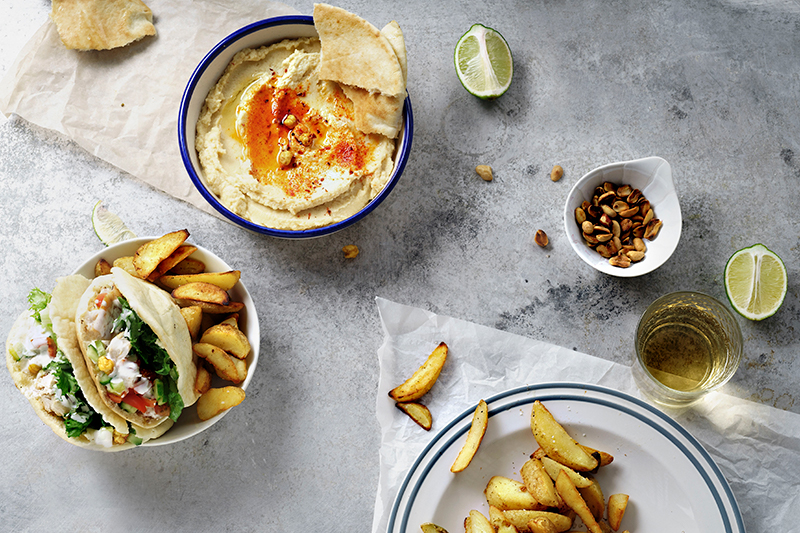 In recent years, Middle-Eastern flavors have popped up in restaurants across the U.S., but chefs are finding new opportunities to integrate this ethnic cuisine into their appetizer menus. Sassool menus dishes such as their Jalapeño Cilantro Hummus and Falafel. Barney’s Gourmet Hamburgers features a Middle-Eastern Plate served with hummus, feta, falafel and vegetables.

Burrata has seen a growth of more than 113% on all U.S. menus, but only 19% of consumers actually know what it is. This cheese can be served in a variety of different ways, and can make for a unique and flavorful appetizer dish. Big City Tavern serves a Burrata Caprese Salad with heirloom tomatoes, olive oil, and sea salt drizzled in aged balsamic. Beretta menus a Walnut Bread topped with burrata and mushroom-truffle honey.