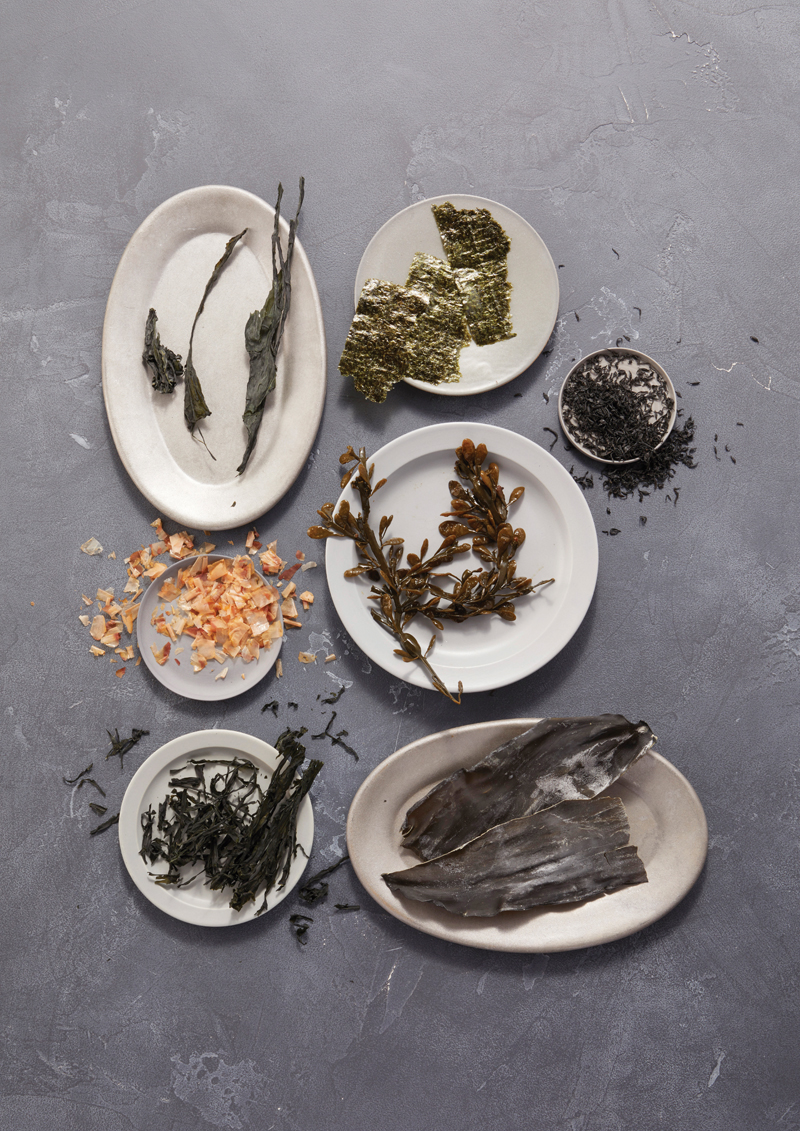 Coastlines mossed over with seaweed once ranked as homely wastelands – the ultimate vacation buzz kill.

Current food trends show that diners are clamoring for versatile and flavorful vegetables, and so ocean plants are now being viewed differently.

It helps that seaweed is abundant, vegan, and packed with calcium, iron and vitamin K. Whether served raw, pickled, soaked in broth, used as a thickening agent, or added to baked goods, seaweed can add briny umami qualities to a variety of dishes.

While nori is only mentioned on 3 percent of menus nationwide, according to research firm Datassential, it is making a splash among recent menu trends – increasing 45 percent in the past four years. Furikake, a seasoning blend that includes nori, may only be found on 1 percent of menus, but it’s grown 268 percent over the same period. Universities are also getting into the game: University of Massachusetts Amherst not only prepares high volume meals with nori across campus but uses salted kelp for a seaweed salad at its chef-driven concept, Bamboo.

“Scandinavia and Japan have been using seaweed for years,” says Rupert Blease, co-chef and owner, with his wife, Carrie, of Lord Stanley in San Francisco. “We’re a little bit behind over here, but it’s a market that can be tapped into.”

Although a wide array of seaweed grows along American coastlines, determining how best to utilize each variety can be a challenge.

Chef-Owner Evan Hennessey started cooking with seaweed five years ago when a forager friend asked if he wanted any for his restaurant, Stages at One Washington in Dover, New Hampshire. Now Hennessey works with local sea lettuces, Irish moss, sugar kelp, and nori year-round, harvesting much of it himself by getting in the water of a nearby coastline with a pair of scissors in hand (Note: Seaweed for eating should be picked in the ocean, not gathered on the beach).

He dehydrates much of the seaweed at 125°F until crisp to lengthen its short shelf life, which is a few days when fresh compared to years when dried. He then uses it as a flavor enhancer and thickener.

Hennessey adds dried sugar kelp, his American version of Japanese kombu, to all his stocks – from vegetable or duck – to add some subtle salinity. But he also uses Irish moss, a mild seaweed, as a binder in puddings. It holds things together more gently than eggs or gelatin, while preserving a local New England tradition.

Some of Hennessey’s dishes lean on seaweed for both flavor and texture: Dulse, a salty, burgundy-colored seaweed, in a duck terrine helps hold its shape while the egg yolk-nori sauce and shiitake mushrooms fermented with kelp provide ocean flavors to balance its earthier notes.

Several West Coast restaurants have begun using local seaweeds thanks to forager Kevin Kelley, who dives to harvest seaweed along the Sonoma Coast. When left fresh, these seaweeds keep for three days on ice, though the colors darken over time. Dried is more durable, with more concentrated flavor; fresh is brighter and more eye-catching.

At Lord Stanley, the Bleases found that some seaweeds take well to the grill while others are too delicate. Fresh kelp turns mushy if put directly in stock (dry it first) but can be wrapped around vegetables or seafood and grilled. Meanwhile, fresh bladder wrack develops an olive-like flavor that pairs well with charred chicories. And nearly any dehydrated seaweed can be ground into a powder to make a seasoning.

For savory madeleines that accompany foie gras, the chefs mix diced fresh kombu and cooked onions into their batter. “It brings texture and a little bit of saltiness” explains Rupert Blease. “It’s there for the picking, and no one is really using it.”

Although seaweed grows abundantly, it’s still a precious resource after foraging and drying time are factored in.

While Chef-Owner Kim Alter gravitates toward delicate varieties, like sea lettuce and mermaid’s hair, at her San Francisco restaurant, Nightbird, she is loyal to premium Japanese kombu for her dashi.

“I like its more mellow flavor,” she says, which works in her Northern Californian tasting menu. “If it’s a really aggressive ocean-y flavor, it can put people off.”

She re-dries kombu used for dashi and uses it in other ways. By wrapping fish in the saved seaweed, compressing it in a bag, and leaving it for a day to cure it, the fish gains a firmer texture and saltiness. The same kombu can be used two or three times this way. She also blends kombu and other seaweeds into house-cultured butter served with housemade bread.

Since dried nori is relatively familiar to most diners, Gregory Gourdet – the culinary director of Departure in Portland, Oregon, and Denver – uses it in vinaigrettes and sauces.

To make his nori sauce, Gourdet softens dried seaweed with tamari and then purees it with a dash of vinegar. He also makes furikake, a blend of nori with seasonings, using equal parts hemp seeds, chili, citrus zest, and finely minced nori for topping rice bowls, or sashimi or poke.

“It’s a great way to add the sea flavors and a bit of crunch,” Gourdet says. “And it’s a great to have that resource stretched.”

Seaweed is popular with vegan and vegetarian-focused chefs, though it’s proving to have crossover appeal among food trends as well.

“There are so many people who don’t eat shellfish, or even any seafood, due to allergies or dietary restrictions,” says Tal Ronnen, chef-owner of Crossroads Kitchen in Los Angeles.

Ronnen uses nori to season oyster mushrooms or to coat carrots in a seaweed “cure” that produces a vegetable alternative to salmon lox. For her vegetarian riff on French bouillabaisse, a stock is made with kombu and finished with Pernod, orange zest and vegetables, which deepens the flavors.

“(Plus), sea vegetables are highly nutritious, often high in calcium and in B12,” says Ronnen, “which is important in a plant-based diet.”