French Food Is Back in a Big Way

French food mainstays such as steak frites and moules frites standout through technique, untraditional flavor combinations and influences from the concept’s location. Add French inspired American favorites like burgers and fries and the new age bistro begins to emerge.

But how is the latest French food reboot different from the bistro and brasserie scene that dominated the late ‘90s and early 2000s that were described similarly? They’ve evolved to be simpler, smarter and served with warmer, more genuine hospitality. 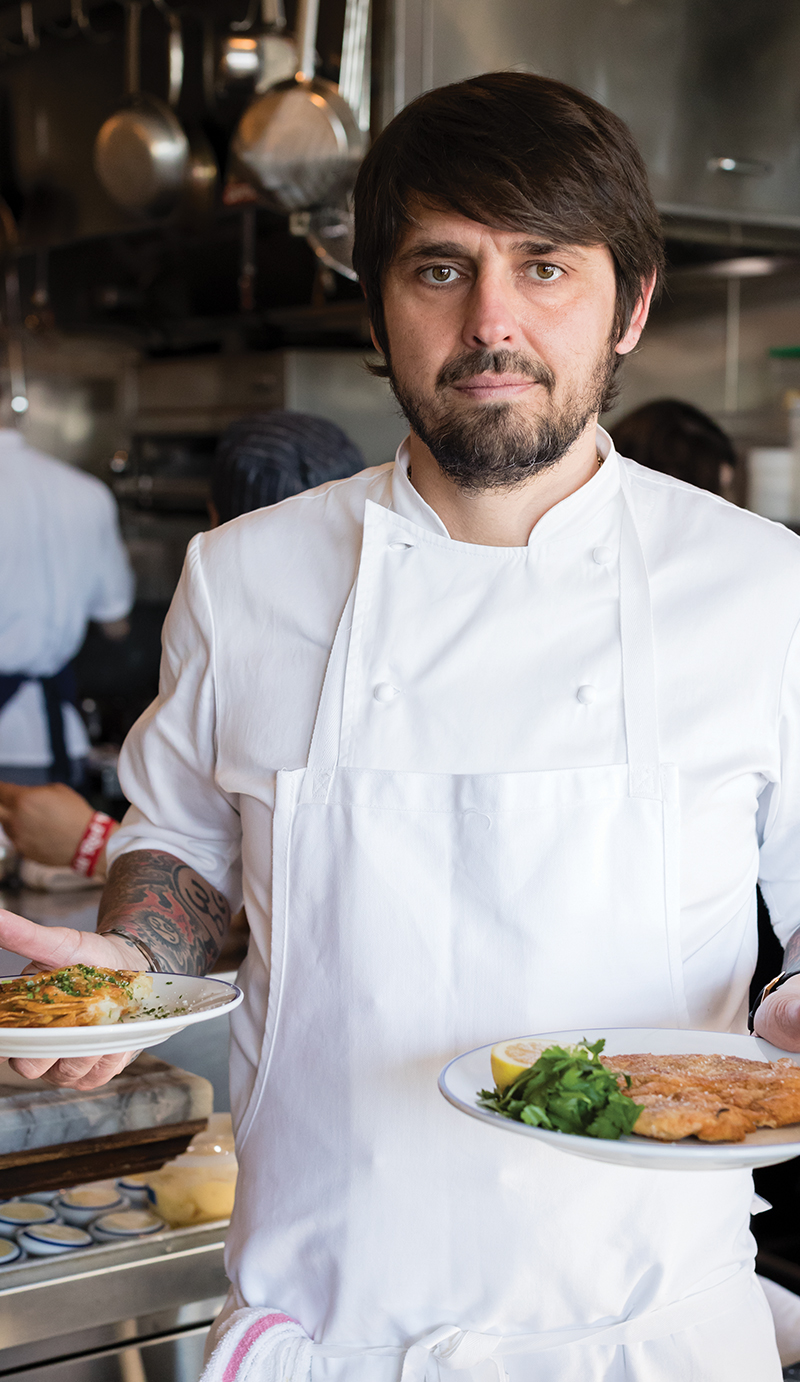 French Technique Gets the Credit

Ludo Lefebvre, the Los Angeles-based French chef who leaves a trail of gushing dining critics with each new concept, laughs at the suggestion that his casual 22-seat bar and bistro, Petit Trois, is defining new nouvelle cuisine.

“I grew up with this kind of food,” says Lefebvre, who is from the Burgundy region of France. “It’s the just what I love to eat, what I miss eating. I can’t get it here, so I make it.”

Consider his omelet, regarded as a bucket list item for food obsessed diners who wait up to 2 hours for stool-only seating at Petit Trois that opened in 2014. Given the opportunity to discuss the $18 dish, Lefebvre concedes that the simple dish of eggs, butter, salt, pepper and sometimes a creamy cheese such as Boursin, seems innovative simply because it requires a French technique.

“It’s just an omelet, but you have to be gentle with it,” he says. “You have to take your time.”

Touches like browning the cream for the $28 moules frites (mussels) or including homemade Russian dressing and a foie gras bordelaise sauce for an otherwise ubiquitous $18 cheeseburger add complexity to deceptively simple standbys.

Last year, chickens came home to roost when Antoine Westermann imported his Paris bistro, Le Coq Rico, to New York. The everyday protein is the menu star supported by twists to familiar dishes. Dubbed what he calls “the bistro of beautiful birds,” the restaurant specializes in heritage chickens, first poached and then finished on the rotisserie. Featuring poultry by terroir and age, it’s available as an entree for one ($25) and a whole bird for four ($98). Westermann also plays out his love for chicken with several French-inspired dishes featuring eggs and other chicken parts, such a slow cooked egg with chanterelles, asparagus and peas in a chanterelle emulsion ($14) and a chicken soup of poultry, cream and mushrooms ($16).

“Everyone knows chicken but not chicken like this,” Westermann says. “This is what surprises people and makes it fun.” 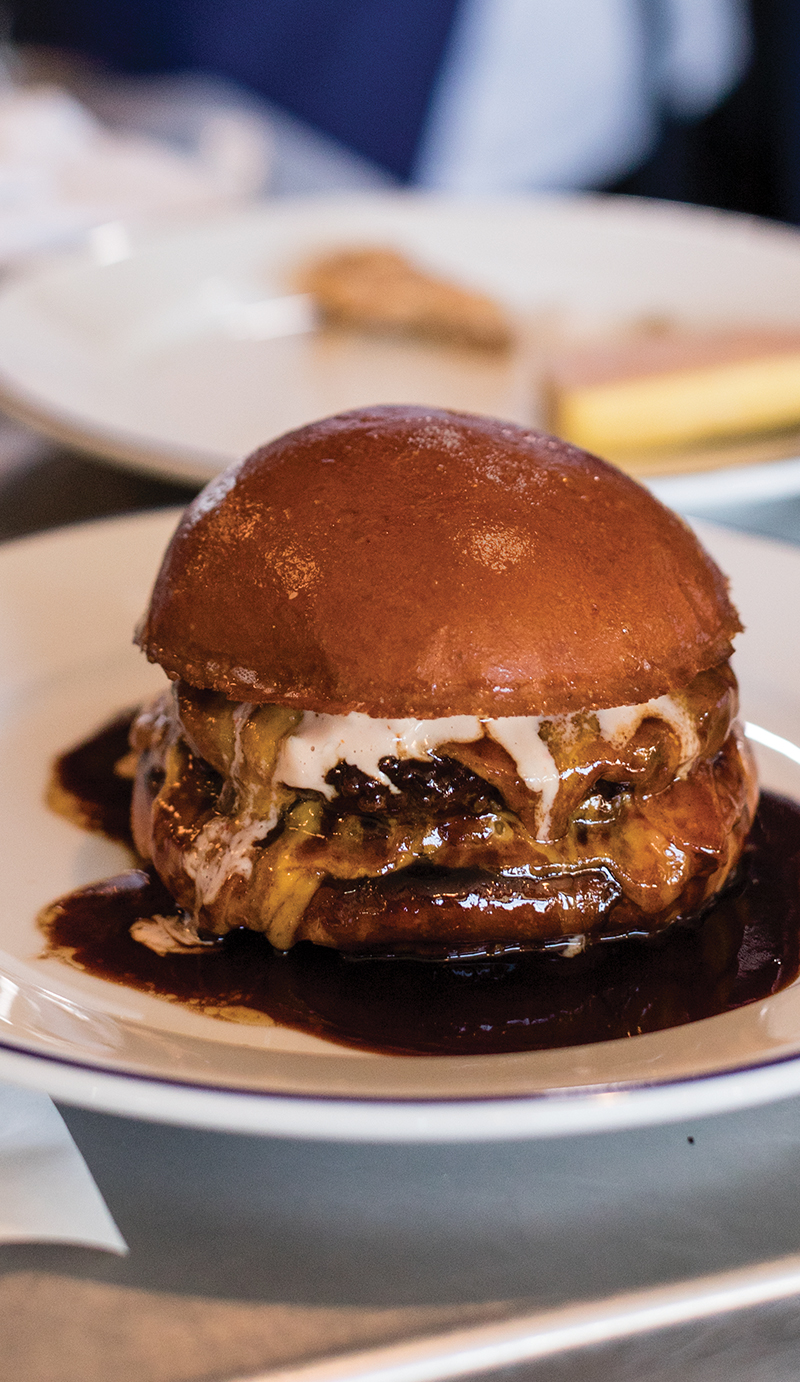 Identifying local ingredients or the highest quality products as the cornerstone of redefined casual French style might sound like an echo from the late ‘90s. But the standard for the quality has evolved. Operators behind casual French concepts have far more access to local and regional artisanal purveyors and can commission farmers to grow specialty produce.

Westermann, for example, wouldn’t be able to pull off his concept without the farmers raising heritage birds in the New York and New England areas, a discovery that took a year’s worth of research. Birds are raised past the requisite 90 days with a specialty diet to achieve a deeper flavor profile and texture, he says.

Including seasonal and locally grown produce is a given for most chefs, but chef-owner Gavin Kaysen says having more choices of where he sources from is essential.

At Kaysen’s restaurant-bakery Bellecour, which opened earlier this year in the Minneapolis suburb of Wayzata, Minnesota, he taps locally grown and milled grains as the base for breads and local dairy farms for cheese.

“Creating simplicity in your food is harder because there’s nothing to hide behind. Like with rotisserie chicken, it’s roasted chicken, grilled leeks and pommes puree. All components have to sing,” Kaysen says.

Bellecour fully embraces its Frenchness by paying homage to Lyon, France, the birthplace of his mentor and former boss of seven years, Chef Daniel Boulud.

Food, design and hospitality are all inspired by Kaysen’s numerous visits to Lyon restaurants, along with the more intimate experiences sharing meals with Boulud’s family who still live on the farm where the French chef grew up. 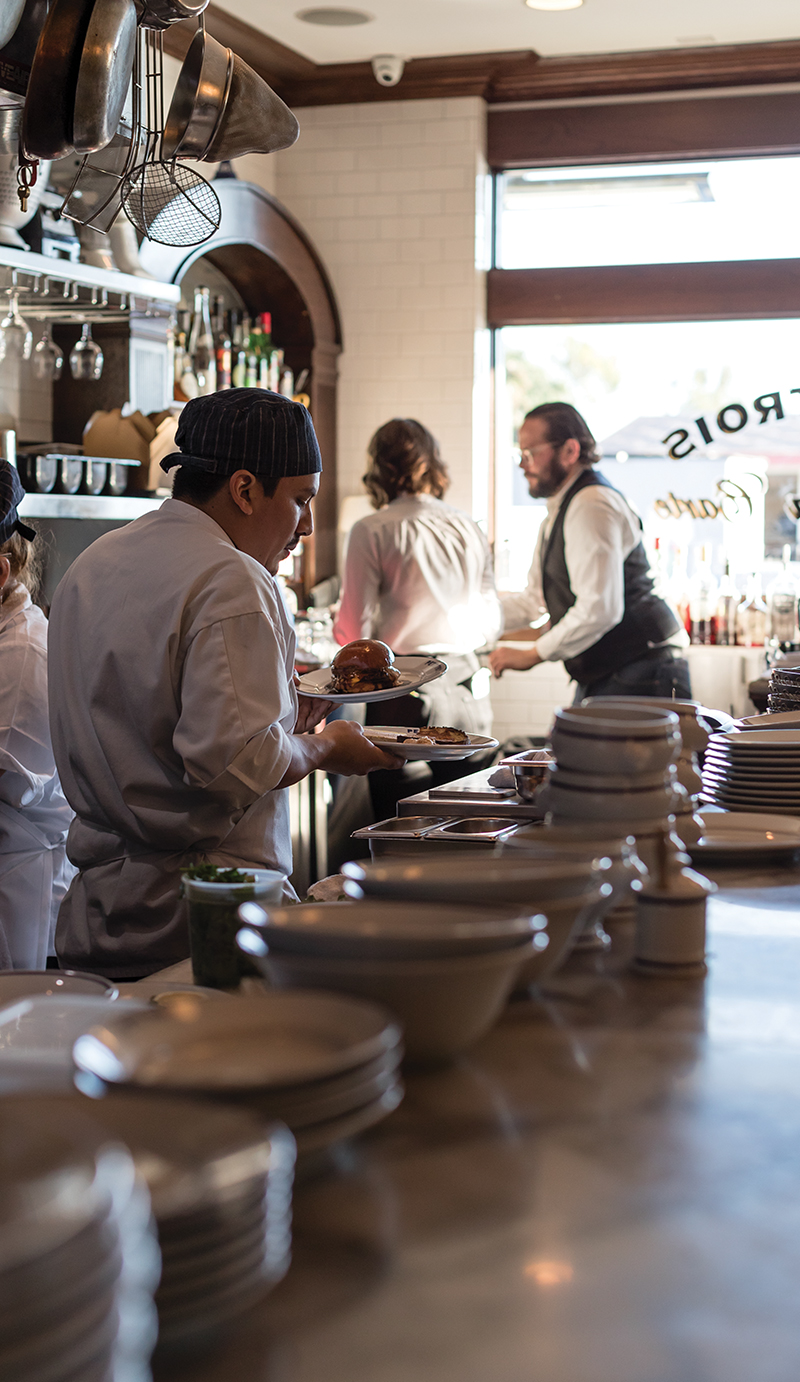 An open front window of the bakery allows the aromas of warm bread and buttery croissants to waft onto the street, a memory reminiscent of walking through the streets of Lyon, he says. Lining the restaurant wall is a map of the city that also produced Paul Bocuse, the grandfather of modern French and another Kaysen mentor, along with childhood photos of Boulud. By sharing the smells, sights and memories of Lyon, Kaysen does more than simply replicate a traditional recipe at Bellecour.

“The majority of the meals that I’ve had in Lyon, what makes them special has not just been the food but also the people I’ve been with,” Kaysen says. “When you’re surrounded by great people, the food and the experience are that much more delicious.”

Indeed, the customer experience couldn’t be more personal or purposeful for those evolving the French bistro.

“You walk in and it’s small, it’s crowded. There’s a welcoming smell, a great feeling,” says Kaysen, describing his restaurant. “In Lyon, there are so many restaurants like this on hidden streets and in little alleys. Feeling welcome has always been the idea behind everything.”

Perhaps nowhere is the transformation of place more obvious than Petit Trois, next door to Lefebvre’s menu-only sibling Trois Mec, both located in a bland, easily overlooked Los Angeles strip mall. Petit Trois lives up to its name, a long narrow space with both sides flanked by stool-only seating. Diners share the marble countertop space with cooks and the bartender, all within arm’s reach.

”“I always say I don’t treat a customer as a king but as a friend,” Lefebvre says. “That’s what makes it a bistro.”