Hamburgers are customized in infinite ways, but what about French fries? Sure, these constant companions are beloved, but they typically don’t get that kind of love. Maybe fries are taken for granted, or perhaps they’re already winning over customers in their purest form. It’s hard to argue with crispy, right-out-of-the-fryer spuds – unless it’s about innovation in the French fry arts.

To be clear, creativity here isn’t about smothering fries in gravy and cheese curds (poutine) – though there’s nothing wrong with the approach. It’s just that the latest ingenuity and enduring methods involve playing with textures, garnishes and unlikely approaches. At Al’s Place in San Francisco, for example, Chef Aaron London soaks his fries in a cabbage brine for several days to impart a pickled tang. In Washington, D.C., Blue Duck Tavern’s Executive Chef, Franck Loquet, sets mashed potatoes on a sheet pan before cutting them into thick batons that crisp in the fryer and stay soft inside. To give fries the attention they deserve, here are three examples. These chefs can attest that a champion fry can draw diners in droves. 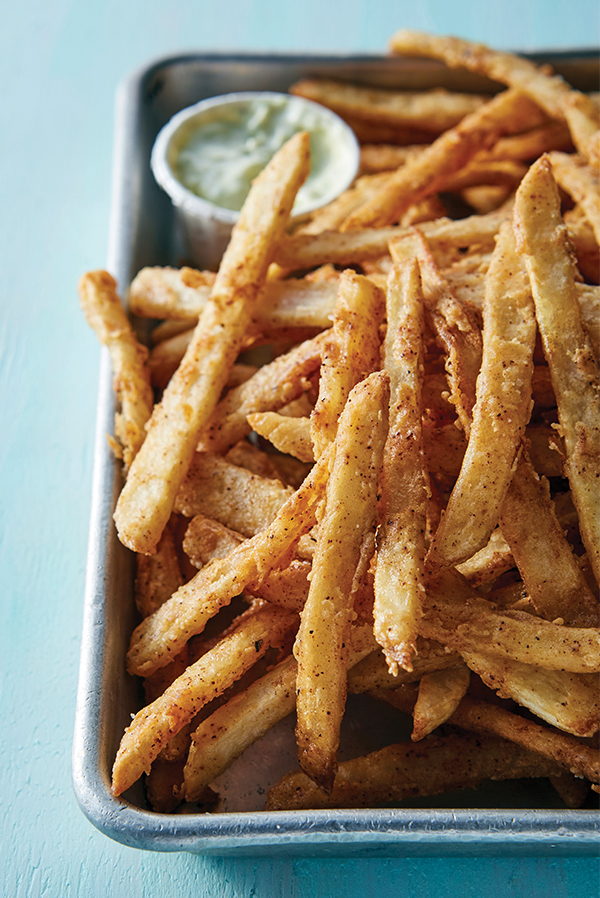 Inspiration: When Owner Bick Brown opened Hyde Park Bar & Grill in Austin, Texas, 34 years ago, he wanted a unique French fry. However, he also knew battering and flouring the spuds could hurt the bottom line. “Normally French fries are a low-prep, low food cost item,” he says. “I had turned them into a high-prep, high food cost item.”

The solution: an assembly line system capable of filtering deep fryer oil three times a day and operable by one cook. “I’ve got a two-well sink that we put a bucket of buttermilk in with ice all around, and I’ve got a cutter right above it, so we’re cutting potatoes right into the buttermilk,” he says. “Then they go right from the buttermilk into the breading station.” 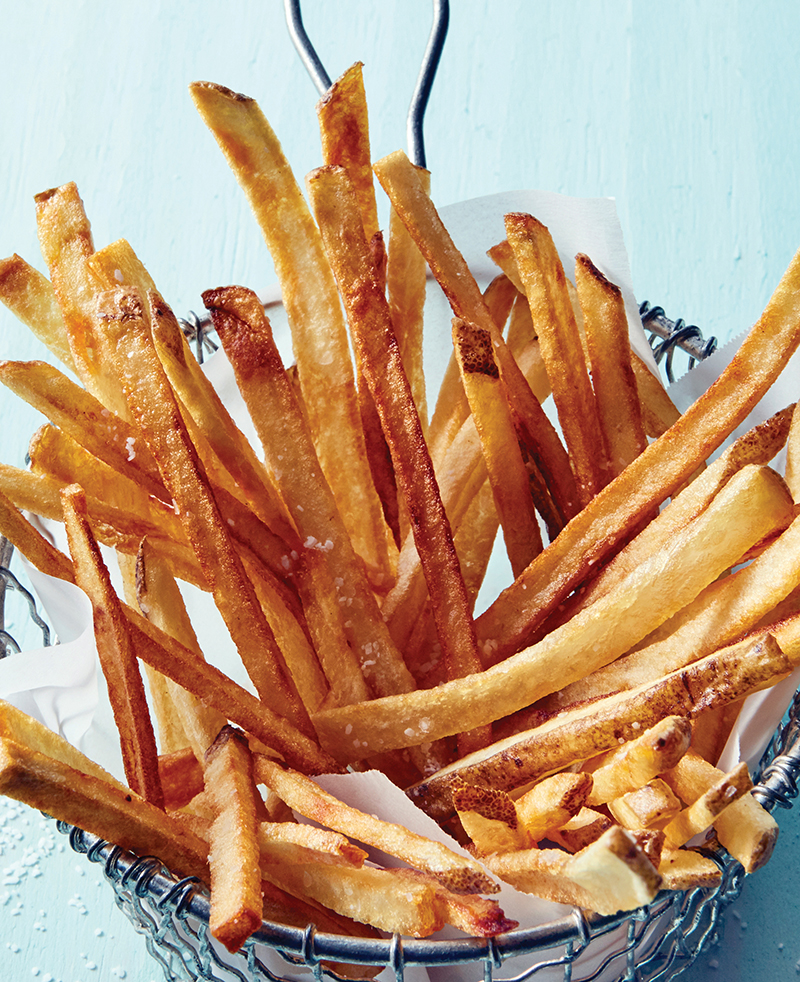 Fries in the second dimension

Inspiration: A wide ribbon cut on a mandolin gave Chef-Owner Tim Love the standout spud he was seeking for his fast casual burger concept Love Shack, which has locations in Fort Worth, Texas, the Dallas/Fort Worth Airport and Knoxville, Tennessee. “I just started playing around,” he says. “I’d been doing little skinny fries for 20 years, and I wanted something more substantial for Love Shack. So, I took the same thickness, just widened it out and turned it into ribbons.” In addition to sporting a unique look, the fries maintain an inner softness and a nice exterior crispiness. “It’s like a hybrid between a chip and a potato,” Love says.

Far East is Far Out

Inspiration: Andrew Brochu, executive chef at Grant Achatz’s Roister in Chicago, wanted to take an American staple and make it taste – and perform on the plate – unlike anything done before. That determination evolved into one of the restaurant’s most popular items: potatoes cooked three times paired with a Sichuan-soy seasoning, tofu mayo and bonito flakes.

Achieving the potatoes’ crispy exterior, which is essential, requires beating them up after poaching. “In the third frying process, they pop and the skin kind of flakes up like a potato skin,” Brochu says. “So, you almost have fries, potato skins and mashed potatoes all in one.” 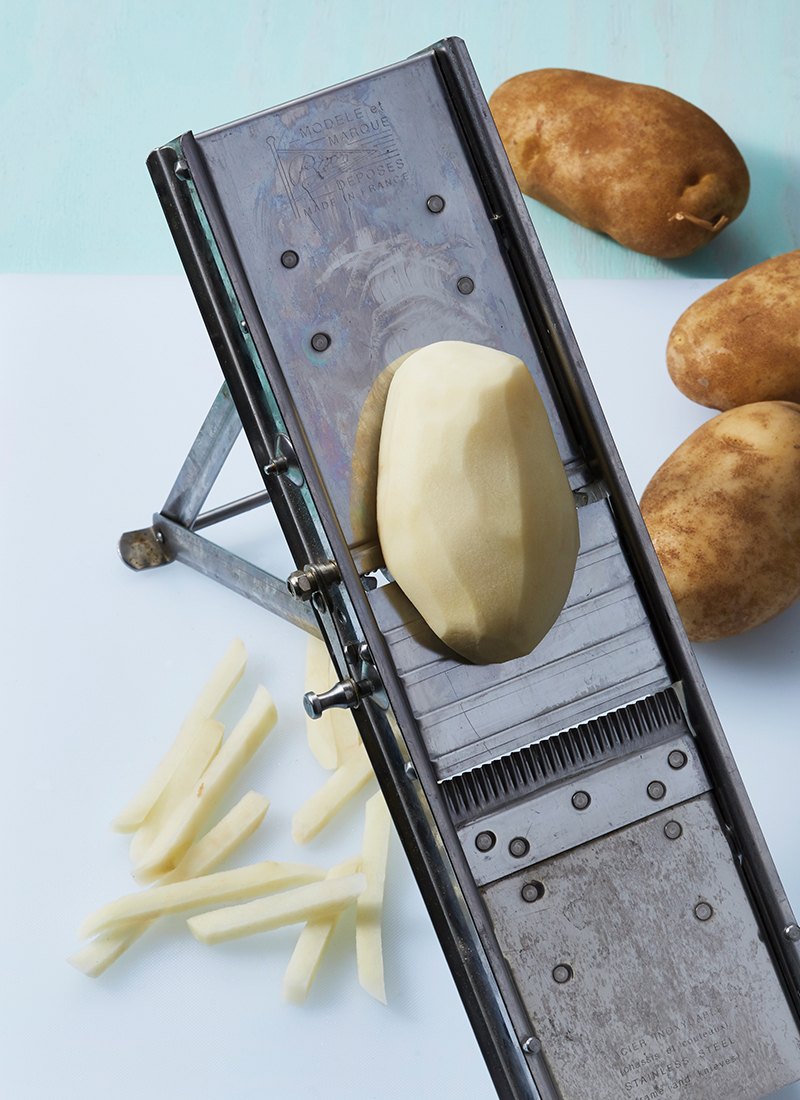 Whether it’s a neutral-tasting vegetable oil with a high smoke point or an animal fat that adds flavor, there’s a frying medium for every type of frites.