Chefs share their views on authenticity in the restaurant industry

When an element of your concept looks all too familiar in another, is it a rip-off or just a riff? In a crowded market, the line between interpretation and flat-out filching is up for debate. Chefs and restaurateurs sound off about originality and whether anyone can truly steal another restaurant’s style. 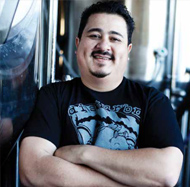 Executive chef and partner of Moto Deli in Encinitas, California

“(True originality) is definitely a rarity. I may pull from the old, with a little of something new. What’s going to make the difference is the appropriation of what you do to it and the execution. Look at the craft beer industry: You come up with one beer name and Google it, and there are already 15 beers for one name. You can keep it local, but the minute you try to distribute their way, you’re going to get in trouble because they’re going to cease-and-desist you. Besides a logo or a couple recipes, there’s no trademarking in our industry. You didn’t invent pizza. You didn’t invent the burger. It’s already been done; it’s your interpretation of something. You can’t trademark a style or a fashion. Everyone borrows off each other, and that’s kind of the way our industry works.” 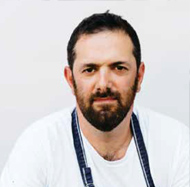 Backstory: Winner of the James Beard Award for Best Chef for the Northeast, 2011.

“Restaurants are food. What’s really unique about food and how do you define style in food [when] we’ve been cooking for thousands of years? Is steak frites really unique? Would you say that’s copying a classic bistro dish? Or are we all a product of what we’ve seen before, what we’ve eaten before, all of our travels? I certainly have seen a bunch of my dishes—I don’t want to use the word ‘copied’—certainly borrowed. Once I put out a cookbook or publish the recipe in an article, everyone’s seen it. What is really unique about food is everyone might bring their own flair, their own personality and their own style—that’s really hard to copy. To me, every restaurant has its own sense of place. There’s something about a place that is intangible, but it makes you want to come back.” 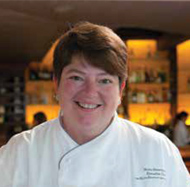 Backstory: Former executive chef at Bacco, named one of New Orleans City Business’ “Women of the Year” in 2011.

“I think that imitation is the sincerest form of flattery, so I take a higher-road approach to this whole thing. We’ve all been inspired by different restaurants, chefs and recipes as far back as our grandmother or mother. So I think it’s really difficult to get upset about it. Food is always evolving…piqued by a certain dish or style or restaurant and [chefs] wanting to put their own take on it, their own twist—it’s always going to happen. In my opinion, it needs to happen. I think just about everything’s probably been done somewhere.”

Owner of Biscuit Man in Chicago

“I don’t think you can own a style of a restaurant. I do think you can make it your own. There’s only so much that’s actually original. I can’t say the technique we use to make our biscuits is original. I can’t say that the way we make nan is original. It’s not original to make a nan sandwich. But we have this small flat top, and we make our nan on that, and that’s original because that’s what we have. I think it’s too far when you literally take someone’s logo and name. If someone opens a Biscuit Man in Springfield, Illinois, they should call me, so we can talk about it first. If you didn’t ask and then you went and did it, then nobody’s happy about it.” 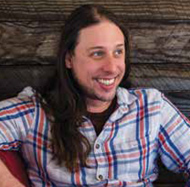 Backstory: Heading up the reprise of 1930s-era Harold’s Cabin (investors include Bill Murray), has put in time at Avec and Trencherman in Chicago.

“We all have the right to riff-—it's part of the journey through your art or craft. We draw from the influential and education experiences of our past to move creatively into our future. The hope is that as we evolve our riffs and reinterpretations become original ideas. Then there is also the idea of using riffs to pay tribute to those who've inspired us so profoundly. "