Like death and taxes, attitudes in the kitchen are a certainty in the restaurant business. Stress and pressure fan a raging ego, making some staff downright awful to work with. Restaurateurs who’ve dealt with jerks—and lived to tell the tale—explain their strategies. 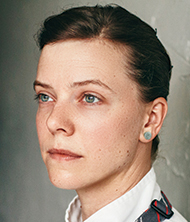 “It’s one thing for someone to be arrogant because they are really good and know it. And to a certain extent, we’ve accepted that. But when an attitude or arrogance interferes with an employee’s relationship with others or myself, then we don’t bother trying to amend it. It usually wears itself out and they leave, or we have let them go.  It’s a really tricky subject because there are so many sides to it. I love when employees know they are good, and they use their good to help and teach others. That makes them leaders.  When they use that attitude negatively, the results eventually end up negative.” 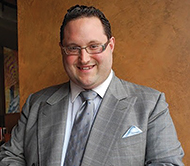 Backstory: Served as beverage director and general manager in 2008 before taking ownership in 2012.

“When someone is not living up to expectations in the job description, I like to use the axiom ‘groom or broom.’ Either someone can be made to follow the rules and get along, or it’s time to go. Determine whether the trait you are trying to rectify is an ingrained personality trait or just bad decision-making due to lack of training and discipline. Employees will always deny their wrongdoing and attempt to explain it away. If they are confronted, and you do not back down or let them ‘explain,’ they tend to make up their own mind on whether they want to stay and change or leave.

As with any negotiation, if you are not willing to leave the table, then they have all the power. You must be ready to terminate, and they have to know that without you saying it. Treat the employee like a team member and not like a member of the family. Family make excuses for each other; team members hold each other accountable.” 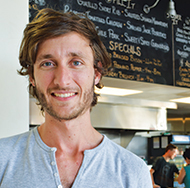 Backstory: After graduating from Arizona State University, he opened Gadzooks in 2013.

“We hired (an employee) at the very beginning of Gadzooks to be a prep cook and help on the line. We were brand new—and new to interviewing. I knew this person was ‘off.’ He complained that management at other jobs didn’t know what they were doing. But he had tons of experience, so we took a risk and hired him. During trainings, he’d make sarcastic comments, didn’t respect the dress code and vandalized our to-go packing machine with a Sharpie. The final straw came on a busy Saturday morning when he just didn’t complete the job we asked him to do and we let him go.

We just had to work short-staffed for a few weeks. The employees that make it through weeks of being short-staffed turn into the loyal ones. It’s absolutely better to work harder than have a crappy employee. That employee will do so much more damage than extra work you will do.”

Backstory: Started as a local food taco truck, which became brick-and-mortar Port Fonda. A second location is planned to open in Lawrence, Kansas.

“I make sure our staff knows that none of them are bigger than the business. The only people that have to show up day in and day out to take care of the business are me and my partner, Jamie Davila. Everyone else is free to leave whenever they want, for whatever reason they want.

My job is to provide a fun workplace where people (those that deserve it) are treated with respect. After the first year, the people that stay become a family, but it’s very important to know that it’s a work family. If you’ve worked in a restaurant, and if you’ve been taken off the schedule, straight-up fired or phased out, it might not always be because you are a bad worker, but because your attitude isn’t a good fit for the ownership or the rest of the staff.”

A Phoenix transplant, Kate Bernot is an editor and freelance writer specializing in food and suds. Follow her on Twitter @KBernot.