Special event dinners once fell into two predictable camps: fusty wine tastings and brazen gimmicks. While restaurants that play off the latest craze can rack up some fast cash, more thoughtfully conceived ticketed events draw steadier crowds – especially now that diners need experiences to give up sofa surfing for a night out.

The benefits of ticketed dinners are many, from higher check counts and guaranteed covers to building a restaurant’s brand and changing up the pace for staff. 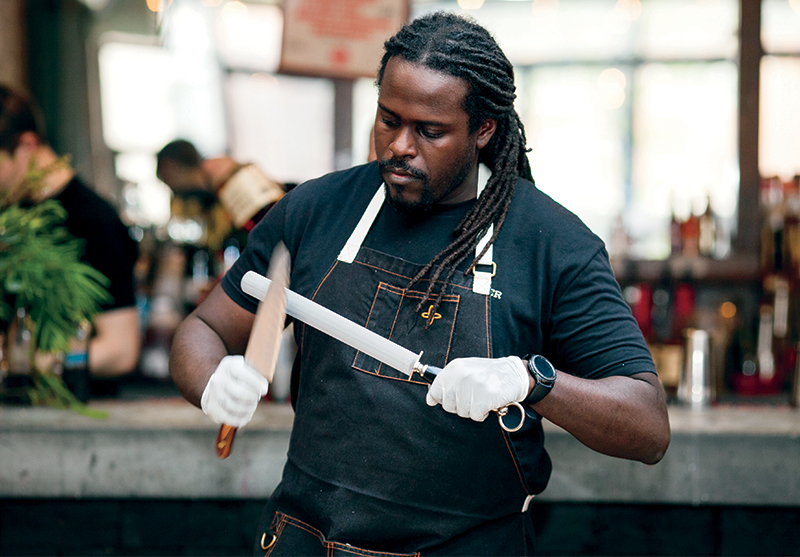 The types of ticketed dinners are limitless, but one thing they can’t be is ordinary.

To expand his interest in defining modern Midwestern cuisine, West invited local chefs into his kitchen to help produce his “The New Midwest” dinner series. They co-created $100 prix fixe five-course meals that told different stories about Great Plains cooking, along with cocktail and wine pairings.

For one visiting chef, the menu featured duck roulade with Swiss chard, grits, corn, wild mushroom conserva and jus to capture Missouri’s affinity for duck hunting. For another, it included yogurt and dried ants to reflect a recent obsession with eating insects.

While intimate (the dinners averaged about 15 diners), the meals generated buzz, landing local press and new customers. They also energized the staff.

“We needed to break up the monotony of the normal dinner service,” West says. “And I wanted to create a dialogue for other local chefs and myself.”

The ABCs of CBD Dinners

Although CBD derived from hemp is legal – albeit illegal if extracted from cannabis with more than .03% of the psychoactive THC – interest in the cannabidiol, a non-psychoactive compound, is skyrocketing. “Dining is such a sensory experience,” says Frontier chef Brian Jupiter. “To be able to alter
or change it in some way by adding the element of CBD is exciting.” 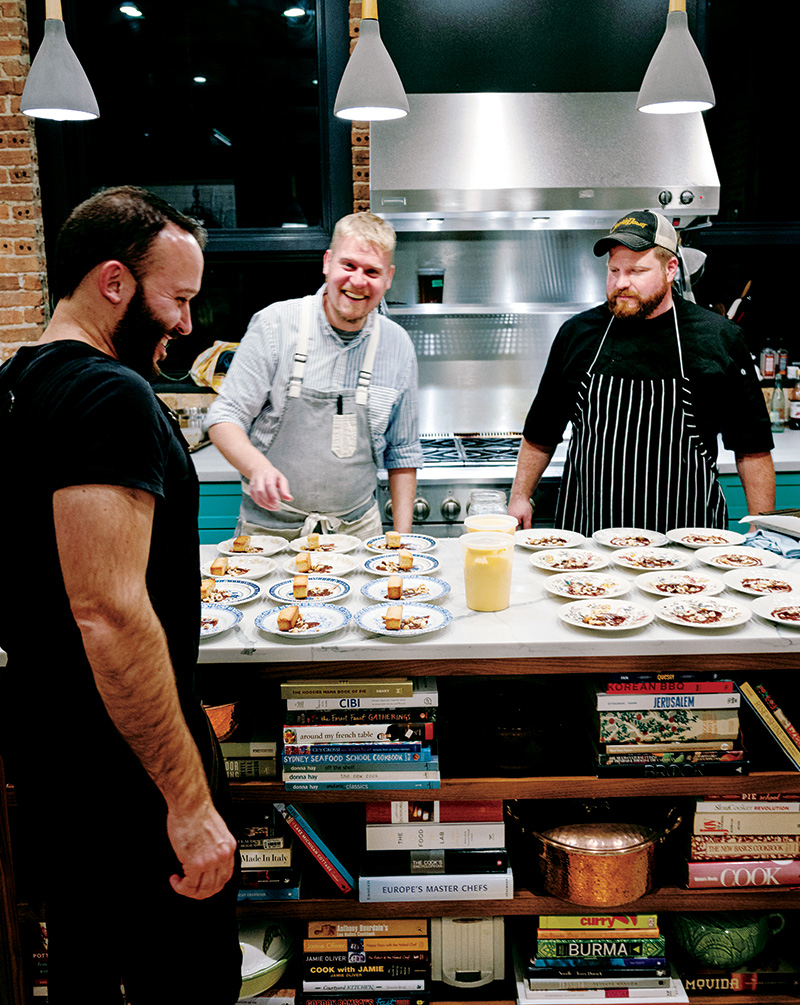 To pull off the two-hour dinner, Jupiter collaborated with Chris Sayegh, chef/owner of Los Angeles-based Herbal Chef, which specializes in cannabis-infused fine dining.

The dinner also offered insights on how to cook with CBD, as well as examples of upscale dishes. Think a surf and turf of Hokkaido scallop with a Wagyu steak, topped with a truffle-mushroom sauce and a quail egg and caviar – both of which integrated cannabis’s familiar earthy flavor with the intent of showing how CBD can alleviate anxiety and pain.

Without the need to turn tables, ticketed events allow time for more than eating and drinking, such as focusing on the origin of a cuisine. Chef David Thomas’ diaspora dinners explore historical and cultural relevance and influences through a special menu, served in a private dining room at his modern soul food restaurant, Ida B’s Table in Baltimore. Troubled that so many American food traditions don’t acknowledge their origins in the transatlantic slave trade, Thomas set out to educate through a monthly Wednesday event, each focusing on a different theme.

To commemorate the 400th anniversary of the forced migration of West African slaves to the colonies that became the United States, which began in 1619; Thomas’ crew researched slaves’ stories and created a seven-course meal ($119), complete with a narrative that drew a direct line from their experiences to modern soul food.

“This dinner represents the food we would not have without them,” says Thomas. Another dinner paired with Mera Kitchen Collective, a Baltimore-based group that focuses on empowerment of refugee and immigrant women, featured soul food through Chef Zaid Degol’s Eritrean Ethiopian roots.

The dinners, which generally draw a racially mixed crowd of 20 to 25 people, take nearly a month to plan, but that prep time builds camaraderie among Ida B’s Table employees. “The entire management staff does research,” says Assistant General Manager Kaya Potler. “We’re all constantly thinking of recipes. Everyone is super passionate about it, and financially it’s done fine – but that’s not why we do it. The stories need to be told.”