Restaurants are nothing if not creative, especially when operating within the narrow window created by the recent COVID-19 shelter-in-place orders. 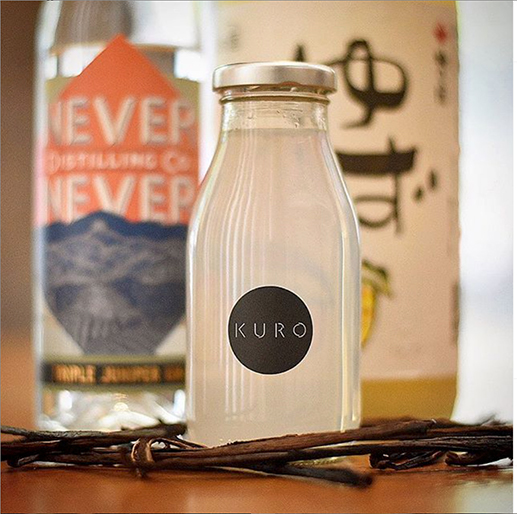 To mitigate the effects of these shutdowns, liquor control boards in some of the hardest-hit states, from California to Illinois and Washington to New York, have eased regulations to allow alcohol pickup and delivery. Many restaurateurs are jumping on the opportunity to leverage these allowances to bring in much-needed revenue.

While offering bottles or cases of wine can help with backstock and infuse some cash into an operation, restaurateurs say customers are showing varying degrees of interest. About 25% of orders include wine at discounted prices of up to half off depending on value, varietal and the restaurant concept. Cocktails, however, are getting more traction, likely because they can’t be purchased at a grocery store.

For Richard Mead, Chef/Owner of Farmhouse at Roger’s Gardens in Corona del Mar, California, adding a cocktail option to takeout has been a vital part of efforts to stem the tide of staff reductions and revenue loss. 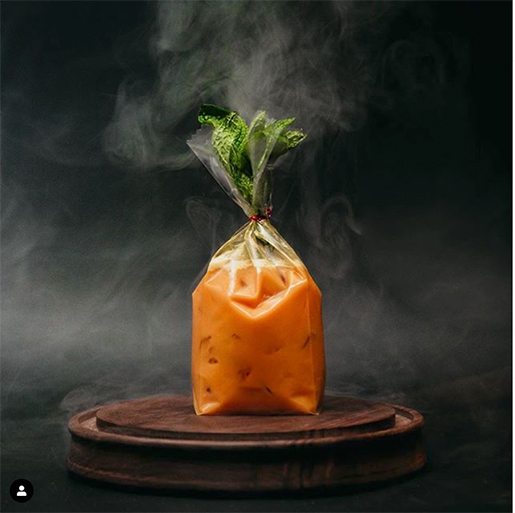 Mead and his bar staff developed a line of cocktails with tongue-in-cheek names like “COVID and Chill” made with limoncello, Oro Blanco grapefruit, Bimini, simple syrup and lemon juice. It’s available with meal purchases at two for $20, down from the restaurant’s usual price of $16 to $18 per cocktail.

Navy Strength bar owner Chris Elford gives his Seattle customers the opportunity to get creative with him, offering to-go kits of their most popular Tiki cocktails with or without the spirits included. Garnishes are vacuum-sealed and include ingredient recommendations as well as directions on constructing the cocktails. It’s a 50-50 split between customers who order kits with booze and its ingredient-only offerings, as some prefer to use their own liquor or supplement with nonalcoholic spirits such as those produced by Seedlip. Ingredient-only kits go for $36. Booze-included kits start at $60 for the Saturn (passion fruit orgeat, lemon juice and falernum) and an optional 750 ml bottle of gin, and up to $75 for the Mai Tai, which includes lime, toasted almond, Curacao, a liter of rum and snacks, such as Spam sliders. Choices change each weekend, allowing for some creativity and stress relief. 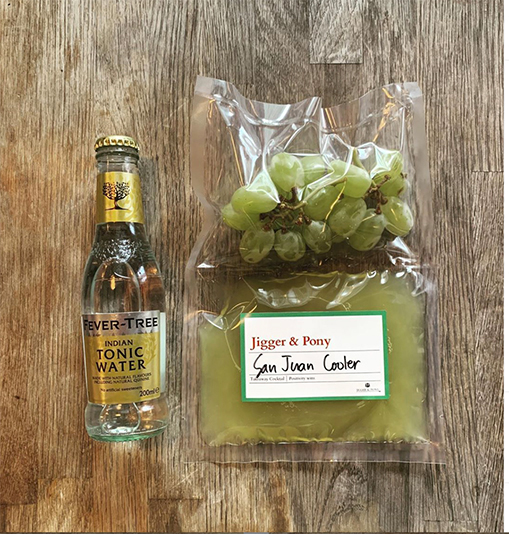 “I never in a million years would have thought to do this before,” Elford says. “It’s one of those ‘necessity is the mother of invention’ type scenarios. But I would like to continue to interact with them once we do reopen.”

Elford is also taking advantage of the practical bonus of clearing shelves of less-used inventory.

“Every bottle in the cabinet, every can of something on the shelf that I see, I’m thinking of that as money on our shelf instead of in our bank account. It’s kind of scary; essentially what we’re doing is liquidating, but in hopes that we get some sort of stimulus and are able to open back up. It’s not a fun way to think about it, but that’s the way it is.”

New York City, for example, has not been clear about rules for restaurants, says Paradise Lounge owner Austin Hartman. “It feels kind of like the Wild, Wild West out here right now.” 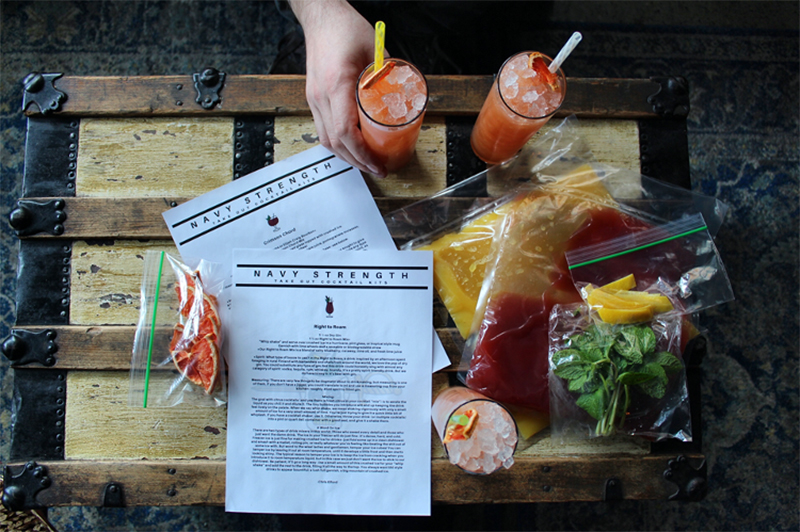 Governmental responses to COVID-19 are mercurial and often hyper-local. Also, state liquor laws vary, so it’s important to consult guidelines regularly to maintain compliance as the situation evolves. “There is no way of knowing if, how or when the newfound freedoms will be rolled back, but for now, the overall message has been, ‘Do what you’ve gotta do,’” he says.

Hartman has been keeping it simple by batching the bar’s popular Paradise Punch (rum, guava, lime juice, cinnamon/ vanilla syrup, and demerara), selling shots of Jameson and Fernet and offering wine by the bottle. “We changed our wine price point by (close to) 50%,” he says. “And we priced down the cocktails so people could have access without going through their dwindling bank accounts if they can’t work.” 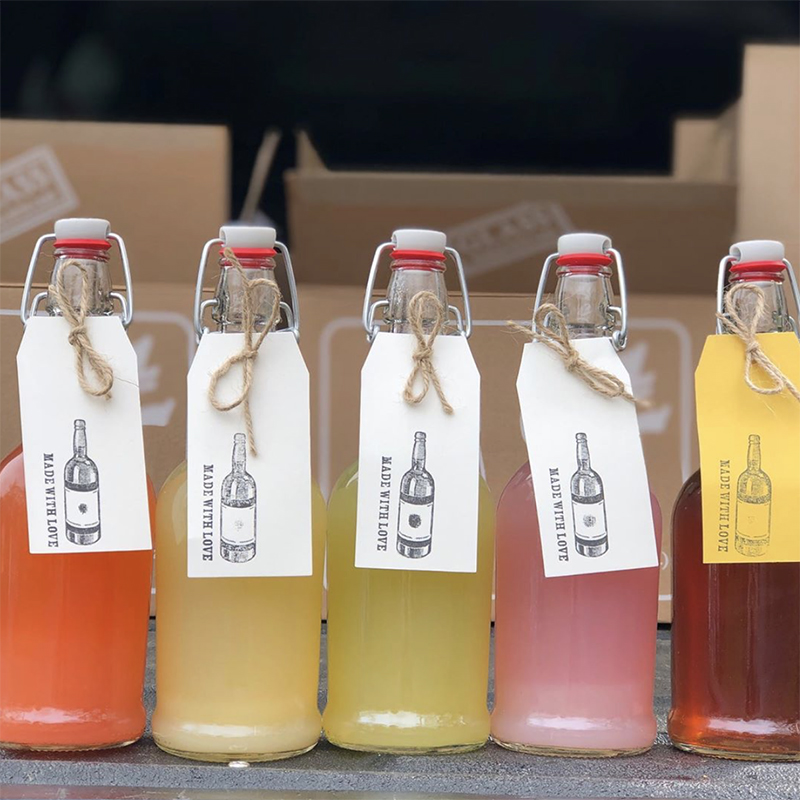 Hartman says the transition to a delivery-only model has also given him the opportunity to test a product he’d been thinking about for a while: frozen daiquiri pops, which he intends to keep making and selling once the dust settles.

“I was like, ‘We’re sitting on a lot of products; let’s get creative and see how it goes.’ And it’s gone really well! I’ve already had to order more (plastic) sleeves (for the frozen pops), and we’re getting tagged in a lot of Instagram stories showing people enjoying them.” 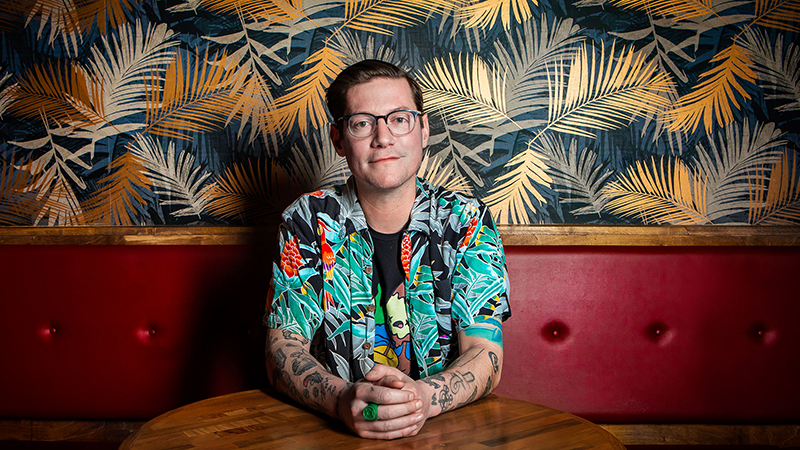 Paradise Lounge relied on social media – along with texting friends and regulars – to get the word out. “Right now, it’s just me, and I’m going through eight to 12 quarts of punch a day.”

By servicing different customer bases in far-flung corners of the country, Mead, Elford and Hartman point to one major shared experience: All have seen a tremendous outpouring of appreciation for their efforts, and tons of support for their staff. For all three operators, no-contact delivery gratuities are exceedingly generous (up to 50% of the check), the majority of which have been distributed to waylaid staff in hopes that layoffs will be temporary.

“There’s no predicting anything,” says Elford. “But it’s not like we’re going to reopen and suddenly the bars are going to be flooded with people. People are still going to be practicing some social distancing. We’re probably going to have a cap on how many people we can let in at a time.” 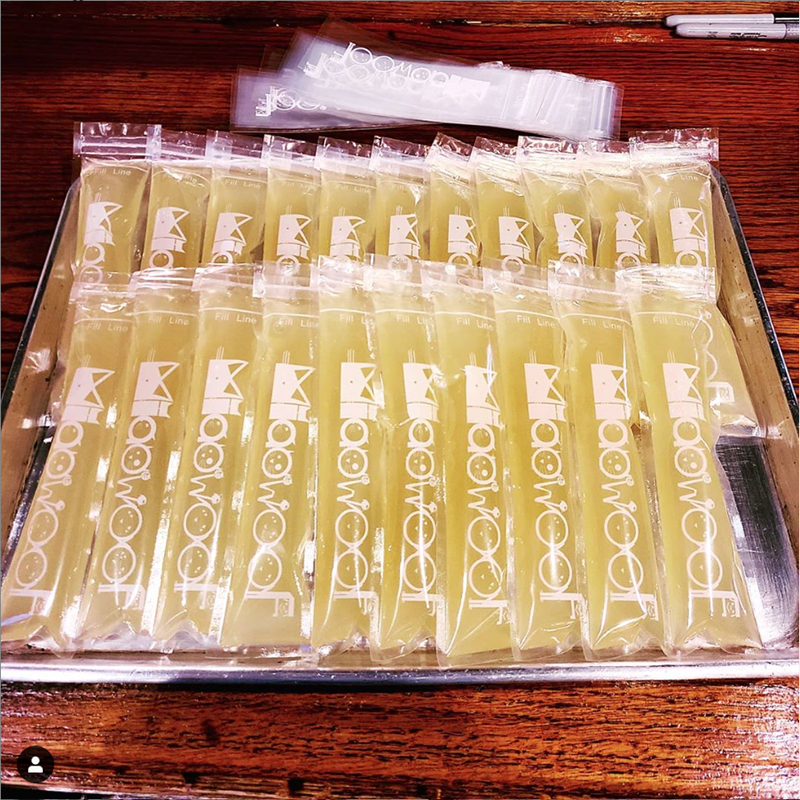 Adds Hartman, “We’re keeping a positive mental attitude and rolling with the punches. It changes every day. Once people feel comfortable going outside again, it’s going to be like the end of World War II with confetti flying from balconies and people on the street going to every bar they can.”