Firing an employee is never easy but it’s especially rough in a place as visible as the restaurant industry. Operators agree that the best way to prevent a blowup is to meet with a worker early and often. Here are some tips to avoid taking a hit when the writing is on the wall. 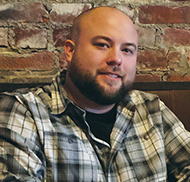 Owner and general manager of Hugo’s, Portland, Maine
Years in the industry: 16

“If it’s vandalizing or total disrespect of the environment or anyone else, that’s an easy one. It’s harder with someone that you wanted to work out. I’ve trained my managers into giving someone enough rope. If you see something is an issue, make them aware of their actions and give them an opportunity to fix it. If you see the behavior again, it’s going to be a different conversation. After a while it’s just too much of a struggle and it starts to affect more people. The standard is to always try to do it with at least another manager who is familiar with the person being fired. I find it to be really important to have a witness and support. We say, ‘It really isn’t a fit. We wish it could have worked out, and let us know if we can do anything to support you.’” 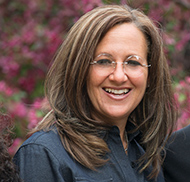 “Document, document, document. Front of the house employees are where you do your documentation. New Mexico is an at-will state, so I can fire anyone just because I feel like it. But I try to make sure that I’ve talked to people along the way, so when it comes down there’s no big blowup. There are exceptions. I’ve had someone where halfway into the shift we realized he was completely drunk, so he was fired right there. In his drunken stupor he called back later to ask to come back to pick up his tips. But usually, if you’re doing it the right way, you’re terminating them for something they know they’ve done. You’re not firing someone, they’ve fired themselves.” 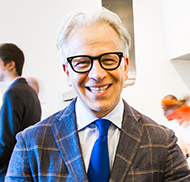 Owner of One Off Hospitality, Chicago
Years in the industry:  27

“Humility and humanity; how do you do that? I surround myself with my business partners and try to come up with the best process. I believe we are well-intentioned people and we don’t ever want to hurt anyone, and it helps us get through that. We go over (with the employee) what’s the problem, what’s the resolution. If the third time we can’t resolve it, the person knows it’s time to go. We’re in the hospitality business. My job is to make their experience hospitable, and we expect the same from our staff members.”

Chef-owner of Miller Union, Atlanta
Years in the industry: 24

“Sometimes you want to have a conversation and give the chance to the person to speak for themselves. Other times, you just know that it’s not going to work and it’s better to nip it in the bud. It helps to have someone with you so you can have a little unity in your delivery. It’s hard when someone feels like they’re trying, it can get very personal. That’s one of the worst scenarios. I’ve seen someone try to negotiate their way out of it; some cry; some are pissed; some are completely blindsided, even though they were reprimanded repeatedly. We don’t have a handbook or a book of policies, and we don’t do official write-ups. It just helps to make things clear when you put (the problems) on paper. It’s very easy for people to hear what they want to hear. You can’t mishear a written statement.”

Owner of Castagna Restaurant, Portland, Oregon
​Years in the industry: 30

“What I’m seeing more in recent years is that people don’t stay as long at restaurants, so there’s less need for termination. It’s very seldom that someone has to be fired because they got in a fight or something. More often it’s that someone isn’t performing to expectations. I document it and give them three chances. If you’re clear about their performance, it’s more a matter of convincing them that they’re not right for the job. When someone is a no-show or gets into a confrontation, that’s different. One time a cook punched another cook, and I found there is a learning curve for some younger people where they don’t realize that there isn’t a second chance after that. Sometimes people don’t get it. But if you’ve been doing your job talking to them all along, they do.”