Not long ago, cash-only bars and restaurants made what some customers might call an unfortunate comeback.

The return to old-school transactions with cold, hard cash allowed operators to skip credit card fees and reel in extra profit by pointing diners to an on-site ATM.

With fewer customers carrying cash and more migrating to mobile payment options, such as Apple Pay or Google Wallet, the pendulum is swinging toward cashless transactions. Though kicking cash to the curb isn’t feasible for every operation, the benefits can often outweigh the inevitable challenges. Here, operators who have gone digital share what to expect from the switch.

INCREASED SECURITY
The absence of cash on the premises makes your business a less-likely target for theft. After his business was the victim of repeat armed robberies, David Hart, owner of Park Cafe & Coffee Bar in Baltimore, made the move to go cash-free. When other recommended security measures didn’t work, such as adjusting hours and installing panic buttons, going cashless gave him and his staff much-needed peace of mind.

“Baltimore has its problems with increasing opioid and addiction problems, so a lot of people would come in with bags of change, and when we could, we would cash them out,” Hart says. “We do try to be humane, but (without cash on hand) that’s now disappeared.”

GAIN BACK LOST TIME
Transaction times are reduced when employees aren’t required to make change—a boon to customers and staff alike. “Many guests choose (us) because they are looking to enjoy a fantastic dining experience when they don’t have the time to sit down at a table and enjoy a two hour meal,” says Max Rockoff, assistant manager of Daily Provisions, a cashless sandwich and coffee shop in New York City from Danny Meyer’s Union Square Hospitality Group. “Time is important to them. Removing cash from the equation plays to that guest need, while not taking away from their experience.”

It also cuts time spent on cash management. Argo Tea Director of Operations Jonathan Zangara estimates that employees spend six to 10 hours a day managing cash, whether it’s counting the cash till, making multiple bank deposit trips or closing registers at the end of the night. In May, the tea chain started testing cashless operations in three Chicago stores and one New York store, which they hope will reduce transaction times and increase customer service. When there’s no cash counting, staff regains the time to attend to customer needs, Zangara says.

BOOST CLEANLINESS
Handling cash is one of many sources of cross-contamination in foodservice. By going cashless, operators can wipe their hands of a health-code risk. “Cash is just phenomenally dirty,” Hart says. “It’s a contributing factor in passing on foodborne illness. I’m really glad we don’t have that issue anymore.”

PROMOTE A MOBILE APP
Taking cash out of the equation can provide an opportunity to promote an in-house app to customers. At Argo Tea, only 10 to 20 percent of customers use cash. The majority use credit cards, mobile payment or Argo’s own mobile app, which allows customers to order and pay in advance, customize their order and earn rewards, Zangara says. To get customers on board, team members are promoting the app in-person with $5 incentives to spend at the location on the spot. 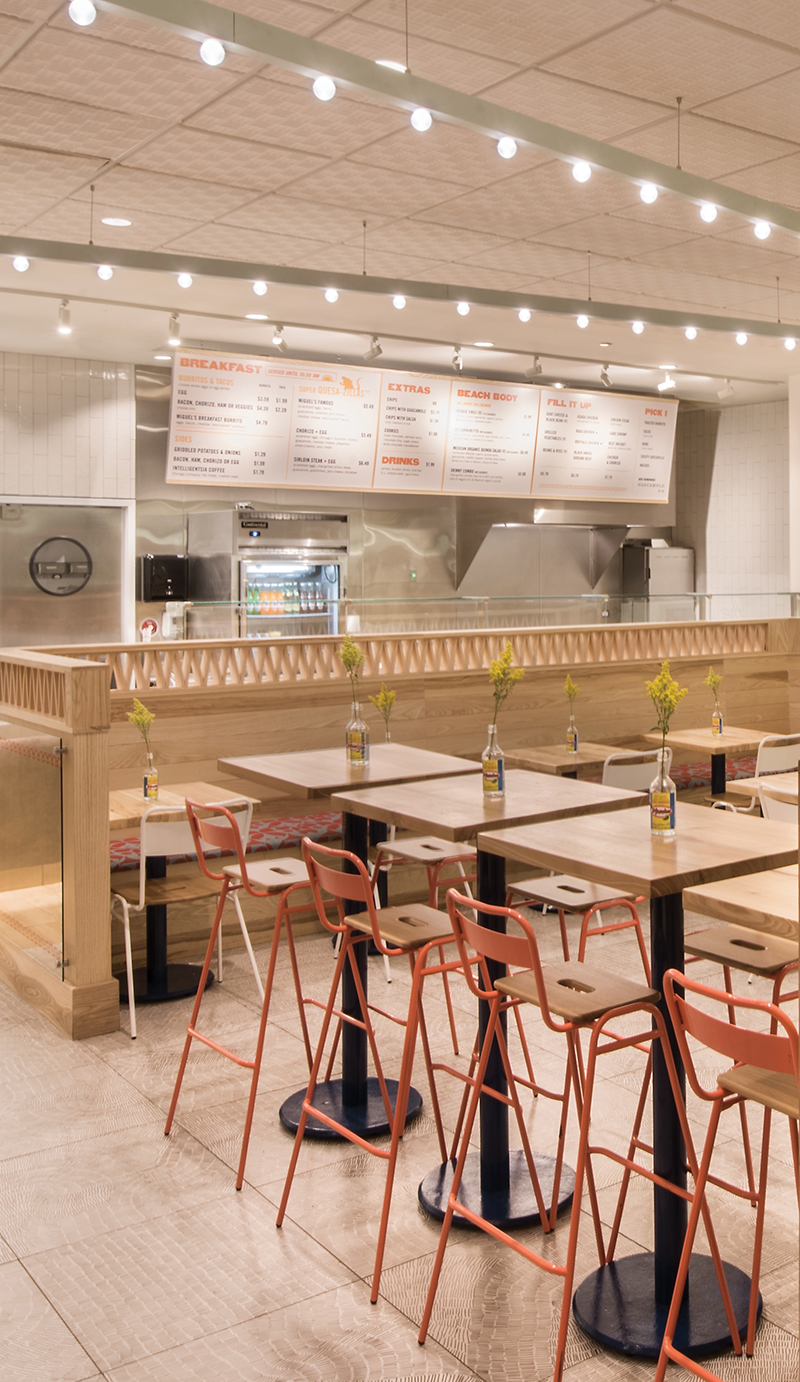 BACKLASH FROM CUSTOMERS
Customers might gripe that their money “isn’t good” at your restaurant. “There are guests who have strong opinions, but these opinions have led to great conversations, further fostering a relationship with those who choose to dine with us,” Rockoff says.

Because Park Cafe is among a handful of cashless businesses in Baltimore, other curious business owners check in with Hart about lost business. “Yes, I’ve lost some, but it’s such a nominal number. It’s really not even worth considering,” he says.

At Argo Tea, Zangara has been pleasantly surprised by the low volume of negative reactions. “We are generally seeing them in the older demographic,” he says, “but the younger demographic is understanding and willing, and some of them are even saying, ‘You’re speaking my language.’”

“It’s similar to what Apple does with grouping together small iTunes charges. Rather than charge customers for each song separately, they wait a few days and then bundle charges together to save on credit card fees,” says Zangara. Merchants pay transaction fees for each credit card charge, no matter if it’s for $1 or $50.”

DINERS CAUGHT OFF GUARD
Daily Provisions notes its cashless policy on its website and on-site, but the occasional guest is still caught unprepared at the counter.

“We happily find a way to help them out,” Rockoff says. “Many times, we will offer to take care of his or her meal, as we don’t feel that a guest should be penalized for being unaware of our cashless policy.”

Sometimes, diners would prefer to cancel their order than accept a freebie, Rockoff says. “If they insist on not allowing us to take care of their meal, we will offer them a ‘Hey Neighbor’ card, our version of a comp card, so that next time, one item is on us, and we can make up for the meal they weren’t able to have this time.”

EXCLUDING CERTAIN POPULATIONS
Alienating those who don’t have access to credit—whether it’s teenagers, seniors or low-income customers—is a concern but can be addressed.

Cashless customers are asked if they are willing to accept cash from another diner to execute the transaction, which Hart says builds community. He’s also offered his credit card and has taken care of the transaction the same way.

“Time marches on, and there’s generational change,” Hart says, adding that younger diners see cashless as being seamless. “We will likely get to the point where cash will probably go away.”