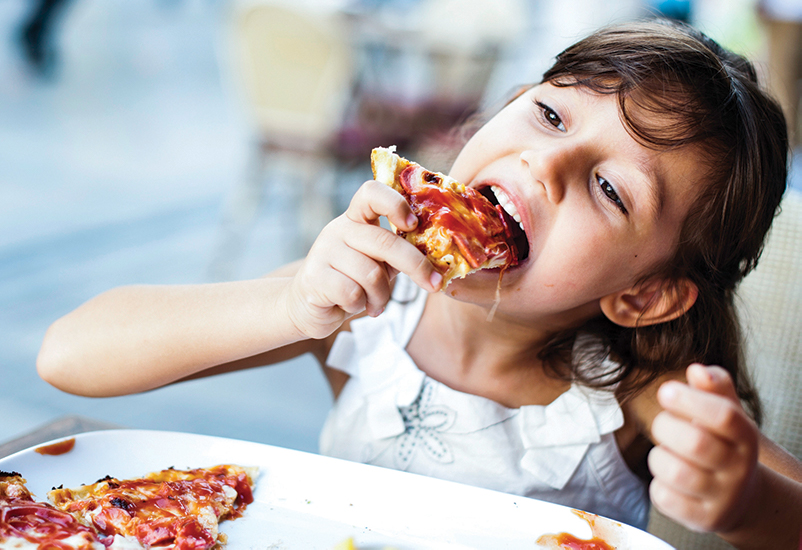 Hungry parents are harboring a profitable secret: they don’t want to stop dining out just because they have young children — and they’d rather not be stuck with kiddie eateries either. Although Generation Z may be a growing target, it’s the under 7 set that’s driving operators to go beyond crayons and coloring sheet menus.

“There are parents who want to still maintain the same lifestyle and pleasures they had before they had kids — and for many of us, me included, that was dining out,” says Victoria Trummer, owner of Trummer’s on Main in Clifton, Virginia. 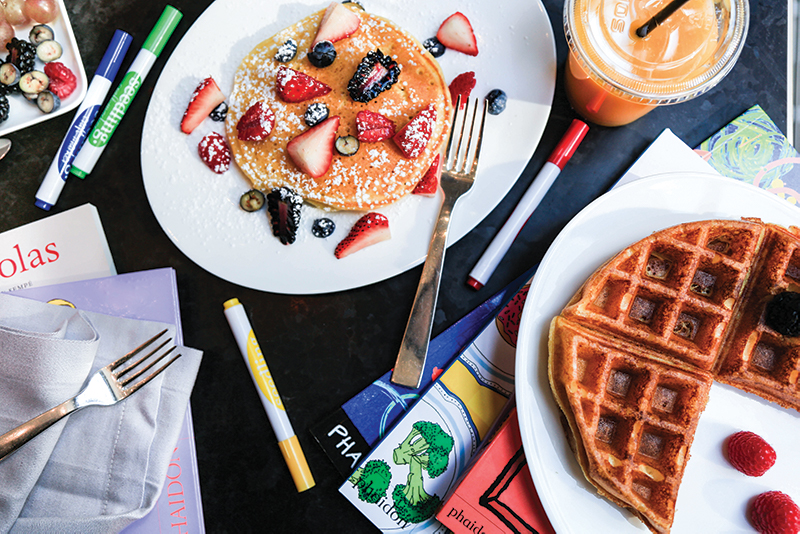 According to the National Restaurant Association, about 60% percent of restaurant-goers named “childfriendliness” as a factor when deciding where to dine. To cement youthful loyalties and keep them coming back, restaurants are engaging pint-sized diners with hands-on or visual experiences and providing the grownups with frequent diner incentives and innovative menu choices.

“The family is what drives the community, what drives your business,” says Natalie Freihon, managing partner of Basic Kitchen in Charleston, South Carolina. “Those are the people who are loyal to you. 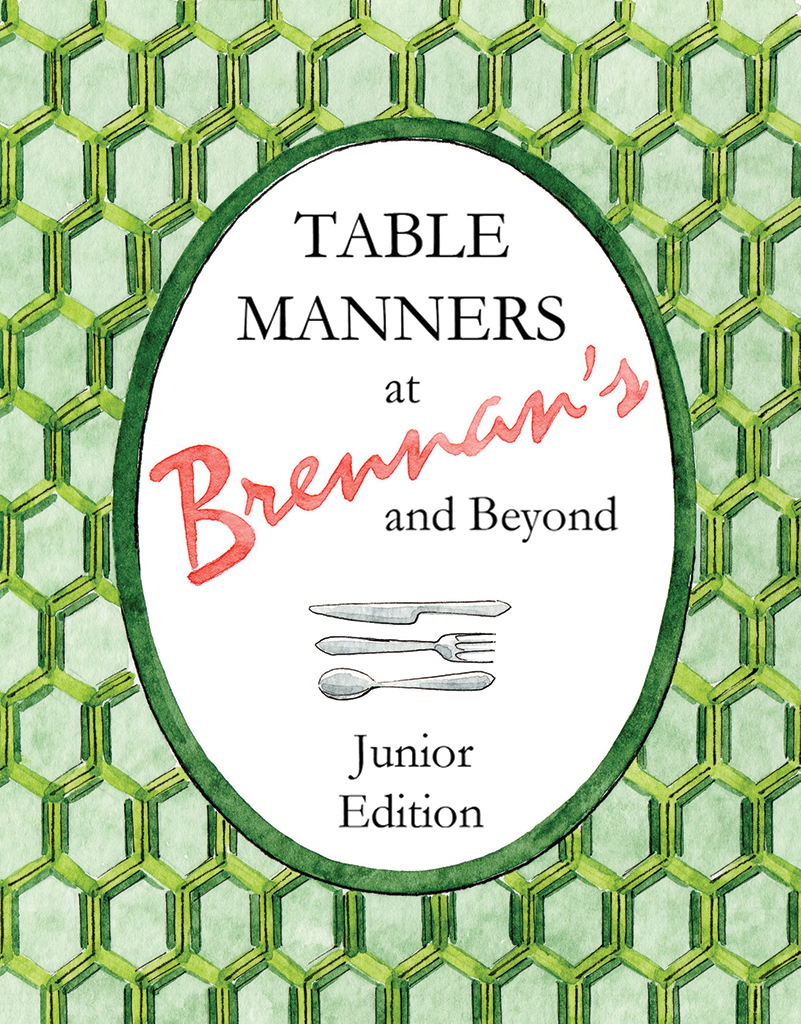 To drive family traffic to its Sunday brunch, Vernon’s at Sawgrass Marriott Golf Resort & Spa in Ponte Vedra Beach, Florida, added a kids-only station. It brings the buffet down to their level, literally, with a 2-foot-tall table and craft projects built around a weekly food theme. “We also have an electric pancake maker with a little window that allows kids to watch as the pancakes cook,” says Robin Jones, senior restaurant manager. At $8.50 per child, Sawgrass isn’t making much money, Jones says, but kids often beg their parents to return, which keeps their parents coming back, often with additional family members in tow. 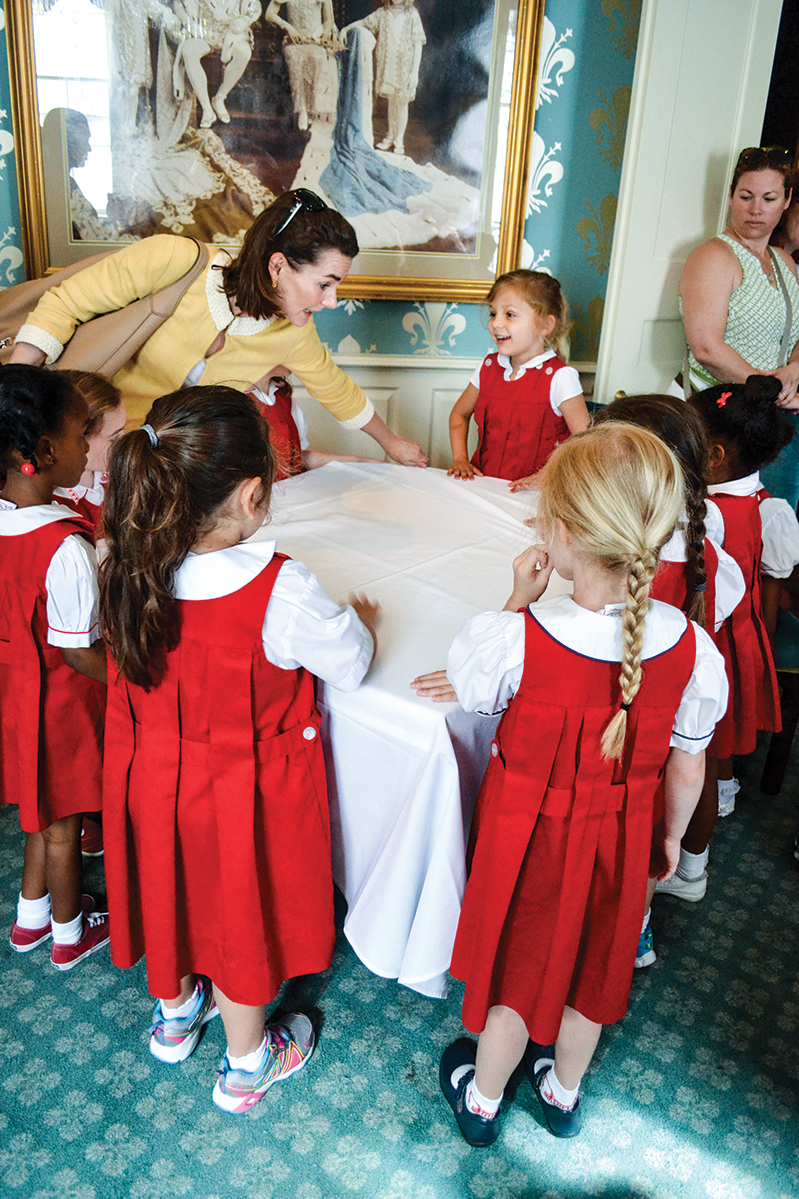 The only thing kids love more than pizza is pizza making. Urban Kitchen Group’s restaurants – including its California-based Cucina Enotecas – offer the A Modo Mio (“my way” in Italian) experience where kids top their pizzas and watch chefs cook them. “It used to be that a night out meant that couples would leave the kids at home, but that’s changed,” says Tracy Borkum, principal of Urban Kitchen Group. “(This experience) teaches them about food and new ingredients and it opens their minds to try new things.” At Stella Barra Pizzeria – which has locations in Illinois, California and Maryland – parents can steal a moment alone while kids roll out dough and collaborate with chefs. “It’s kind of like a babysitter ” says Stella Barra’s partner Corey Milner. “It’s not an extra dollar expense [to offer this], but I would say it takes extra focus and patience from the chef.”

Attention to Organic and Allergens

No matter how diverse palates are today, smaller kids still want staples such as chicken strips or pasta and sauce. But improve on the standbys by making them organic, all natural, sustainable or locally sourced to appeal to parents. Attention to allergens will also score with them.

Basic Kitchen’s kids’ menu offers healthy options – think grilled chicken with veggie noodles and brown rice – but servers are trained to chat up parents about children’s preferences and customize allergy-friendly plates on the fly, like a vegan grilled cheese on gluten-free bread. “[Allergies] can be stressful, so we train our staff incredibly well to identify allergies and know how to work around them,” says Freihon.

The Meatball Shop, with locations in New York City and Washington, D.C., has seen young families grow as a dining segment. In 2010, young people stopped in for late-night eats after a night of partying. “Now,” says marketing director Natasha Miller, “they are coming with their growing families and keeping The Meatball Shop part of their lifestyle.” Kids create their own meatball meal by marking up the mini meatball menu. The food itself is the same as for adults, just in smaller portions. 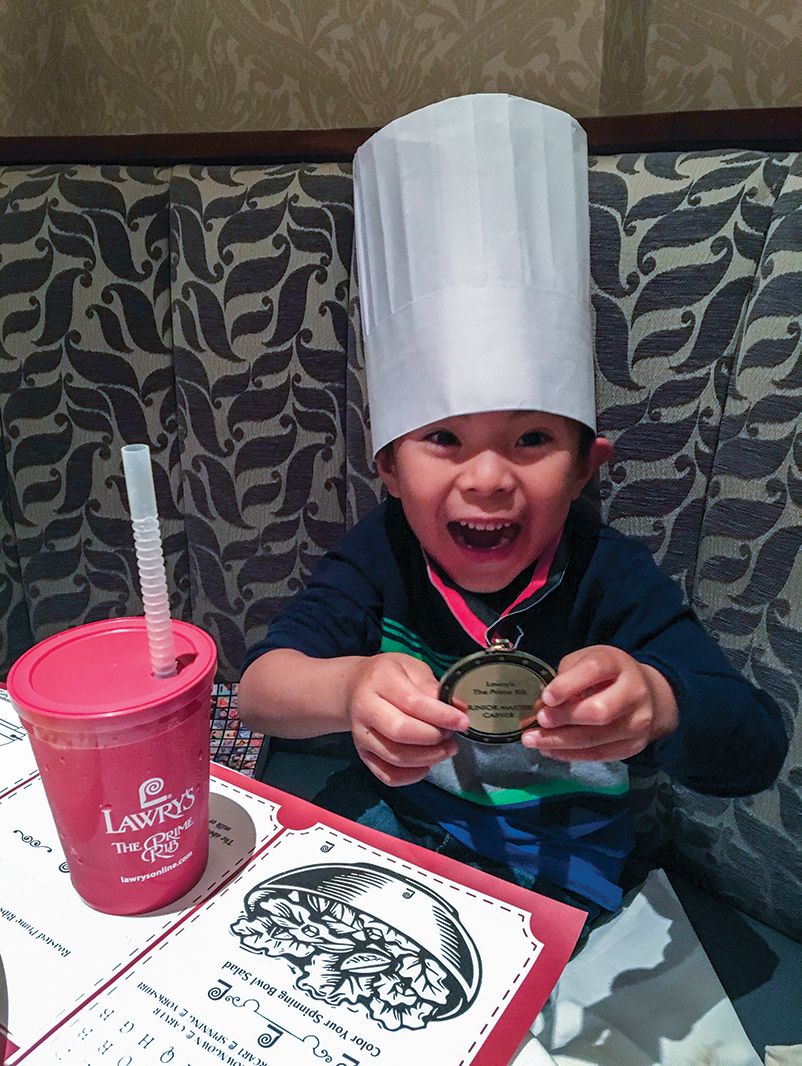 When Chicagoans Van and Cindy Do dine at Lawry’s The Prime Rib in Chicago, they accrue points through the Lawry’s VIP Rewards. Thanks to Lawry’s Junior Carver program, their son Alex now has his own punch card and can earn a free meal, medal and chef’s hat after four meals. “It turned it into a game for him,” Van says. “He knew there was a prize at the end where he would get a medal and chef’s hat and he was very much looking forward to accomplishing that.” Alex’s choice for his birthday this year? Lawry’s, of course.

When parents choose the $86 seven-course tasting menu at Trummer’s, their children can opt for a $38 five-course Petit Gourmand tasting menu. “I think a meal is so much more than just food,” says Trummer. “It’s the time you’re spending together, experiencing different flavors or textures or trying new things.” The menu changes, but meals often end with Campfire S’mores roasted tableside. 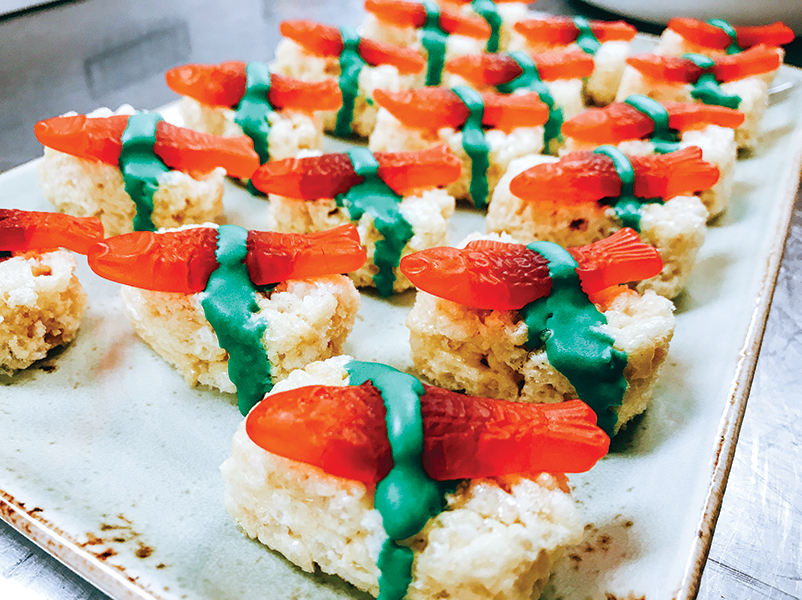 While tablets may be today’s go-to distraction, old-school books can create irreplaceable memories. The Living Room at the Park Hyatt New York teamed up with book publisher Phaidon to offer “Feed Your Mind + Stuff Your Tummy,” a $35 three-course prix-fixe meal with a book kids can take home. Courses range from classic (chicken noodle soup, spaghetti, sundae) to adventurous (kale salad, salmon bento box, miniature eclairs) and eight book options for different ages. “It’s about creating an experience and a memory for children and families,” says Patricia Galas, director of marketing communications, “which will then hopefully make you want to come back and tell your friends and be loyal.”