“I was sexually harassed” are words that no restaurant operator ever wants to hear.

Curbing harassment is crucial to a safe environment for all employees. It can be especially tricky territory to navigate when a seemingly innocent joke to one employee can be hurtful or offensive to another. These matters are often emotional, complex and require a good amount of sensitivity.

Restaurant workers report high levels of harassing behaviors from co-workers (80 percent), as well as managers (66 percent), according to the Restaurant Opportunities Centers United, a nonprofit that supports higher wages and better working conditions in foodservice.

The restaurant industry is the largest source of sexual harassment complaints filed by women with the Equal Employment Opportunity Commission. However, women aren’t alone in facing harassment; 46 percent of men in foodservice agree “sexual harassment (is) an uncomfortable aspect of work life,” according to ROC’s 2014 report, “The Glass Floor: Sexual Harassment in the Restaurant Industry.”

No operator is immune to the possibility of sexual harassment occurring in the workplace, but staff should be aware of the methods for handling and preventing it. Five seasoned operators weigh in with their experiences. 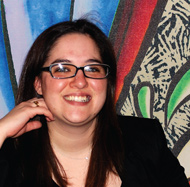 “Usually, the person violated feels extremely vulnerable, and the harasser could have a whole range of feelings. The most important thing is to remain unbiased and gather facts. It doesn’t matter who works harder or who is more likable. It’s hard to prevent (harassment) because something someone thinks is harmless, or fun and games, can be devastating to someone else.

“Your staff has to trust and believe you will resolve issues quickly and sometimes quietly. We had our staff go through sexual harassment classes to have a real understanding of what is appropriate and what isn’t and what to do if you feel harassed. The best thing to do as a manager is to be consistent. Be consistently approachable, be consistently open to conversations with staff, and be consistent in the standards you set.”

Backstory: Puccio studied hotel and restaurant management at the University of Houston’s Hilton College and managed Houston restaurants Haven (now closed) and Kata Robata, among others. 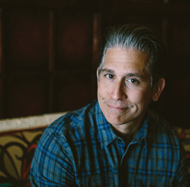 “It’s really important that I provide a safe and comfortable environment for the people who work for me and the people who are our patrons, our guests. When people imbibe, their inhibitions go away. There have been times when a customer has gotten out of line. You get one warning, and a second time, you’re barred. The best way to combat (harassment) is to make sure you know your staff as well as possible. If you see someone who has less of a filter with the things they say, you can say, ‘Look, you think it’s funny. I get that, but leave it outside.’”

Gene Zimmerman, proprietor of The Courtesy Bar and DoveCote in Orlando, Florida

Backstory: Zimmerman grew up working in the bar and restaurant industry and served as a sales director in wine supply and distribution for more than 20 years. 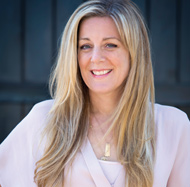 “The big thing with hospitality is that people are spending a lot of really long hours, and there’s a social aspect even in a professional setting. There’s a blur between personal and professional life, so sometimes that’s where this industry can differ from other industries.

“The most important thing is prevention. That comes down to creating a culture in your organization that embraces the same values that you do. It’s really important to hire the right people with the right attitude who are going to represent and embrace the culture you want to foster in your organization. If you make a (hiring) mistake, address it quickly and move on.

“There could be an instance (of harassment) where something is being misinterpreted, and it can be addressed immediately. Then you can stop the problem before it gets bigger. You have to hear all sides of the story and do a thorough investigation. Over the years, I’ve seen true complaints, false complaints, in-the-middle complaints, misunderstanding complaints. I can’t say I’ve ever seen the exact same thing twice.”

Backstory: Meghie serves as co-president of Becker Ventures and is the owner and operator of Hard Rock Hotel in Chicago. In addition, she opened Jamaican restaurant Mr. Brown’s Lounge in 2009. 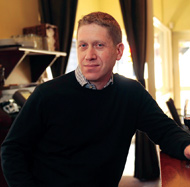 PUT EVERYTHING IN WRITING

“We have a formal policy in our handbook. All employees have to sign off on that policy. It’s very specific; we have to list the behaviors that we won’t tolerate. It’s not going to work to just say, ‘Don’t harass people.’

“I believe in putting everything in writing, whether it’s a service standard or a wine description or a behavioral standard. If it’s not on paper, you really have nothing to go on. We can’t afford a human resources professional, but we have outsourced to a company that specializes in it. It’s a disinterested third party that can investigate what’s going on. That’s been a great move for us.” 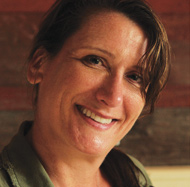 “We get ahead of it as best we can by doing an annual harassment training at each of our restaurants, explaining that both quid pro quo harassment and creating a hostile work environment will not be tolerated. Farmheads has an open-door policy, and team members can come to any manager or owner if they don’t feel comfortable going to their direct supervisor.

“When we are made aware of potential issues, we address them immediately. We do our best to keep the matter as confidential as possible but ensure both parties that any behavior that makes another employee uncomfortable must stop immediately. We always hope that it can be a teachable moment, letting people know what is and is not acceptable and helping them grow. But based on the severity of the issue, there have been times we have had to terminate employees.”

Backstory: Mulligan opened her first bar in San Francisco in 1998 and now operates three restaurants for Farmheads, including Farmhouse in Evanston, Illinois, and Farm Bar and Farmhouse in Chicago.