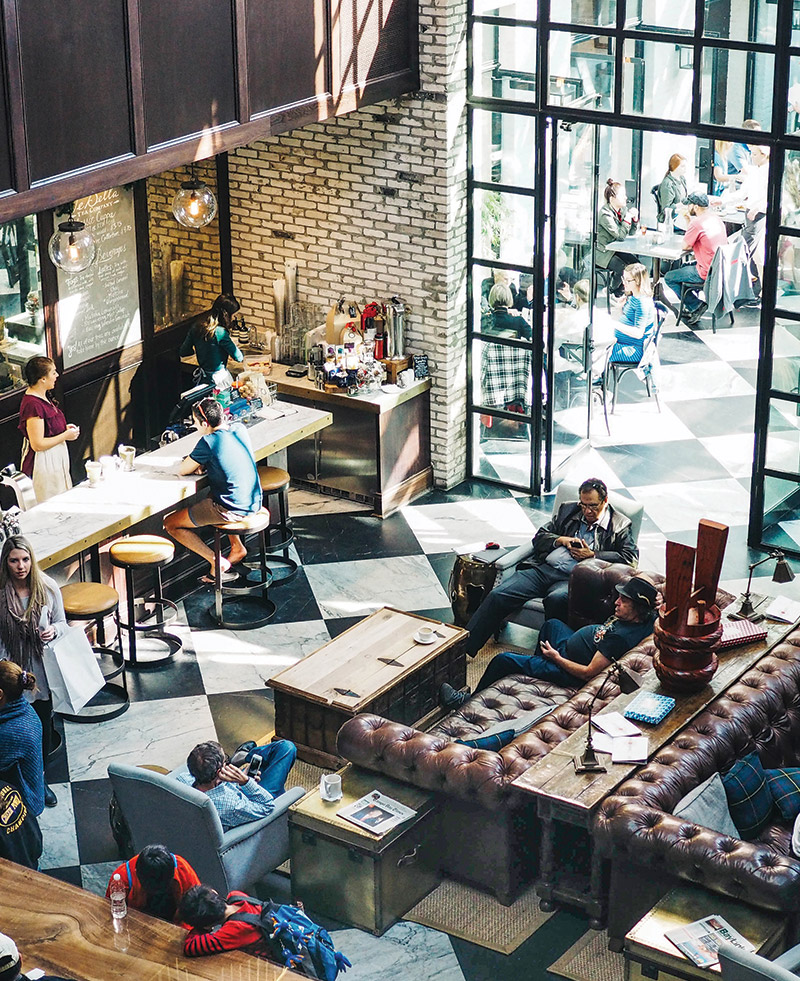 After a year unlike any other, restaurant owners are finding that the pandemic may have an unexpected upside: There’s no better time to hit the reset button.

The “dirty little secret,” as Michael Roper calls it, is now out: “Restaurant food is vastly underpriced,” says Roper, who has owned Chicago gastropub Hopleaf since it opened in 1992. “We’re at a unique moment where customers understand more about the restaurant business than ever before.”

Roper and other operators hope to take advantage of this moment by raising prices and introducing charges to improve historically razor-thin margins and low workers’ wages.

Still, in today’s uncertain climate, such moves cannot be made capriciously. “When restaurants are on life support…and when we have a consumer that is fearful and challenged, it’s hard to build in higher charges,” cautions Stephen Zagor, a New York-based restaurant consultant and educator.

Yet, that’s precisely the route operators are taking – with notable success – by following a strategic and methodical plan.

Hopleaf, a beloved neighborhood restaurant, serves elevated pub cuisine that’s costly to source and labor intensive. Roper felt he always had to compete on price with national chains. “Now we charge what we need to charge,” he says.

To prepare for resuming on-premise dining this year, Roper looked at the expense and profit margin of every menu item. Overall, the prices of about half the menu increased – but not significantly. Sandwiches cost $1 or $2 more, and draft beers are an additional 25 to 50 cents. Some of the one-time loss leaders, like the steak, will increase by $5 to $7; others, like a duck Reuben sandwich, will become occasional specials.

Such per-item changes can make a big difference to the bottom line, proving that a little can go a long way.

Zazie, a bistro and brunch hotspot in San Francisco, takes a “whole picture” method as a way to more equitable pay through an all-inclusive model. Six years ago, it eliminated tipping and raised menu prices around 20%. Now, Zazie’s servers get 12% of their sales, while the back of the house and support staff split 12% of the restaurant’s sales during their shifts.

“It evened out the playing field for the back and front of the house,” says Zazie co-owner Megan Cornelius. “This model is not only possible but profitable.”

The prix-fixe menu should allow for a mix of lower and higher food costs items, but instead of a loss leader, add a supplemental price. At The Vault in San Francisco, for example, the lamb loin tartine entrée choice had a $10 supplement price for the $49 prix-fixe brunch that included four starters and two desserts to share.

3. REPLACE TIPPING WITH A SERVICE CHARGE

Operators can point to a variety of reasons why eliminating tipping failed to achieve mass adoption several years ago. But that was before the pandemic that has permanently or temporarily closed more than 110,000 restaurants nationwide, and service charges became commonplace as a way to offset charges from third-party apps and pay furloughed workers.

“Tipping creates massive wage disparity and is certainly discriminatory,” says Nick Kokonas, CEO of reservations system Tock and co-owner of The Alinea Group, which includes world-renowned Alinea and several other Chicago establishments. When The Alinea Group eliminated tipping and replaced it with a flat 20% service charge a decade ago, the company was able to provide higher, more stable wages to all staff as well as healthcare and other benefits, Kokonas says. 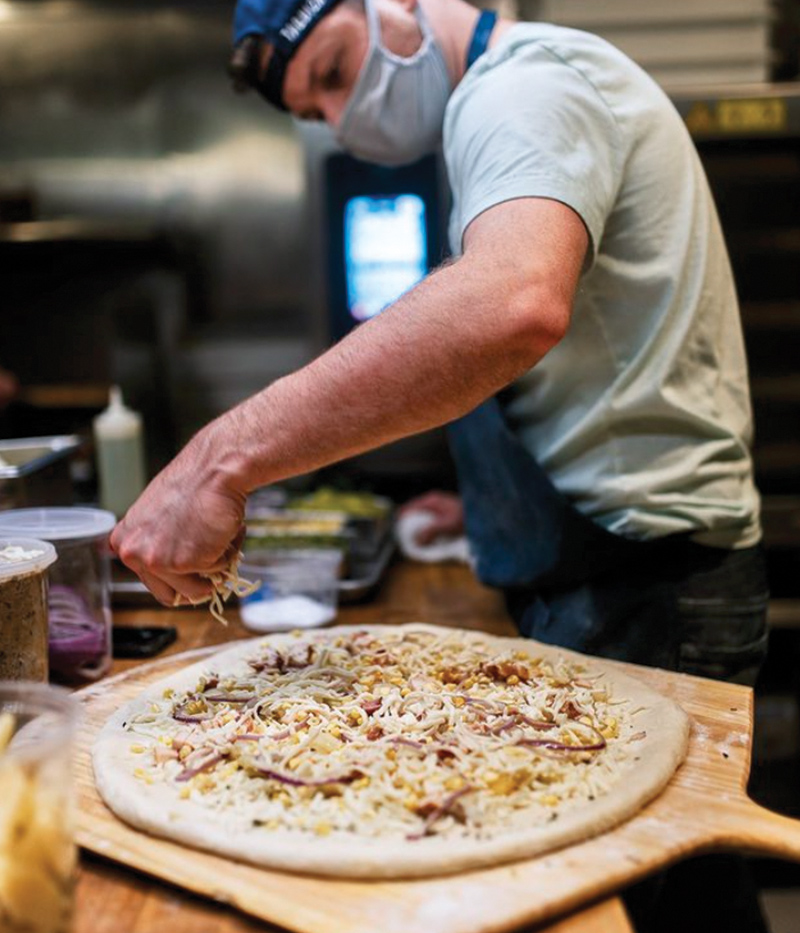 While it helps to be Michelin-starred like Alinea to succeed, Thamee, a Burmese restaurant in Washington, D.C., is proving that such an approach can work for casual restaurants. Thamee cut tipping and implemented a flat 30% service charge last July. “It goes to our employees directly and also indirectly through their benefits,” says Eric Wang, co-founder and partner. Half of the charge goes toward workers’ pay, the other half toward their health insurance and other benefits.

Thamee’s customers, Wang says, did not complain, and most asked to leave a tip in addition to the service charge.

Wang says he’s looking into a hybrid approach that can allow the front of house to accept tips, while a service charge supplements back of house wages.

When the pandemic forced Elmwood in St. Louis to switch from fine dining to takeout pizza, it bolstered its workers’ wages by introducing a 19% service charge – a much easier sell than increased menu prices, according to owner-operator Chris Kelling. That service charge got the front and back of house within “reasonable proximity” of their pre-pandemic pay, he says. When it reopens its in-person dining, Elmwood will keep a similar service charge.

“We want our people to make a living wage,” Kelling says.

Travelers expect to pay more to fly at peak times, while lower fares are offered on traditionally slower days or less preferred times. Why can’t operators follow a similar approach?

Since 2011, The Alinea Group practiced variable pricing, charging more at busier times, less at slower times but starting at a base with a solid profit margin. Pre-pandemic, dining at Alinea cost $70 less per person on a Tuesday than on a Saturday night. “This ensured we were full every night of the week,” Kokonas says.

“This is economics 101,” he says. “Pricing should move in two directions to either take advantage of excess demand during busy times or increase demand during slow times.”

“Multiple reservation types – free, deposit and prepaid – need to be utilized to cut no-show rates,” Kokonas says. His reservations platform, Tock, allows customers to make all three types of reservations. Used by over 7,000 restaurants, Tock says deposits, along with automated text and email reminders, reduce no-shows to under 3%. Prepaid reduces it to under 1%.

After Elmwood reopens its fine dining space, Kelling expects to require a nonrefundable deposit, likely about $50, for parties of six or more. In addition, he thinks his reservation times will come with a two-hour maximum table time. 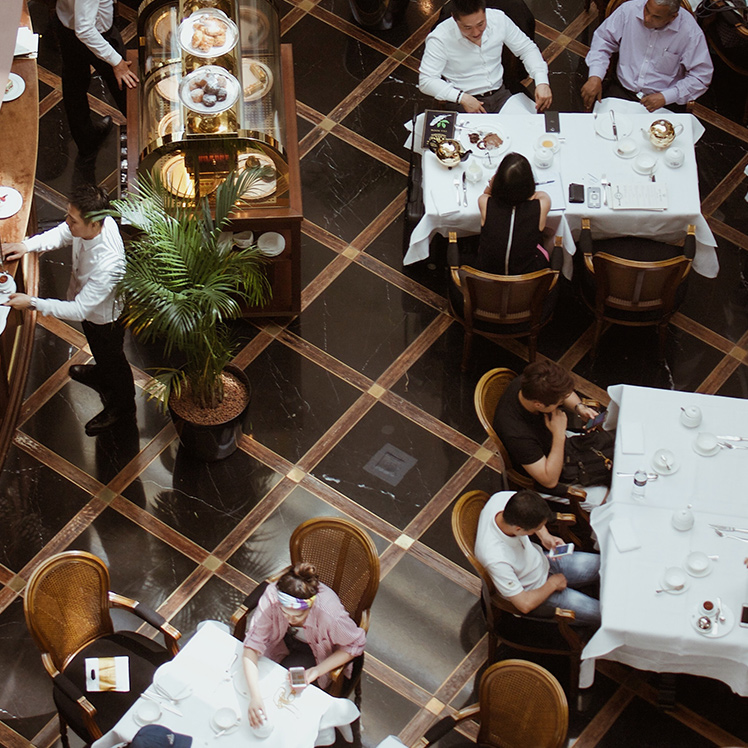 The lack of blowback from customers on policy changes might be the result of pandemic goodwill and the public’s better understanding of restaurant operations. But restaurateurs like Wang, Roper and Zazie say success on hitting reset also hinges on transparency and clear communication about the charges and the reasons for them.

Thamee announced its service-charge policy as “Our Flat30 Manifesto” on its website, subscriber emails and social media platforms – explaining that it provides a livable wage, health benefits and profit sharing.

Instead of shying away from its higher prices, Zazie proudly touts it at the top of its menu and on its website, explaining that all menu prices include a living wage, revenue share and other benefits, and that no tips are expected. “I can’t tell you how many times people take photos of that and post it on Instagram,” Cornelius says. 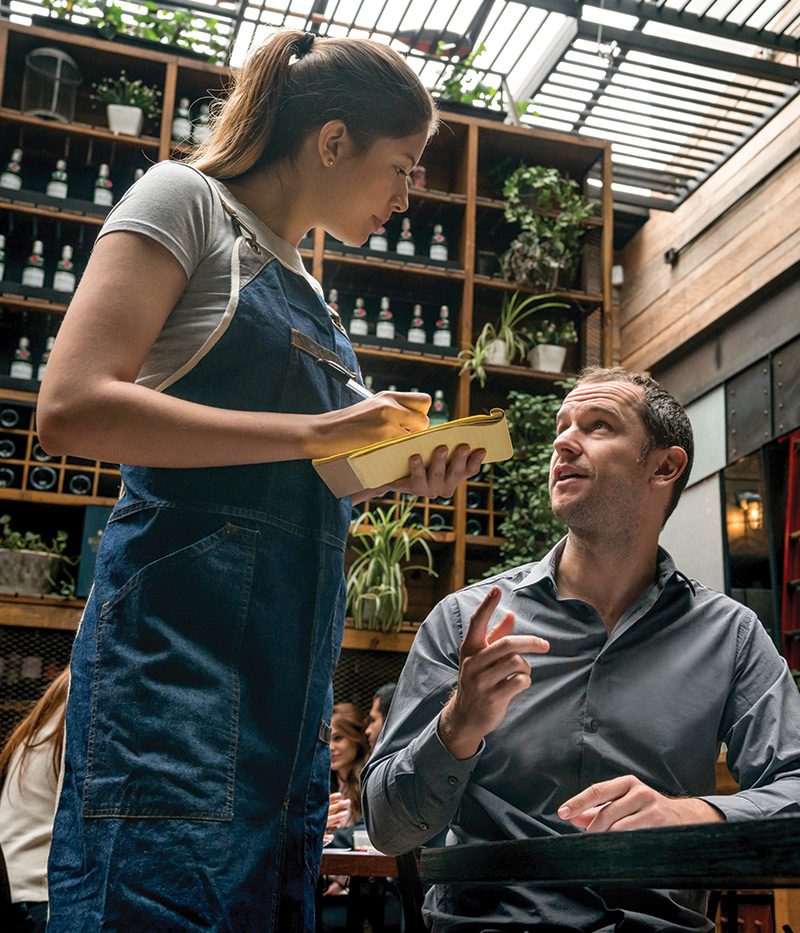