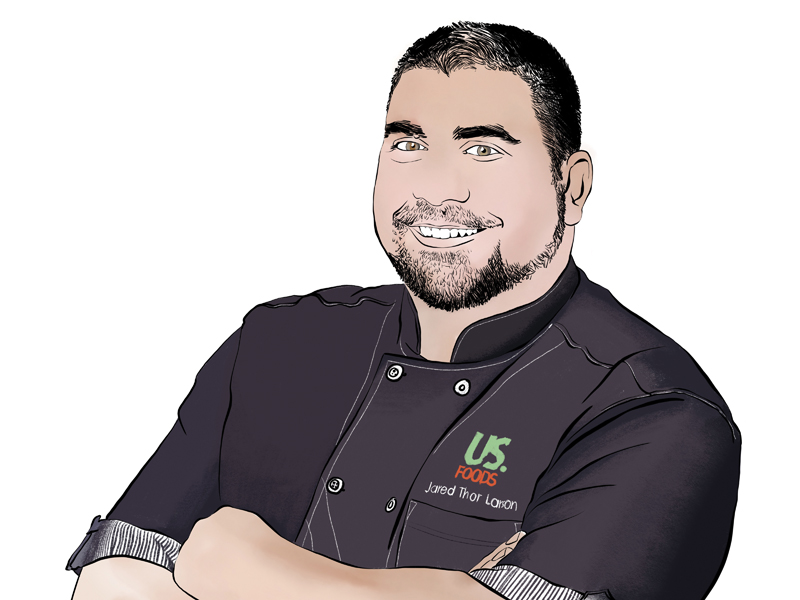 Those born and bred in North and South Dakota are accustomed to an outsider’s lack of knowledge about what makes our plains great.

We’re hardy outdoor people whose favorite foods align with our way of life: ice fishing, snowboarding and embracing the elements. Once you get a taste of what makes these states unique, you’ll wonder why the Dakotas are under the radar.

The foods cooked in our homes and restaurants reflect the terrain—wheat, potatoes, livestock and even honey. Though the background of both states is heavily influenced by Germans, Scandinavians and Native Americans, the geography lays claim to certain foods.

In North Dakota you will find our version of knoephla, a creamy chicken and dumpling soup—with both the soup and dumplings made with potatoes. From Bismarck to Fargo, you’ll find restaurants, such as Kroll’s Diner, touting its knoephla. It would be an anomaly if it didn’t appear on the menu.

Lefse is also out of North Dakota, a potato flatbread made on a flat top grill that cooks up like a tortilla, usually spread with butter, sugar and cinnamon and rolled. It’s mostly eaten at home, though it’s surprising that no one has built a concept around lefse the way things are changing for another favorite: chislic.

Chislic is a South Dakota food, which started out as a way to use tough mutton by cubing and deepfrying it. Served with just about any kind of sauce, it’s a menu staple but only within South Dakota.

In August, Urban Chislic, located in Sioux Falls, opened as the first-ever fried cubed meat concept that was designed to be replicated. Diners pick a protein (lamb, beef, pork or chicken), a sauce (such as Thai chili, buffalo ranch, jaew bong or 15 others) or a rub (garlic salt and vinegar, tangy lime or several others). Dessert is even cubed and flashfried; think chunks of brownies, cookies or rice crispy treats served over ice cream.

Once you get your list of must-try foods, which should also include hot beef commercial (roast beef over white bread and mashed potatoes covered with gravy); pastries such as kolache (pastries filled with a fruit center) and kuchen (cake-like crust topped with custard and fruit) be sure to head over to the Toasted Frog in Bismarck, Fargo or Grand Forks, for a fried pickle. It consists of a pickle spear wrapped in Havarti cheese and an egg roll-type wrapper that’s deep fried and served with a side of ranch sriracha. On a slow night, they sell 80; on a busy one, upwards of 500.

Hospitality is the same, whether it’s a mom and pop shop or a place suited for your Sunday best. That’s because no matter where you go, no one is a stranger even on your first visit.

The Boiler Room, Fargo
Stop at the Boiler Room for a scotch egg that comes with a spicy maple aioli and its version of a tater “hot dish.” Theirs features sweet potato tater tots atop sausage gravy, bacon, cheddar cheese and caramelized onions. 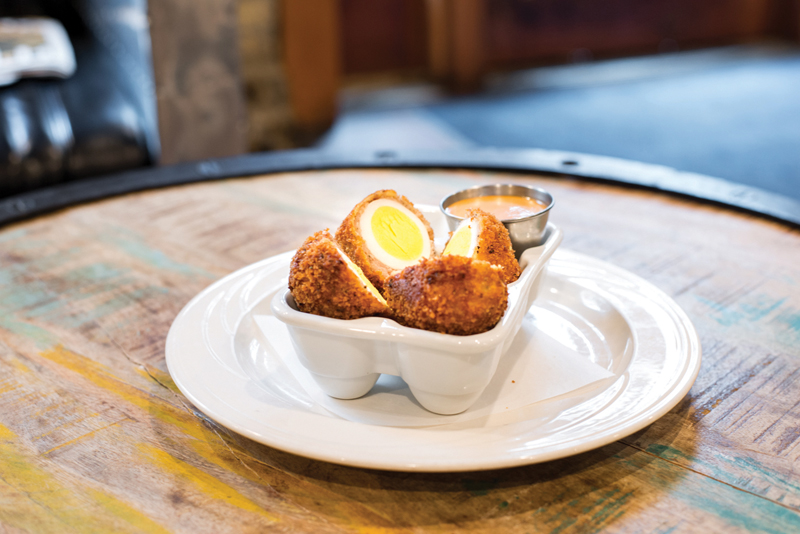 40 Steak and Seafood, Bismarck
It’s a classic steakhouse with equally noteworthy seafood and cocktails, but the standout is the tomahawk ribeye. This dry-aged steak, with its long bone, is Instagramworthy and one of the most popular items on the menu.

Kroll’s Diner, Bismarck, Mandan, and Fargo
You know the tradition of knoephla is valued when it’s made from scratch. That’s why this is the place for it. 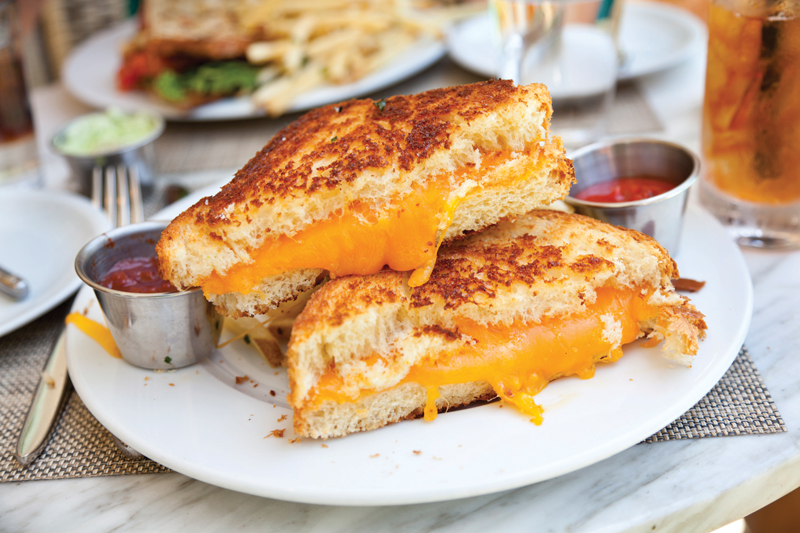 Rosey’s Bistro, Fargo
It’s all about the cheese, but the bread makes a helluva difference, too. Don’t skip any of the variations on cranberry wild rice bread, especially the offering with candied bacon, gouda and roasted tomatoes.

Laughing Water Restaurant, Crazy Horse
“When in the Dakotas, do as the Dakotans do” by stopping at the Crazy Horse Memorial. It’s your chance to try tantanka stew, buffalo cooked with carrots, pearl onions and potatoes served with Indian fry bread.

Flatland Flyways, Hecla
Two nights a month, the kitchen will prepare your game birds. It fits the concept around the lodge and introduces guests to the overall menu.

The Blarney Stone Pub, Sioux Falls
Some restaurants break out Irish food once a year in March, but here the classics, from corned beef and cabbage to shepherd’s pie, are year-round offerings. Since these aren’t light foods, save room for the signature fried bread pudding. You’re welcome. Locations also in Bismarck and Fargo. 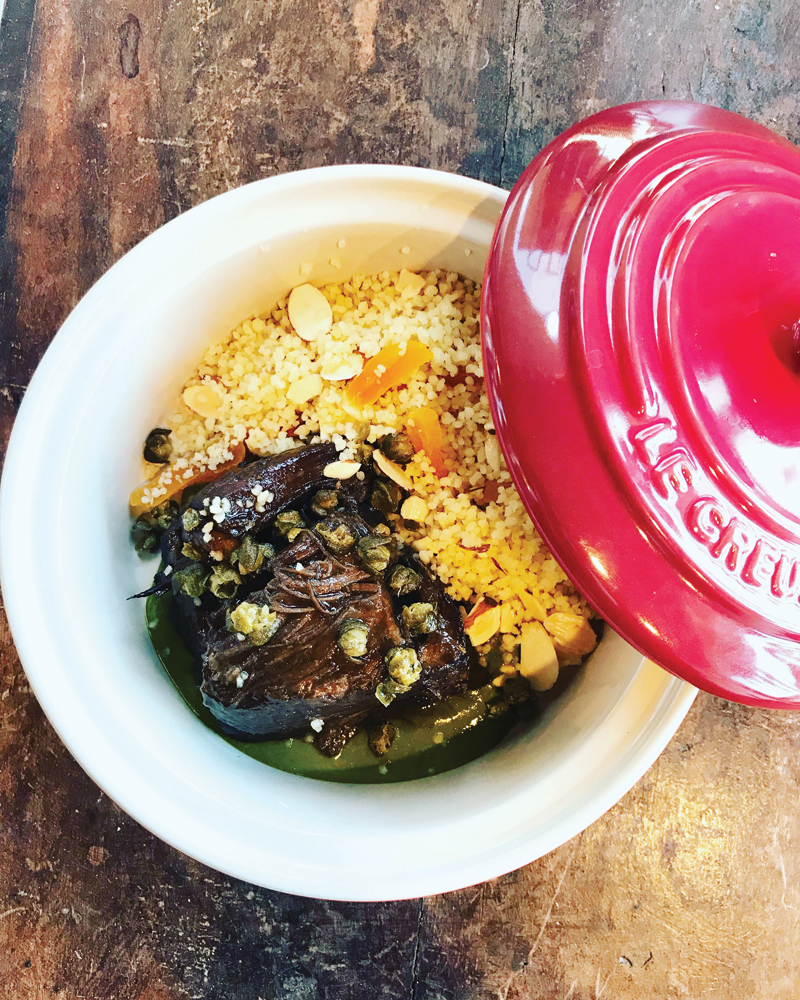 Skogen Kitchen, Custer
This chef-driven restaurant could play with the big dogs in any major food city thanks to owners Eliza Raney (GM) and Joseph Raney (chef). After working with the Patina Group out of Los Angeles, they infuse their Scandinavian heritage and other influences into their breakfast and dinner menu. Think local walleye with potato bacon hash, mint emulsion and sunny-side up eggs in the morning and braised short ribs with green chermoula, couscous, toasted almonds, fried apricots and capers at night.