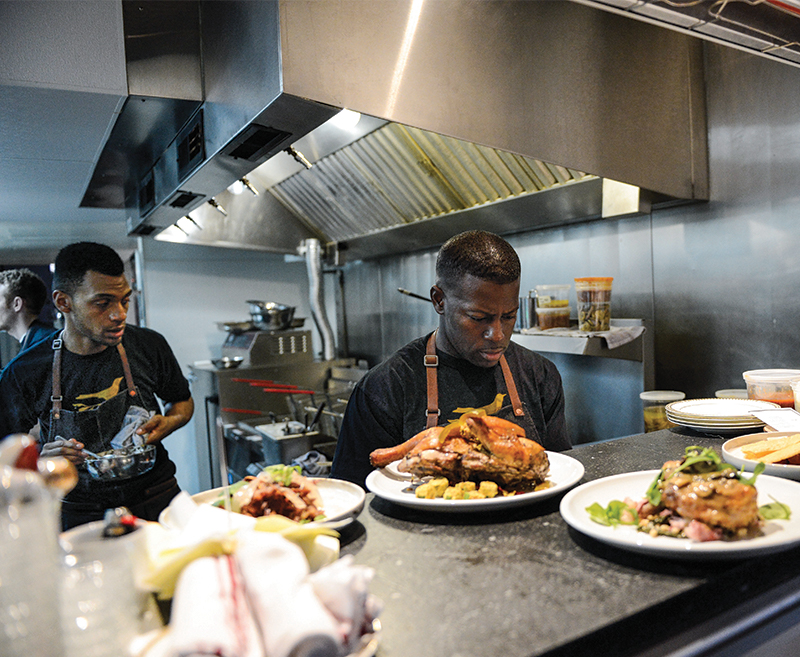 He opened Salare, a nose-to-tail Seattle neighborhood concept first, to prove he could flex his culinary talent like the best of them. Junebaby, his ode to Southern food, came second in 2017, so he wouldn’t be pigeonholed as someone who only exceled at African-American cooking.

Last year, he won two James Beard Foundation awards – Best Chef Northwest and Best New Restaurant, for Junebaby. Praise and awards from local and national media came before, during and after the historic win; Jordan is the first African American to nab the latter award.

Hard work, the wisdom of mentors, and learning from mistakes and achievements landed Jordan right where he wanted to be. But there’s no denying that Jordan, 39, and Junebaby have a compelling story to tell.

Q: You’re intentional about the story behind Junebaby – there’s an encyclopedia with facts on Africa and definitions of Southern food as well as a photo of black plantation workers on your website. Why?

A: Junebaby tells the journey of Southern cuisine, from Africa to the southern parts of America, about what was ugly and beautiful. People dying at the hands of slave owners, ugly. But things happened to make the most beautiful food – the folks cultivating the land, tilling the land, educating the slave owner, feeding the workers and their own families, too. Those were the faces behind the stove and behind the garden and the land. 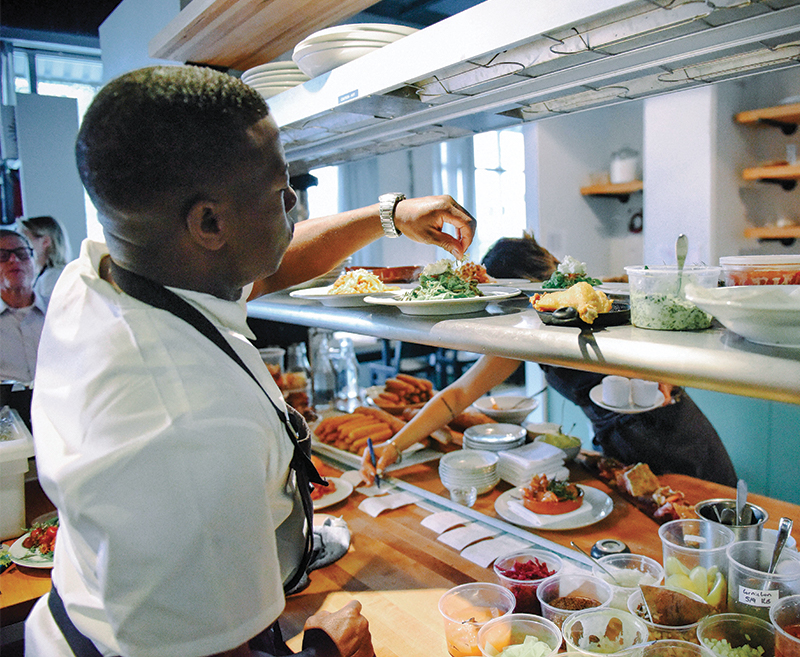 Q: Few chefs of color have become as accomplished as you. What are the biggest obstacles?

A: We don’t have the resources to be in the industry and to access finer dining. A lot of us come from underprivileged areas, so to make a living in this industry – with the number of hours required – it’s a major sacrifice on you and your family to make it happen. Those who can make the sacrifices have to look at opportunities. How many are given and taken by people of color to run a kitchen?

Q: What can be done?

A: Chefs and owners have to open their eyes and understand that everyone comes from different backgrounds, resources and circumstances. It’s not cut-and-dried. If you don’t meet this preconceived mold, you may need an extra boost or a different platform. How do you surround that person with other folks and feel comfortable in the position? How do you allow a leader to shine and provide opportunities? It’s building a support system, being a great mentor, recognizing small everyday accomplishments – all of those things come into play, which we often take for granted. 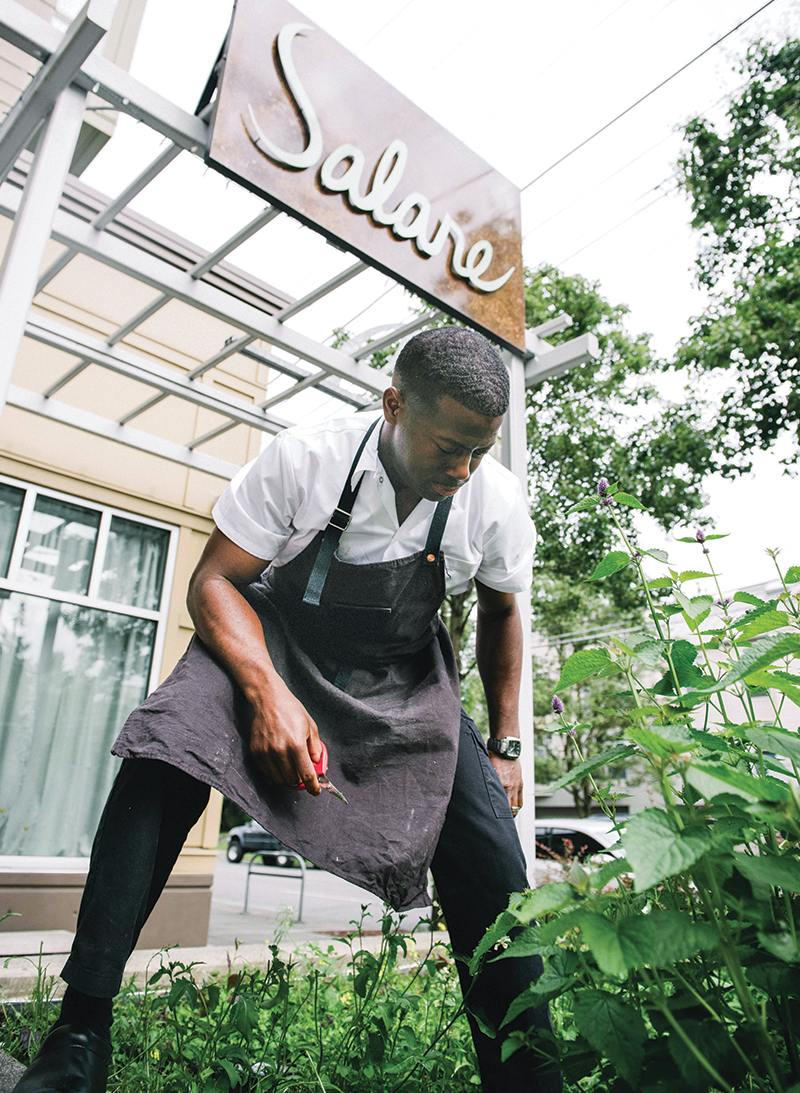 Q: Double James Beard award and a long list of other culinary wins are life-altering. How have you handled the demands of your time and expectations – your staff and the lines of customers?

A: We do it (food and service) even better and knock it out of the park. We’ve sustained our business. We have a better eye for making sure everything is on point. There’s a lot of inspirational talk and correctional talk (with staff). I can’t be on the floor at every moment, (but) you have strong leaders and reports (on progress). As a leader, you embrace those who show the most talent. When someone meets their challenge – trying to go to the highest peak – what’s next? If there’s more in your organization, you should give them more opportunities, but it can also mean climbing the same peak more than a few times. You try to invest in them and allow them to grow with you.

A: I remember when I was a young cook, Corey Lee (formerly of the French Laundry) complimented me. That’s with me forever.

❱ Grew up in St. Petersburg, Florida, and graduated from the University of Florida with degrees in business and sports management

❱ With Lucinda Grain Bar up and running next to Junebaby, he plans to expand into housemade products, such as pickles, and retail. A non-food venture is also possible.