Losing a chef has a far bigger impact on the kitchen than a departed dishwasher or line cook considering that countless restaurants close after a high-profile chef walks. In 2011, Avenues, the two-Michelin-star restaurant at The Peninsula Hotel in Chicago, shuttered after its executive chef left to open his own concept. St. Charles Exchange in Louisville, Kentucky, called it quits after its chef resigned amid accusations that the restaurant failed to pay its vendors. The Durham House in Houston closed in June 2016 after losing two big-name chefs in less than a year.

Since turnover is inevitable, it’s essential to know how to handle it. “You can’t let changes in the back of the house—even major changes like losing a chef—affect staff morale or the guest experience,” says Jason Raducha, owner of Noble Eatery in Phoenix.

Turnover in the restaurant industry is high—and climbing higher. The Bureau of Labor Statistics reported a whopping 72.1 percent turnover in 2015, up from 66.7 percent in 2014, which marked an increase for the fifth consecutive year. When Raducha faced turnover at his own restaurant after the departure of his executive chef in August, he knew it would be stressful, but he also knew it was important to stay focused. “We were down a set of hands, so the immediate question was, ‘How are we going to make sure there are no hiccups in our service?’” Raducha says.

Lesson Learned: Promote from Within.
When the executive chef left The Asbury in Charlotte, North Carolina, last spring, Chef de Cuisine Matthew Krenz was promoted to the top spot. “Because I was already part of the team, it was business as usual,” Krenz says. “It wasn’t as big of an adjustment for the staff as it would have been if someone had been hired from outside.”

It’s always disruptive when a chef leaves, says David Kincheloe, president of Colorado-based National Restaurant Consultants. But having a good staff in place can calm the chaos. “You can minimize the disruption if you have a good No. 2 who can step in and take over,” he adds.

Club Lucky in Chicago has lost three chefs in the last six years. At one point, the restaurant spent five months without a chef, which was challenging, says Thomas Kleiner, executive general manager. “Fortunately, we have a great foundation of other employees—including a sous chef who has been with us for 17 years—who keep things running,” he says. “The stress is not as high when we’re in a transition period because we have a great team.”

But transitions don’t always go according to plan; chefs leave on bad terms before their replacements can be named or trained, and promoting from within may not be possible. “When a chef leaves, it puts the restaurant into a challenging position,” Kleiner says. “Everyone has to pick up more work to keep the team going.”

Lesson Learned: Over-communicate.
Raducha credits communication for keeping the line functioning after the departure of Claudio Urciuoli, his executive chef. Raducha and Urciuoli even approached kitchen staff together to share the news and reassure them that there were no hard feelings. “I kept staff in the loop about what was going on to make sure they were comfortable during the transition,” he says.

Keeping the lines of communication open can also make it easier for an incoming chef. At Club Lucky, Kleiner spends time talking to potential hires about their personalities as well as their culinary skills. “We try to gauge, to the best of our abilities, how a new chef will fit in with our team,” he explains. “We want a chef who understands that we rise to success and reap the rewards together, who has an understanding that we are successful because we have great food and a great team.” 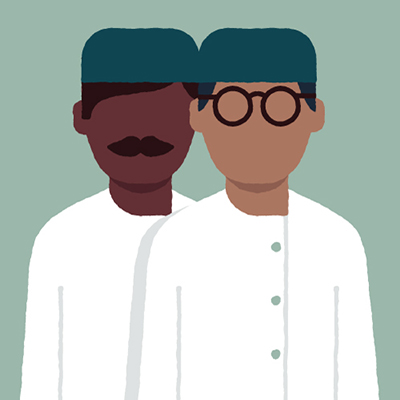 Tension in the kitchen? Follow these six tips to repair a chef and owner relationship that’s on the skids—and know how to let go when it’s time.

Set aside time for a heart-to-heart. Instead of hashing things out in a corner of the kitchen, seek a quiet place to talk through the issues and see if resolution is possible.

A single conversation is unlikely to solve the problem. A fractured relationship takes time. Set new expectations and demonstrate ways to improve.

Oversized egos are everywhere in the kitchen. Don’t fan the flames by yelling and humiliating a staffer. Remember, being disrespectful is never justifiable.

Acknowledging your role in the conflict is the first step in repairing the relationship. The tension between leadership makes it harder for the entire team, and playing the blame game doesn’t solve anything. Hitting reset and moving forward can make a difference.

The chef and owner relationship is like a marriage: Separating is sometimes the best option. If you’re not happy spending 80 hours a week with someone, the relationship may not be worth salvaging.

If losing a chef would derail the restaurant, offering him or her a financial incentive to stay until a replacement is found may help keep the kitchen steady. Set expectations as well as a specific end date.

Jodi Helmer is a writer whose work has appeared in numerous business publications, from Forbes to Fast Company. Follow her on Twitter @HelmerJodi.