FROM FILMMAKERS TO HIGH-PROFILE POLITICIANS, POWERFUL PEOPLE ARE BEING ACCUSED OF SEXUAL HARASSMENT AND, IN SOME CASES, BEING HELD ACCOUNTABLE FOR THEIR ACTIONS.

Restaurateurs are no exception. On the heels of industry-shaking allegations against John Besh last fall, revelations of sexual harassment leveled another powerhouse: Mario Batali.

A pattern of inappropriate behavior was alleged by numerous women, and as a result, Batali stepped down from day-to-day operations of his restaurant empire late last year. Within days, similar allegations were made against Ken Friedman, the restaurateur behind New York City’s Spotted Pig, which implicated Executive Chef April Bloomfield for knowing about the alleged “rape room.”

As allegations continue to surface, operators are swiftly reacting. Tom Colicchio published an open letter that challenged male chefs to “do more than pay lip service” to fixing the problem. The management team at Chicago’s Piece Pizza and Brewery sent a company-wide memo that urged its staff, “Please do not remain silent.” Even Batali’s namesake restaurant management company, Batali & Bastianich Hospitality Group, said it will employ an independent agency for staff to report owner misconduct.

While operators take steps to head off problems, it remains uncertain if they can reform a legacy of crude kitchen culture. A 2014 report from Restaurant Opportunities Centers United indicated that sexual harassment was “endemic to the restaurant industry.” The following operators seek to create lasting change. 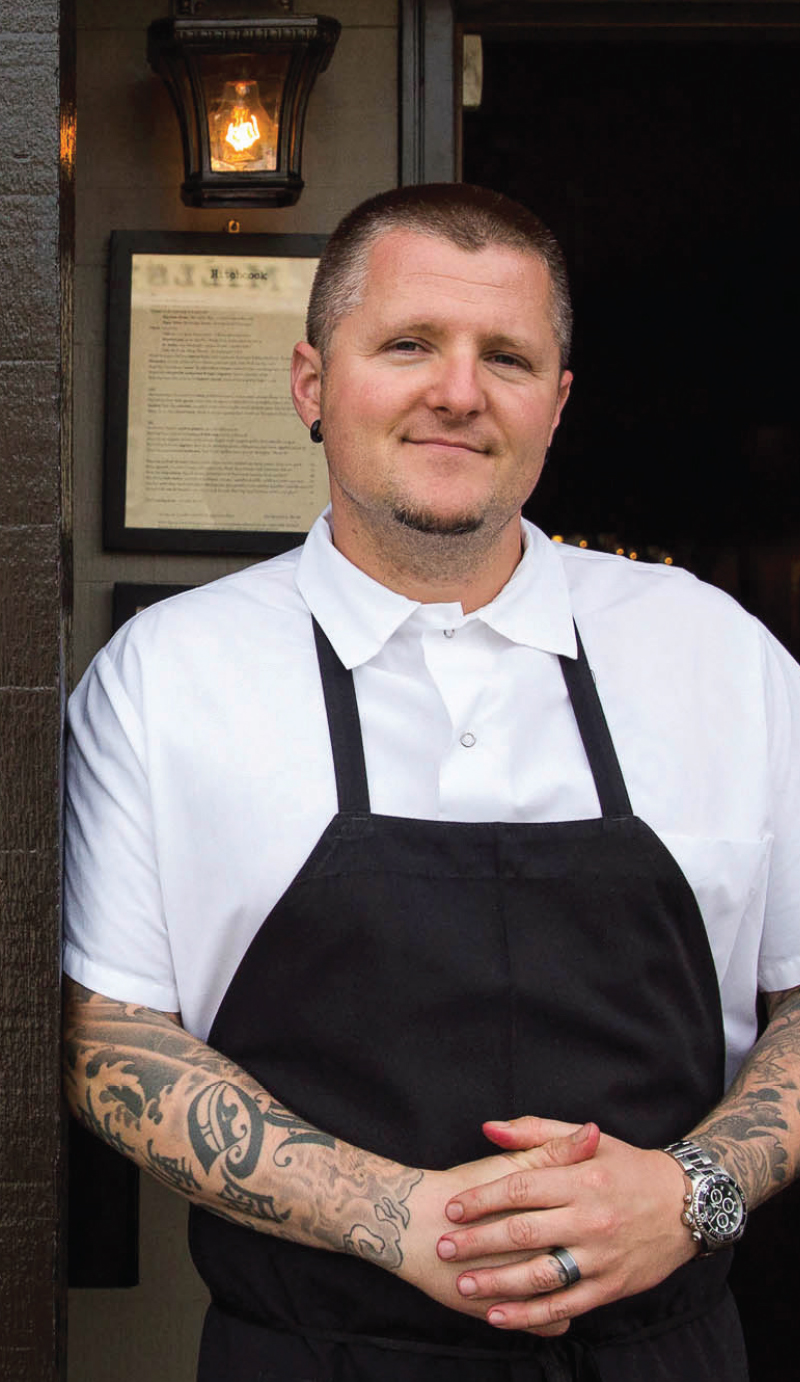 BRENDAN MCGILL
Chef-owner of Hitchcock Restaurant Group, which operates six restaurants in the Seattle area
Backstory: Worked his way up from a dishwasher position in Alaska to opening his flagship casual fine dining spot, Hitchcock, in 2010. Later, he expanded his portfolio to include a deli and pizzeria, while earning a James Beard semifinalist nod for Best Chef Northwest.

“I’ve thought about ‘kitchen talk’ a lot more in the past few years than when I was younger. The common language shared by cooks across the world is vulgarity; I have cooked in kitchens from Ecuador to Iceland, and the jokes are ubiquitous and not PC. It’s like every object in the kitchen is viewed in its capacity to commit a sexual act. It came to my attention that a young cook wasn’t comfortable with some references I made to an oyster’s anatomy. ‘Labia’ is the technical term for the part of the oyster I was instructing her not to disturb, and, of course, I recognize the ‘joke,’ but when word made it to me that she found it offensive, I stood corrected. If it made her uncomfortable, I was failing as a mentor and teacher. My only goal was to show her how to open the oyster. I think it’s what they call a teachable moment. A word that seems innocuous, even technical in this sense, could make someone uncomfortable, and you’ve got to respect that. Bottom line: When someone raises an issue, we’re listening. Now I call it the mantle instead.”

“Considering the current climate and the fact that it is being discussed in the news so much lately, we’re in the process of reminding our staff of the details of our policy, and plan to bring in someone to retrain our staff on sexual harassment and what to do if you feel that you are a victim or uncomfortable.

There are varying degrees of what can be inappropriate in a work environment versus other environments. We think it is a good idea to enlighten all staff members about the implications of these comments and actions, what’s happening in the world, and why we wouldn’t want it to happen to anyone here. With everything going on, it is only responsible for every company to retrain and allow for questions and discussion.”

PAUL FEHRIBACH
Chef-owner of Big Jones in Chicago
Backstory: Started his career in Indiana before relocating to the Windy City, where he opened his Southern-inspired spot, Big Jones, in 2008. Three-time James Beard nominee for Best Chef Great Lakes.

“When we had an incident of sexual harassment, the offender was ordered to stop and did stop, and an apology was given. Nip it in the bud. It’s not hard and does not threaten your business. But the key is being available and open so that employees will feel empowered to come to you if they are experiencing poor treatment from someone else on the staff. It can make one feel weak or threatened to report incidents, so management must be very proactive in creating an environment in which employees know that they not only have the right to a safe workplace, but a responsibility to report any incidents in which they or another employee’s well-being is threatened. It can be easy to let isolated incidents slip by, and we have to work tirelessly and relentlessly to make sure that doesn’t happen.” 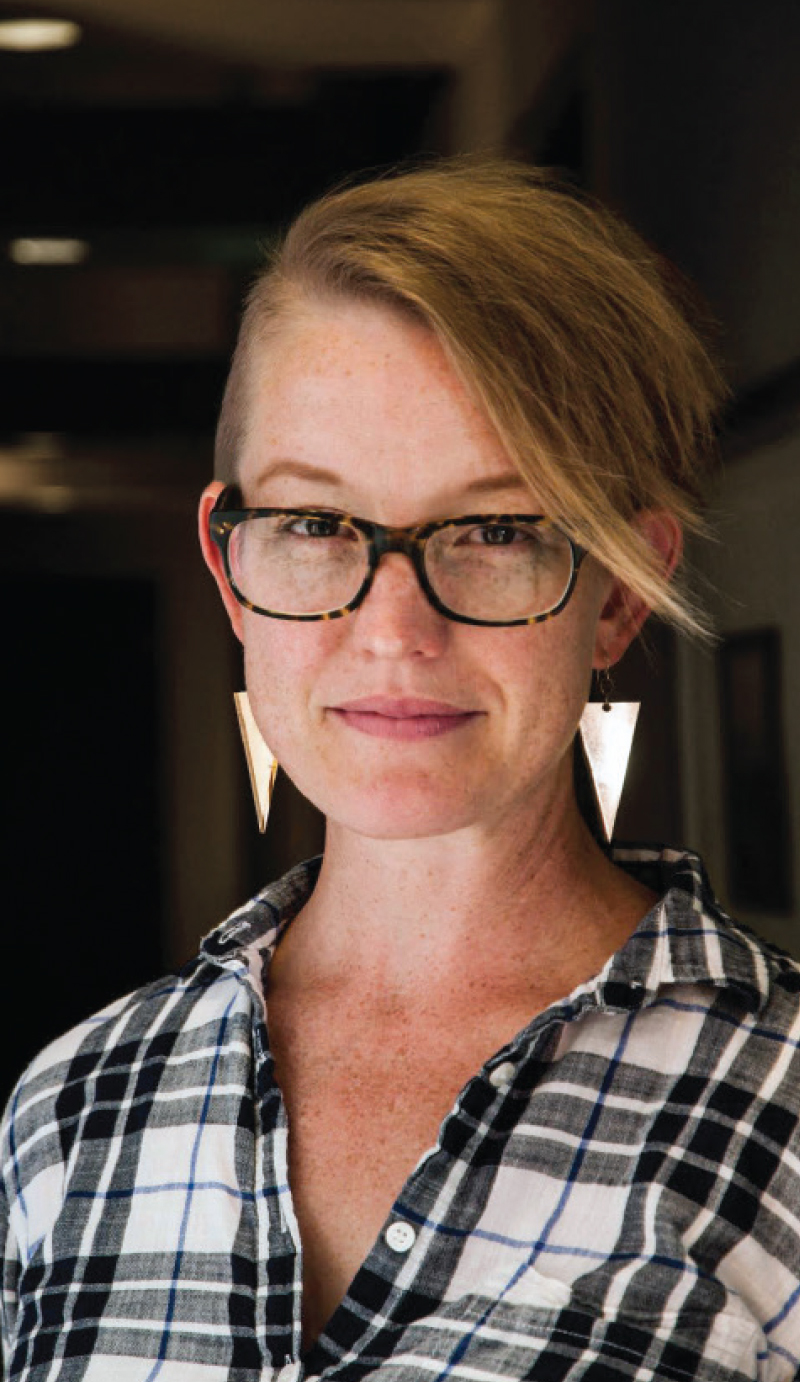 WHITNEY ARISS
Culinary director and co-owner of The Preservery in Denver
Backstory: Worked her way up at Whole Foods and Marczyk Fine Foods before opening The Preservery, a seasonal restaurant, marketplace and music venue with business partner and husband, Obe, in 2016.

“As a woman in the restaurant industry and a restaurant owner, I have always felt a strong sense of responsibility to create a safe work environment for all our team members. (Recent incidents) provoked a lot of reflection on how we can do better as we grow as a business. We have a zero-tolerance policy, which remains the same, but we are re-evaluating our reporting procedures and making sure we identify easy, safe ways for team members to report issues. We are a very small team of 15, so we don’t have an HR department, but we do have HR policies and practices.” 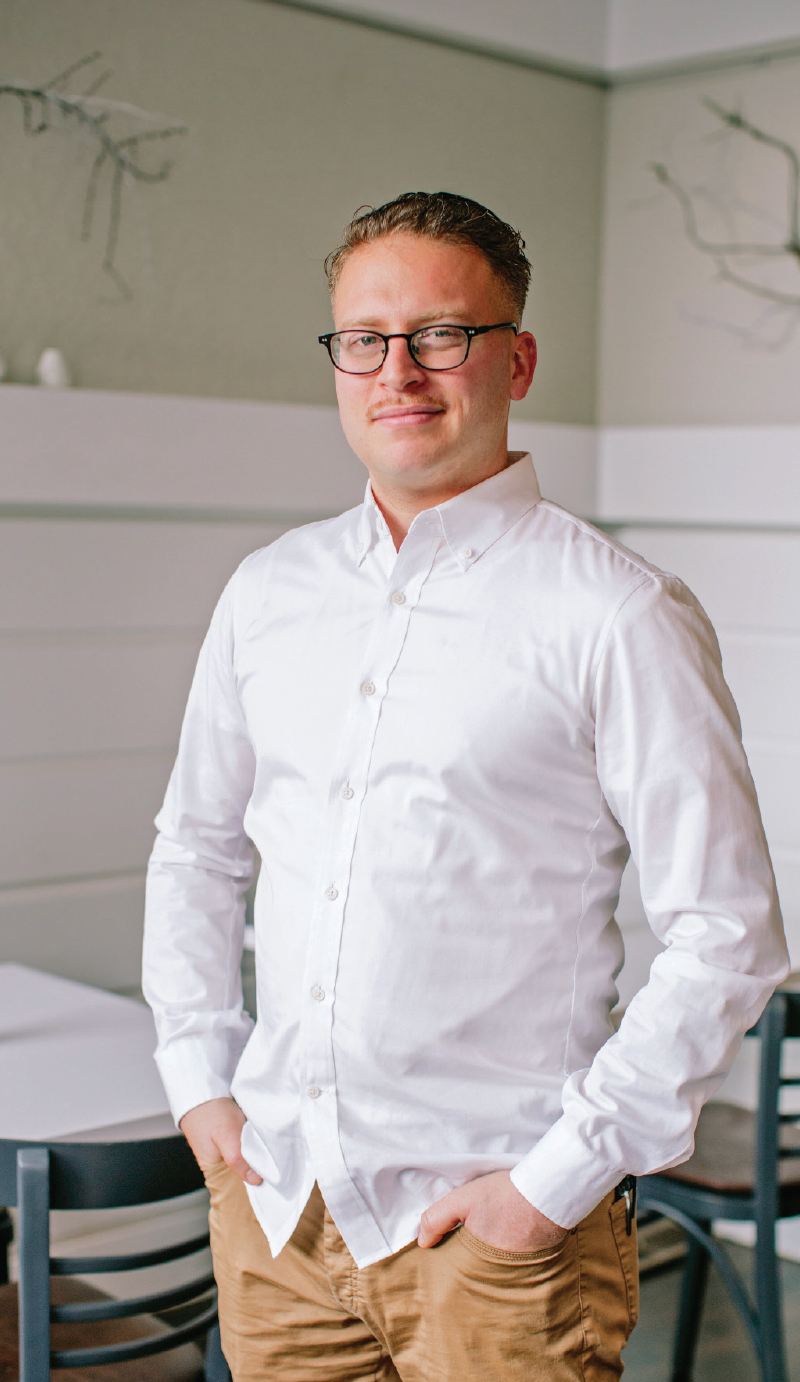 “Sexual harassment is a rampant issue in the restaurant industry. And as we are now seeing daily, we aren’t alone as restaurants. It’s everywhere. Acceptance of it is apparently endemic to the way business is conducted in this country. We want to see change industry-wide, so we are hosting a public panel to discuss this issue and possible courses of action. One of the things that I am really hoping to discuss on that day, and in the future, is what people should do if they don’t know who to report to or how. This could be because of a lack of training and communication, or as we are seeing over and over, because the harasser is your manager or the owner of the restaurant.”