“We talked about having empathy for other people. We talked about suffering in the world,” Kadens says of his father, Michael Kadens. “He just taught me a lot of stuff in those Monday night discussions at pizza parlors.” 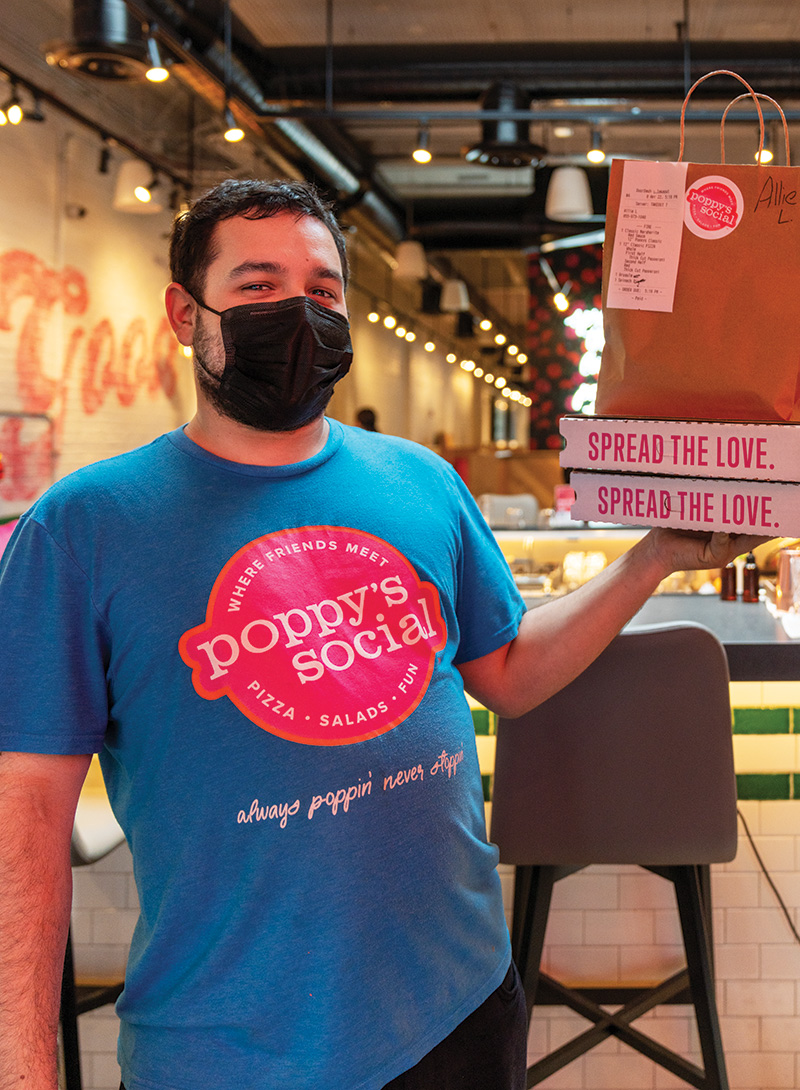 These one-on-one outings put him on a path to addressing social equity. In 2020, he paid full tuition for a senior high school class in Toledo, Ohio. Last September, to reframe the narrative on the restaurant industry, Kadens opened Poppy’s Social in Glencoe, Illinois, an upscale suburb of Chicago.

The restaurant’s model is aimed at giving the less advantaged, such as the previously incarcerated or those with a spotty work history, a second chance, while providing a livable wage and equity in the business. All full-time workers are offered health insurance and earn at least $20 per hour.

“The people who work in my restaurant are smart, capable people. They’re just different from me in terms of their privilege and where they come from, but they’re worthy of being invested in,” says Kadens, who amassed his fortune in cannabis, fully aware that the war on drugs has disproportionately impacted people of color.

Poppy’s Social, which serves pizza, wings and other American comfort food, is a part of a growing movement of socially conscious restaurants foregoing the industry’s traditional top-down structure in favor of more inclusive models like worker-owned co-ops and employee stock ownership plans. According to the Democracy Work Institute, the trend is a part of the ongoing disruption caused by COVID-19, which illuminated just how precarious the lives of restaurant workers tend to be. 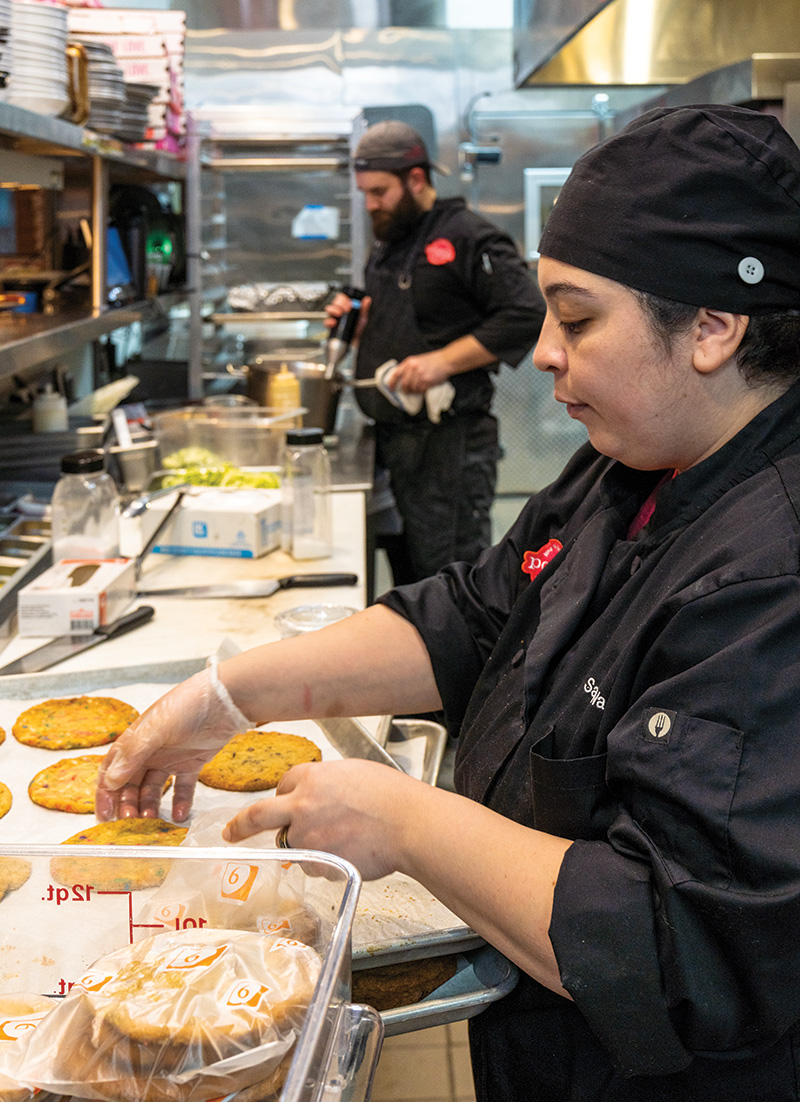 Membership and ownership models are seen as a potential solution to that precarity, as well as a tool for wealth distribution, employee empowerment and retention. Advocates say the logic behind these models is as sound as it is simple: if you give workers a say in how a restaurant is run, they will care more, work harder and stick around longer—no matter their background or circumstances.

“What I’m going to prove is that if you treat people with respect and you pay them fairly, you can still make money,” says Kadens.

ON THE MECHANICS OF OWNERSHIP

Kadens invested about $3 million into this restaurant, allocating 30% to employee ownership. Because the 30% is acquired over time, only 12% of the restaurant is currently owned by employees. “But I’ve allocated another 18%, so that as people grow and perform and stay with the restaurant, I can give them more and more equity,” he said. 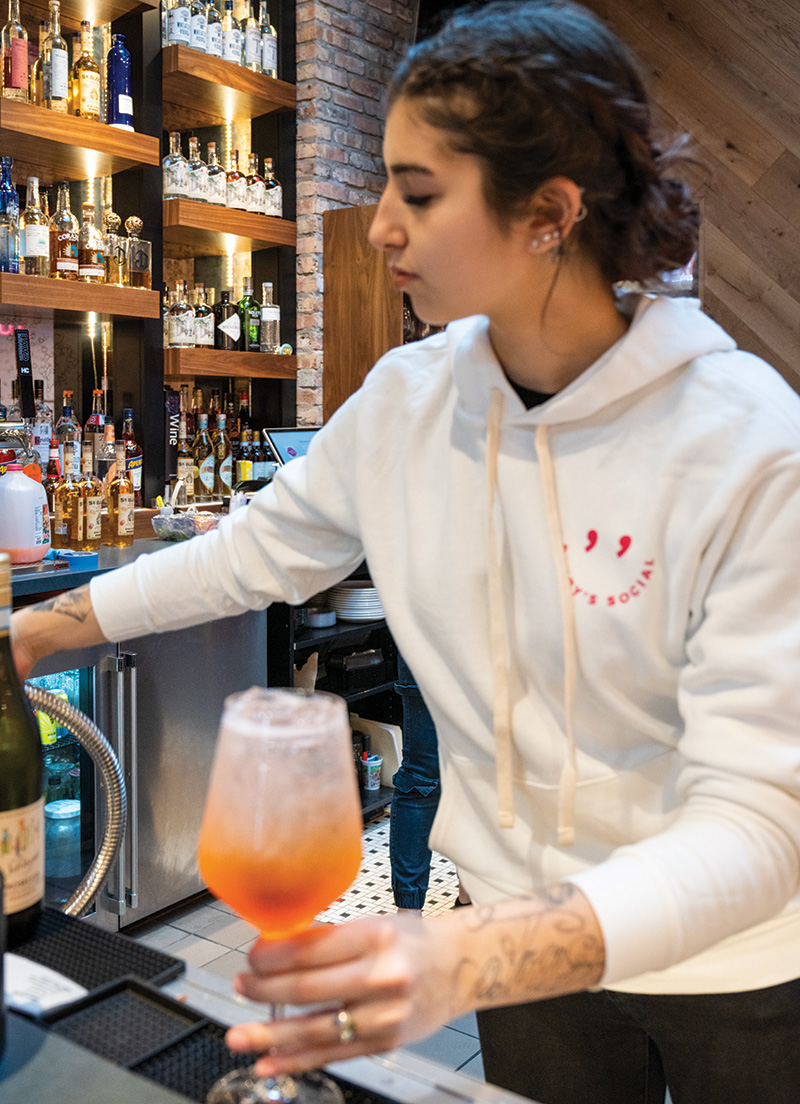 After 90 days, workers start to earn equity as long as no criminal or disciplinary actions are pending. Instead of the customary two- to three-year vesting cycles, Poppy’s is six and 12 months for equity. It’s shorter, Kadens says, so it can be used as a hiring and retention tool.

“Typically in a startup, the people who invest their money at the beginning, get their money back first. I did away with that,” Kadens says. “Rather than having everybody wait for two or three or four years, I decided to start distributions after the first year, because usually, the first year in a business is pretty tough. We’re just getting to break even now. We’ll be making money in 2023 based upon the growth and the projections, and I’ll start taking distributions then.”

ON HOW OWNERSHIP BENEFITS THE BUSINESS

Poppy’s Social isn’t suffering from the typical 75% industry turnover rate. Kadens believes a direct correlation exists between ownership and retention. “People have been fired because they haven’t performed or they aren’t team players or they did something stupid, but I’ve had only one person leave voluntarily (in seven months),” he says. Naysayers told Kadens he’d be out of business in six months, but instead, Poppy’s Social is headed to breaking even and making money. “It’s illustrative that you can treat people fairly, pay them well, give them benefits and still create value as a restaurant owner.”

ON WHETHER THE MODEL IS SCALABLE

Kadens admits that some restaurateurs may not be able to pay similar wages or offer quality benefits. But in the long term, Kadens believes he will lose fewer people. “If you treat people right and if you give them opportunities they wouldn’t otherwise receive at another restaurant, you will lose far fewer people. As a result, you will make more money because turnover management is a cost driver. If restaurant owners could step back and say, ‘I want to save money by retaining people, but in the process, I need to spend a little up front,’ they’d get it.”

ON WHAT EMPLOYEES THINK OF IT 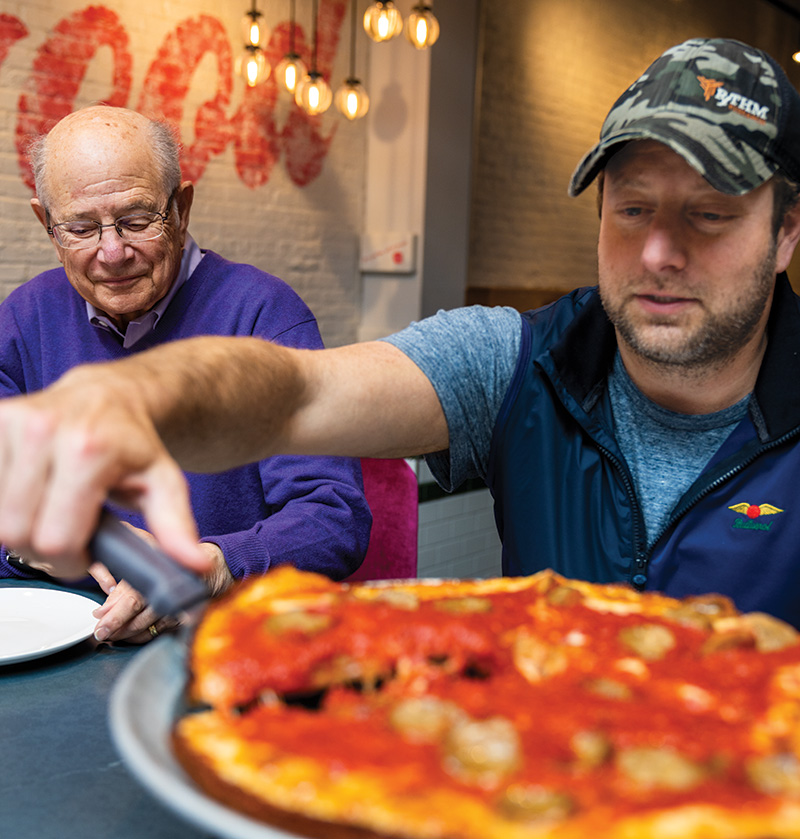 “They are very appreciative, and they show their appreciation by sticking around,” Kadens says. “I think they’re genuinely happy.”

“Is it perfect? No, it never is. Is there drama in every restaurant? There is. Have we had a couple troublemakers? Yes, we have.”

ON HOW OWNERSHIP IMPACTS THE CULTURE

“When you walk into Poppy’s and you open the door, I guarantee you someone will say hi to you with a smile on their face,” Kadens says.

“We never told people to do that. It’s not some sort of Danny Meyer thing that I installed. It’s just part of our culture, and it’s a function of how happy our employees are. It happens because people like being there and they feel at home. It’s amazing."

“When you treat people well and you make people owners, guess what? They act well and they act like owners. I always say to our patrons, ‘Hey, if a server comes up to you and they act like they own the place, it’s because they do.’”