Months after the initial wave of the COVID-19 outbreak began forcing restaurants across the United States to rethink the way they do business (and in some cases whether to continue doing business at all), the foodservice industry is trying to find its footing again. In fact, despite difficult and still-uncertain conditions in many regions, some operations are even thriving.

But that makes this moment all the more appropriate for taking stock, considering what so much instability has taught us about the restaurant industry – and building a plan for whatever the future might hold for operators and their businesses. We’ve listened to operators and learned the ways they’re adapting and innovating, and now we’re sharing those discoveries – and creating product and program solutions for all our US Foods® customers. A few of those operators were generous enough to share their stories and give us a peek at their path forward:

In Atlanta, Sachi Takahara runs Nakato Japanese Restaurant. Her grandmother, Tetsuko Nakato, opened the operation in 1972, and it has since been passed through three generations of family down to Sachi. When the effects of the pandemic first landed in Georgia’s most prominent metro area, Takahara had a lot more to think about than only what happens inside Nakato’s walls. 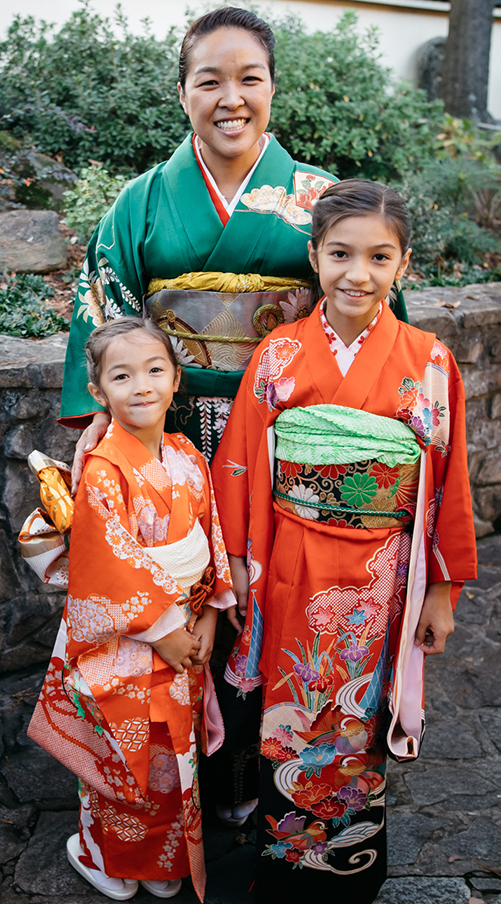 “The whole process for Nakato was very personal in terms of employee safety and their families, just because we’re a 48-year-old business and a lot of our staff are longtime employees,” Takahara said. “They're an older generation, as well as my family. We and my parents all live in the same household, keeping up with a Japanese tradition. And with my daughter going through cancer treatment, these were all just major red flags.”

Takahara quickly got to work reinventing her business. But at first, it felt like groping around in the dark.

“It was just learning as we go, you know,” she said. “Do we wear masks? Do we not wear masks? Do we wear gloves? And that was at the beginning, trying to figure out where everything landed. I felt more like a healthcare worker than a restaurant owner, to be honest.”

Takahara researched buying gloves, sought out washable masks and instituted significant structural changes at Nakato that would address COVID-19 concerns and her diners’ sanitation expectations for the future. When she felt safety and staffing concerns had been comfortably addressed, she re-opened Nakato’s curbside business. She credits her US Foods sales rep (who “has been amazing through this whole process”) and forward-thinking preparations (bulk-buying to-go containers and setting up a ChowNow program) for helping the restaurant boost curbside business by fivefold.

“No one should be comparing themselves to anyone else except for themselves,” Takahara said. “I feel like, it’s whatever works for their company and whatever balance they’re comfortable with is what should be honored. It’s just about what I need to do.“

In Long Island, New York, the owner of Jerry and the Mermaid, Jerry Dicecco, had his own unique set of challenges to meet, including stiff competition in his area. Dicecco conjured up inexpensive “quarantine” drinks to attract customers, doubled down on his takeout business (“in New York, you have to get food in order to buy alcohol,” he said) and kept as many of his employees working as possible, whether it was creating new revenue streams (like take-home produce and meat boxes) or gathering local funds and donating food to hospitals, service workers and families in need. 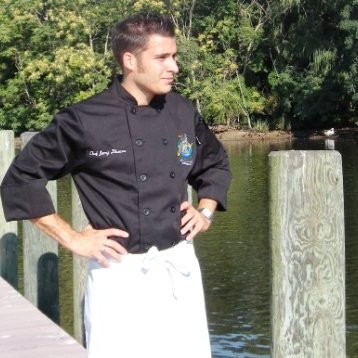 “It wasn't just me,” Dicecco said. “It was everyone, in everything. People put their best foot forward and kept adapting and helping others.

“And it wasn't so much about running the business that day. It was, ‘Well, what do I need to do next to keep being successful?’ Because what I did today worked really well today. But if I don't change it for tomorrow, tomorrow is going to be a whole other story.”

Dicecco continues to think both inside and outside the box. With a streamlined kitchen and an intensified focus on takeout, he needed hard-working products that helped save him time and labor in the kitchen while also potentially being versatile enough to have uses across his menu.

“It’s like, OK, what can I do? What does US Foods offer?” he said. “We're going to do it without me having to bring in another prep person – then I can still adapt my menu mid-pandemic and give items that people are looking for.”

Many of Dicecco’s moves have panned out over time. Some haven’t. But that’s the hustle, he says.

“The biggest hurdle was just adapting day-to-day because, for me and all businesses, you never knew what you were walking into, what regulations were going to change, what you needed to do to survive. And I think that's why, inevitably, I did well – because that's what I was willing to do.”

In Colorado, Jeff Smokevitch co-owns Blue Pan Pizza and Brown Dog Pizza, restaurants based in Denver and Telluride, respectively. Adapting his business to the times was doubly difficult, in many ways, because of the distance between locations and the unique conditions for each.

At Brown Dog, for instance, Smokevitch and his partner have been pressed into making some tough decisions on the fly. As the Telluride resort business slowed to a crawl, Smokevitch streamlined the menu, re-designated roles (bartenders were now delivery drivers) and converted the front-of-house into a staging area for delivery. Meantime, in Denver – a major metro area, where Blue Pan was featured on the Food Network staple “Diners, Drive-Ins and Dives” – on-premise business was back on relatively quickly.

But some changes have been applied across the board – and all the better, as far as Smokevitch is concerned. Both Brown Dog and Blue Pan now have full-time sanitation supervisors who are tasked with ensuring the cleanliness and safety of each site. That means stocking sanitation stations, spraying door handles, handing out face masks and overseeing all hygiene-related issues central to the store – now and in the future.

“We’re not going back at all,” Smokevitch said. “We’ll continue to have the sanitation supervisor post-COVID because I just think it’s great to have someone who’s cleaning all the time.”

Additional measures are now in place to ensure the security of Brown Dog’s and Blue Pan’s delivery items – which are part and parcel of their business.

“The tamper-proof seals that we get from US Foods, they’re so great. We started using those right away,” Smokevitch says. “You open up the pizza boxes, the server looks at it, makes sure all the toppings are right and then closes it up and puts that tamper-free seal on it. All our customers were like, ‘This is awesome.’ That's something we’ll do after this is all over, too.”

Operators should be prepared to embrace the idea that many of the temporary fixes made in response to COVID-19 will have to evolve into more permanent solutions. Research suggests customers’ pandemic-modified expectations are here to stay.

As Dicecco says, “If you’re not adapting right now, there's no way you're going to be successful in this climate.”