For far too long Israeli cuisine has been reduced to a catchall term for Middle Eastern dishes like falafel, shawarma or hummus. But the Israeli table the product of a multiethnic state with a population of 8.5 million people and perpetually moving borders—is much broader and more complex than chickpeas and spit-roasted meats.

In Israel, regional natives and nomadic tribes are joined by swaths of immigrants transporting culinary influences from as close as Palestine and Yemen to as far as the Balkans and Ethiopia. The country’s diverse terroir spans from the coastal Mediterranean in Tel Aviv and Haifa to the lush greenery of Galilee and arid, rocky deserts of the Negev. Together, Israeli cuisine is more of a mixed bag than most might realize. Strengths lie in these differences, which offer incredible versatility and freedom for enterprising chefs.

“Everyone’s into small plates, fresh eating—and Israel has all of those things,” says Chef-owner Michael Solomonov of the award-winning Zahav in Philadelphia. “You have hundreds of different cultures in one place, so there’s always new and old, but the way that it forges ahead makes it super exciting.” 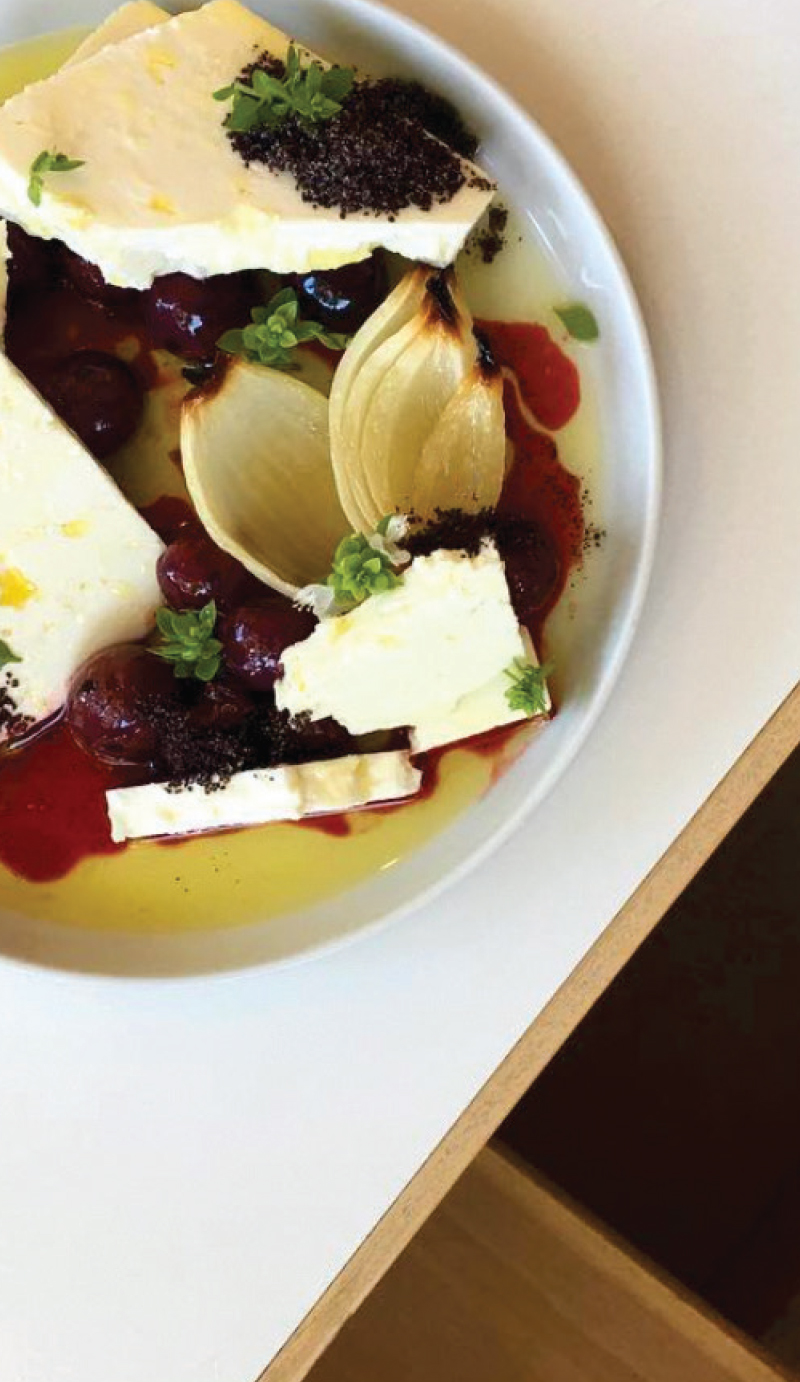 Diners are hooked, as 80 percent of U.S. consumers are already familiar with hummus according to a June 2017 report from food research firm Datassential. That learning curve opened the door for the Israeli spice za’atar to grow 300 percent on menus over the past four years, piquing 50 percent consumer interest in the dishes and flavors found on Israeli menus.

This isn’t a flash-in-the-pan trend, either. Israeli cuisine continues to proliferate, as a second wave of chefs open up fast casuals, fine casuals and mash-up concepts from coast-to-coast.

“This isn’t a familiar cuisine, so it’s not an easy cuisine to pick up,” he says. “But people are dedicated there. The Spice Trail is like the Silk Road: It’s diaspora. It was so many different things.”

At Zahav, Solomonov began cooking dishes that conveyed his background and memories of his time spent in Israel as well as the region’s seasonal approach.

“It’s so easy for us to roast a piece of meat in beurre monte but what about marinating in meat and onion juices? That relationship makes me think of being on a beach in Israel,” he says.

Some of Solomonov’s offerings lean on tradition, like the laffa fired in a woodburning oven. Others are contingent upon local availability: His amba, a pickled condiment traditionally made with green mangos, is made with persimmons. Brussels sprouts might replace eggplant in the baba ganoush, peppered with hazelnuts and smoked shiitake.

Pushing the boundaries of tradition and experimentation helped put his restaurant and Israeli food into the spotlight. "Zahav: A World of Israeli Cooking" has become something of a culinary bible for chefs, picking up two 2016 James Beard Awards for “International Cooking” and “Book of the Year.”

“We’re limited in the things that are limited to us and what makes sense,” he says, “and those limitations are freeing because that is how cuisines evolve. I’m not trying to change things or make fancy food, but I’m also not an Israeli grandma or part of a dynasty falafel family. I’m a chef, so I’m doing what I do naturally—and it’s working.”

Post-ethnic is the new authentic
In the never-ending search for authenticity, some chefs are no longer looking to duplicate indigenous dishes but rather put their own personal stamp on them.

While abroad in Israel, Chef CJ Jacobson noticed the similarities between the year-round accessibility to produce he grew up with in California and the abundant freshness found in the Mediterranean and Middle East. He fuses both, along with Japanese and other global flavors at his restaurant Ema in Chicago, creating intricately balanced dishes like white miso hummus with Castelvetrano olives, Fresno chilies and shaved celery.

“I’m not from Tel Aviv or Istanbul, so I like the idea of using my take on it because it’s not going to be authentic, and that’s where a lot of people go wrong,” says Jacobson. “I don’t have much allegiance to Israel or North Africa or anywhere else. I just like this cuisine. What I bring is more acid, herbs, and brightness. That’s what California cuisine is anyway.”

Although born in Israel, Tomer Blechman’s French training at the Culinary Institute of America in Hyde Park, New York, followed by gigs at Italian restaurants like New York’s Gramercy Tavern, Maialino, and Lupa Osteria Romana, have allowed him to rethink the dishes of his childhood, which he now cooks at Miss Ada in Brooklyn, New York. Like Solomonov, Blechman finds the American culinary scene to be more open to chefs hoping to take a global approach to their cooking. He’s not constrained by a kosher menu, which means he can baste meats or fish with a French anise butter or salmon with labneh. 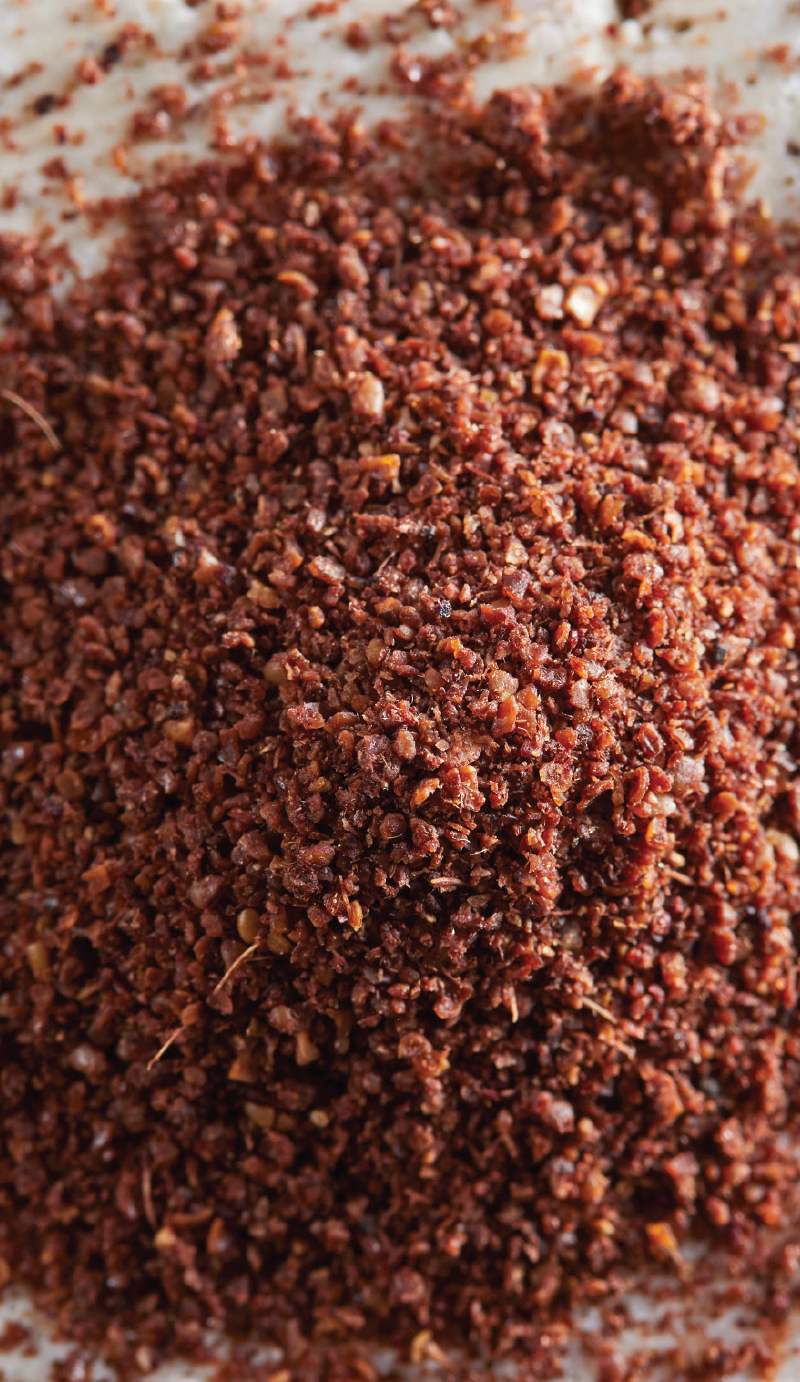 “It was always inside of me, this kind of cuisine,” he says. “I’m not obligated just to do Israeli over here. I just get creative. I’m open to do everything.”

More than a meal
Prior to opening New York’s Shuka, Chef Ayesha Nurdjaja mostly worked at Italian restaurants. She developed an interest in Israeli cuisine after visits to the Middle Eastern markets of Brooklyn Heights as a child and identifying commonalities between Israeli and Sicilian cuisine: big braises, chickpeas, and fresh, flavorful ingredients.

She’s now committed to demonstrating that Israeli cuisine is more than just the food—it’s a different cultural experience eating.

“I think the way people eat hummus as a meal can’t be translated, but other dishes have been,” she says. “As far as small plates, it’s family style. When you eat out in an Israeli restaurant, rarely are people ordering for themselves; they share.”

Blechman says this is an essential missing cultural component he’s brought to his table at Miss Ada—a play on the Hebrew word for restaurant, “missada,” the root of which roughly translates as “bringing people together to the table.”

“The name is very simple, but it stands for everything we do: bringing people together to eat and share,” he says. “There’s all these little plates and pita. You don’t have to wait so long for the food; it usually comes as soon as you sit there and order. For me, just sharing food and bringing family and friends together is Israeli.”

On The Menu
Want to make Israeli flavors work on your menu without reinventing the wheel? Check out these cool riffs.

The Spice Rack
Spice blending is somewhat of an art, offering countless variations. Spice expert Lior Lev Sercarz of New York’s La Boite spice shop, is an Israeli native who has made custom blends for restaurants such as Zahav in Philadelphia, The Exchange in Los Angeles and 27 Restaurant in Miami. Here’s his primer on the Israeli spice rack.

❱ Za’atar: Blend of sumac and sesame. Variations include a fine to coarse texture, toasted or untoasted sesame, additions of oregano, thyme or rosemary.

❱ Shawarma: Infinite variations from savory with cumin and turmeric to sweet and floral with allspice, clove and nutmeg. Both are common, depending on the cut of meat.