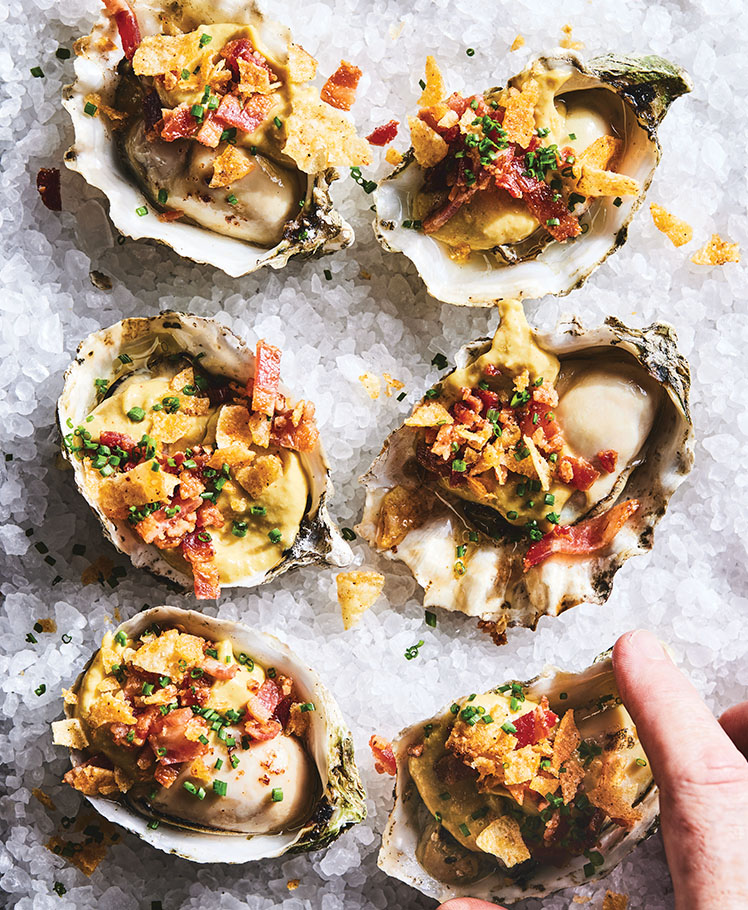 When kitchens are fully staffed, freshening up menus and impressing guests – without stressing out your team or budget – will always be important, especially during challenging times. Think about these ideas from fellow restaurateurs to upsell, build customer loyalty and build your brand. 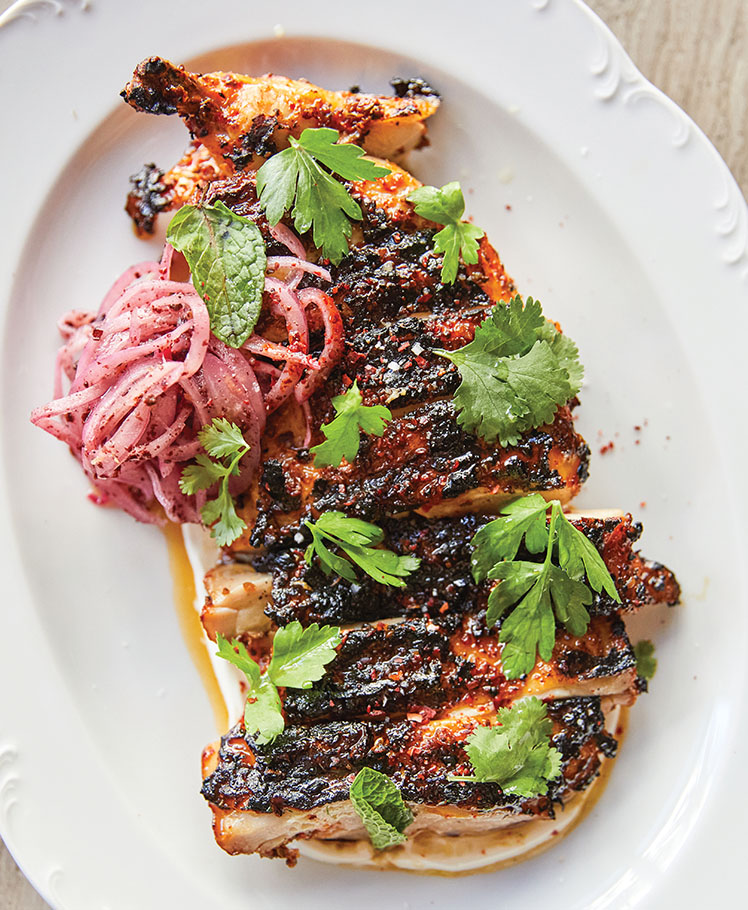 At Café Gratitude in Southern California, the grilled peach and asparagus salad is a popular, quick-prep, seasonal special, served with cashew mozzarella, toasted pumpkin seeds and coconut bacon. “This salad is visually beautiful, and the sweet and savory combination of the peaches and asparagus are unusual,” says Executive Chef Seizan Dreux Ellis.

A pork trotter ragu adds an unexpected richness and depth to monkfish and matsutake mushrooms, says Eric Bost, executive chef at Michelin-starred Jeune et Jolie in Carlsbad, California. Seafood is often paired with smoky bacon in North Carolina where Bost grew up, and he fondly remembers the gooey texture of pork trotter croquettes he made at Les Ambassadors at the Hotel de Crillon in Paris. “It’s meant to be a playful combination,” Bost says. 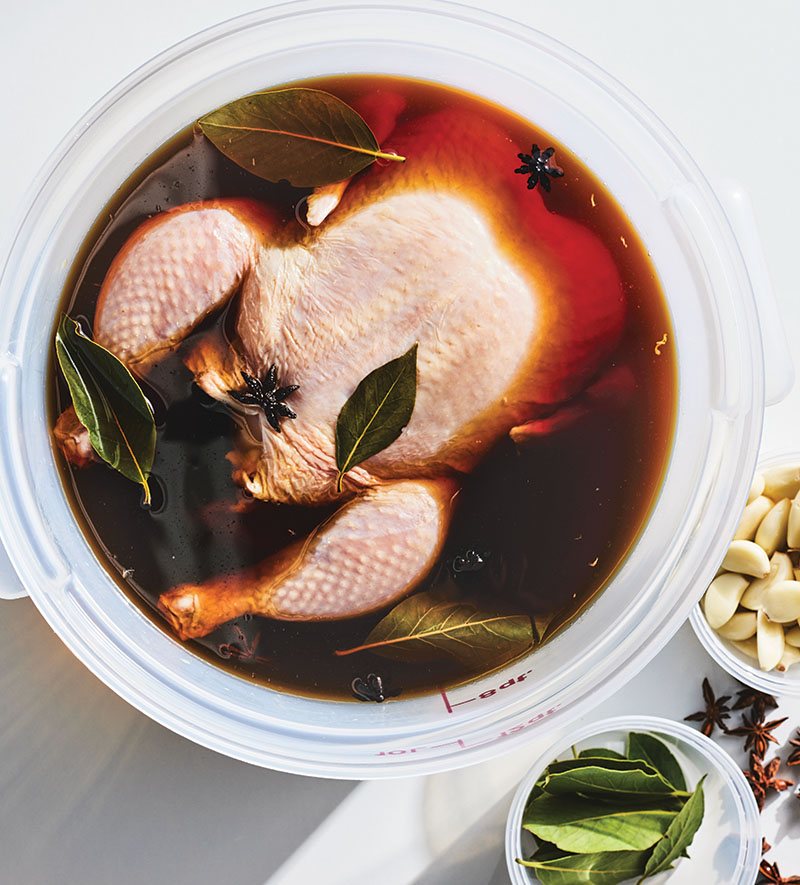 At Chef Travis Swikard’s restaurant Callie in San Diego, around half the diners opt for the $65 per person Mediterranean feast, essentially a five-course tasting menu served family-style, from dips to desserts. “Guests are given an opportunity to expand their palates and broaden their horizons to try dishes they might not gravitate toward on their own,” Swikard says. It also ensures that guests can experience Callie as it’s intended to be – fun and communal with bold, exciting flavors and the best ingredients. The family-style menu also allows the kitchen to reduce waste. 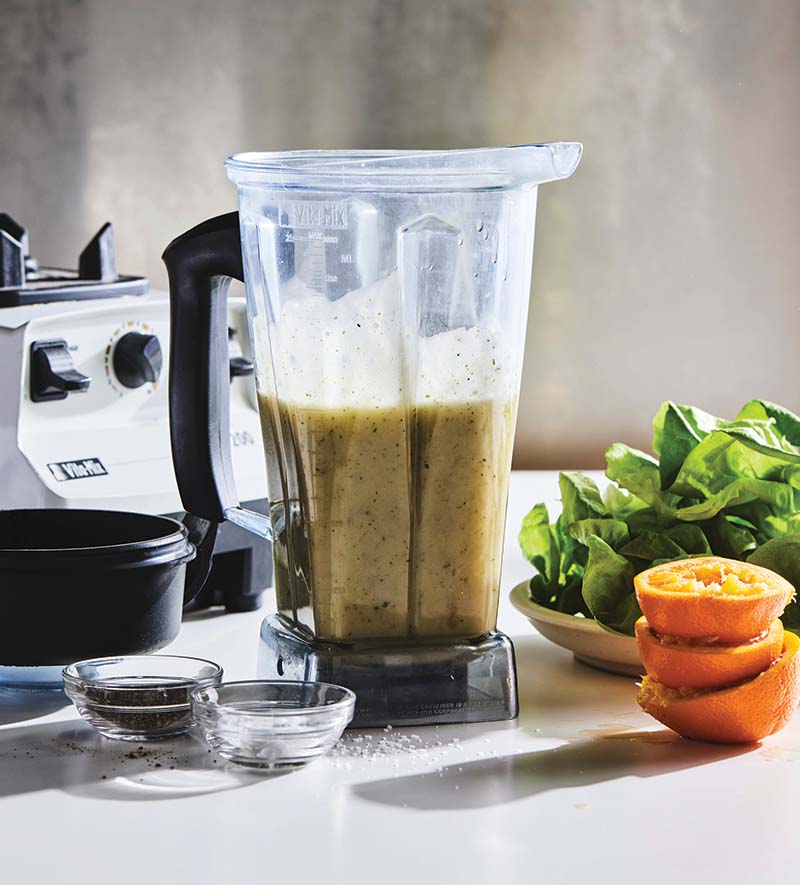 ❱ Guests would never guess the spring pea hummus at Wood in Chicago started with Sabra hummus. Chef Devin Keller blends spinach and spring peas into the prepared hummus, seasons it with cumin and lemon zest, and tops it off with blanched spring peas and crispy chickpeas for a restaurant-quality dish. “Seasoning is the key and brings new freshness to the final product,” he says. The hummus is also paired with grilled chicken. 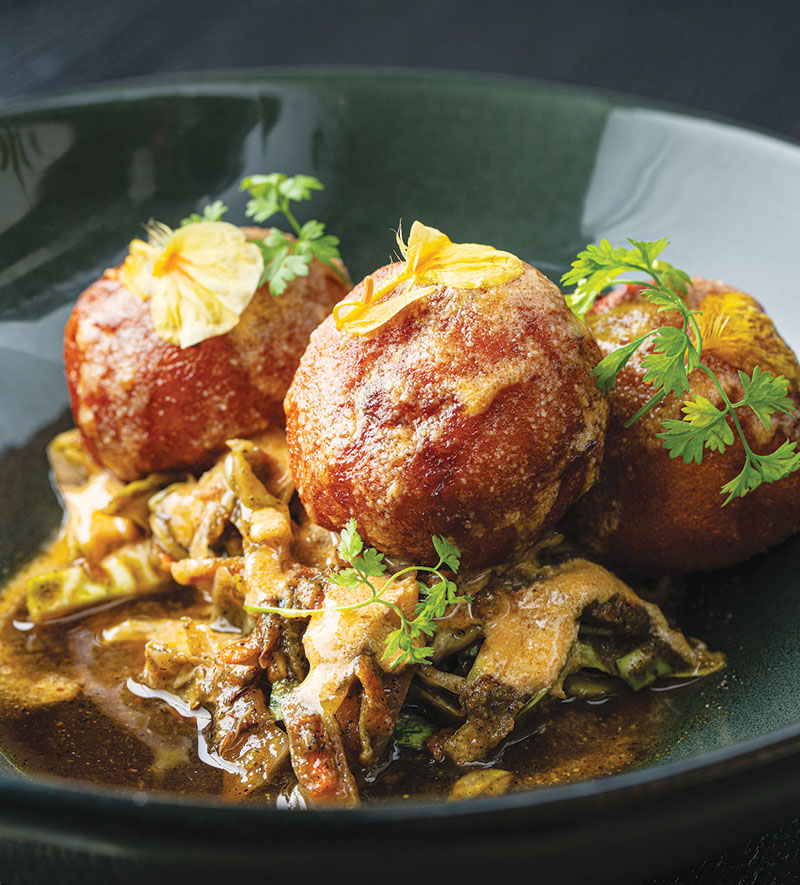 Finding use for anything that might otherwise be thrown out will help reduce food costs and offer a creative challenge. At zero-waste, plant-based restaurant The Plot in Oceanside, California, celery root pulp becomes the base for takoyaki, a crispy ball-shaped Japanese snack typically filled with minced octopus. 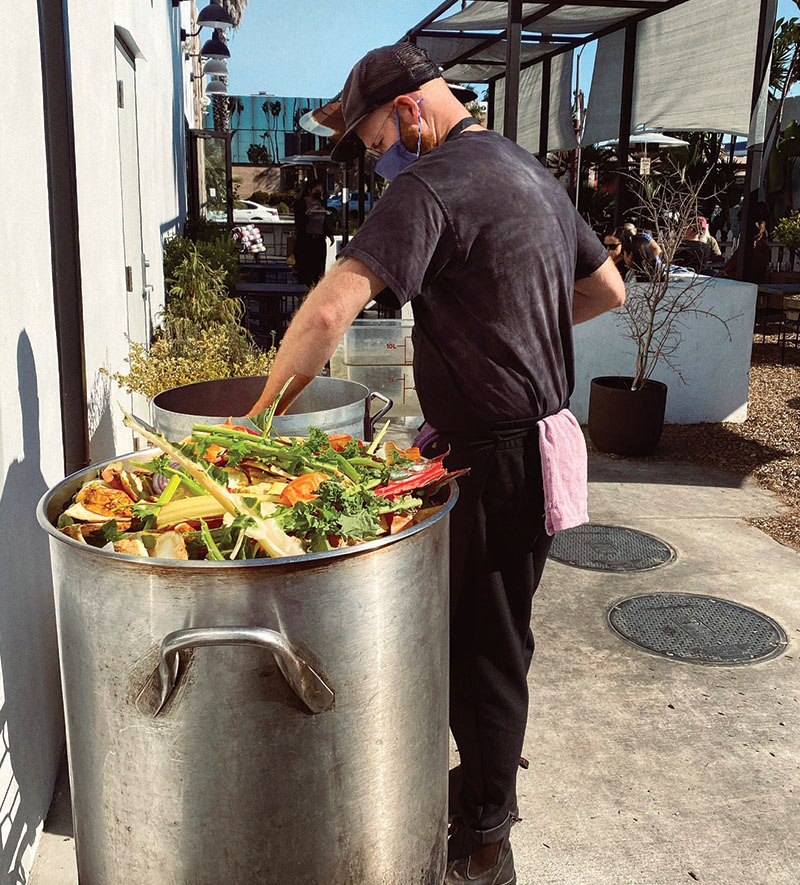 ❱ Serving soup in shot glasses is an easy upsell and a fun way to begin a meal, with shots all around rather than asking guests to commit to a bowl of soup for an appetizer. Spring gazpachos are especially refreshing, and it’s easy to prepare a large batch in advance. At Bazaar Meat in Chicago, shots of chilled beet gazpacho are garnished with crispy beet chips and shaved truffles when available.

❱ At Chicago’s El Che Bar, Chef John Manion grills most of his proteins over an open fire, and guests love watching the leaping flames. Grilled oysters are an impressive sizzling dish that Manion and his team can quickly cook up on the live fire grill, with a seasonal garnish prepped in advance. Think smoked onion aioli, bacon bits and crushed potato chips, and in summer he turns to sweet corn, lime aioli, cilantro and tortilla chips.