Endless courses, massive servings and even the small-plate revolution are moving out of the way for the “Goldilocks” option: a mid-range portion that’s neither too small nor too large.

Welcome the medium-sized plate, a timely approach to portion sizing that’s conducive to sharing, provides value for the diner and improves the bottom line. It eschews the 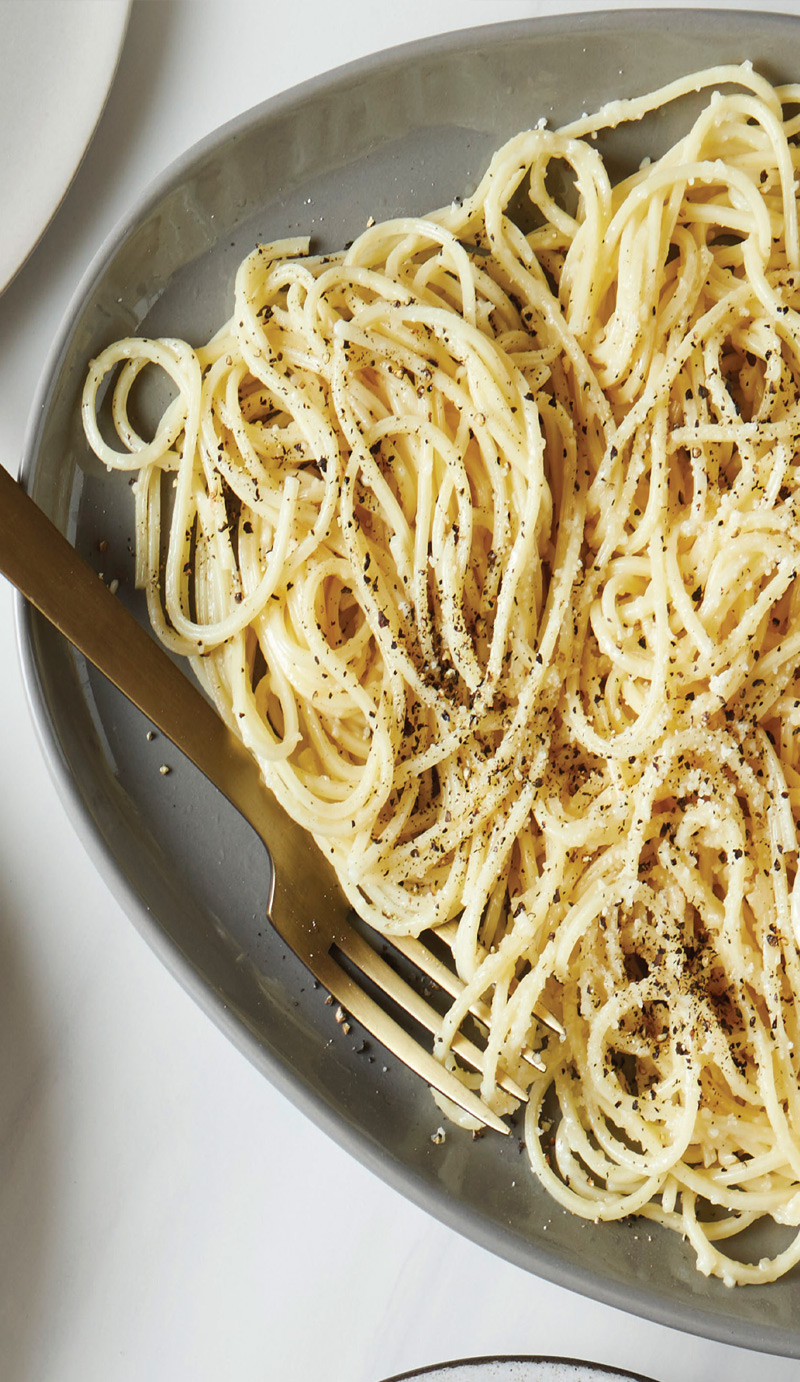 traditional  categories of appetizers and entrees, opting instead for grouping all the dishes together or sectioning them based on ingredients, such as protein or vegetable sections.

The idea is simple: Upscale the small plates while shrinking conventional dinner portions to produce something in between that captures better profits. While small plates tapped into the diner’s desire to experience new flavors, those cunning little portions can be an exercise in frustration and hunger where often at least one diner gets shortchanged. Even worse, they often lacked value, real or perceived.

“You can’t put two pieces of food on a plate in front of a bunch of people and expect them to be delighted,” says Zack Bruell, chef-owner of eight acclaimed restaurants in Cleveland, including Chinato and L’Albatros. “That’s because dining is a social event. It’s not just about what’s in front of you, it’s about passing food back and forth, arguing about it, comparing. Sharing food is a lot of fun, and there are better ways to share than these tiny portions.”

Cedric Maupillier was ahead of the medium-sized plate trend when he opened his Washington, D.C., restaurant Convivial in 2015. As a marketing gimmick, he adopted the “medium plates” label, thinking they’d be the solution to the small plates stigma.

“I needed to find something people would talk about—(show) that something new and fresh was happening here. And people were fed-up with these tiny portions,” he says. “When you do tapas-style, people tend to order more plates. But people become angrier as they keep ordering and don’t feel full. The medium plates help avoid that. I think these are the new normal-sized serving plates.”

Along the way, however, he took a financial hit. “We were (presenting) our menu as medium-sized shareable plates and realized quickly that (an average four-top) was ordering three plates to share, rather than four plates,” he says.

After charting falling sales, he decided to change the menu so that many dishes remained shareable medium plates, but weren’t labeled as such. Some appetizers are larger than usual; some main courses have shrunk. Adjusting portion and plate sizes allowed him to selectively raise price points. Maupillier says there’s a fine line to keeping portions just right so that guests can find perceived value and walk out satisfied.

After restructuring the menu language, guests began ordering more—typically a shared appetizer, entree and dessert— resulting in an overall 10 percent increase of profits.

Medium-sized plates dominate the vegetable-driven menu at Chicago’s Clever Rabbit, giving former Executive Chef Nate Herrera a chance to better represent what he and the restaurant can do. Servers encourage each guest to order two or three dishes—much like small plates—so that everyone gets a bite. Plating mediums, however, poses its own set of challenges.

“It has to be handled a bit differently,” he says. “In classic restaurant presentation, the servers are trained to set the dishes at the same angle. We place small plates in a certain position in front of individual guests. (Larger) shared plates are different because there’s no ‘presentation’ side. They’re set towards the middle of the table.”

The upshot of medium plate presentations, he says, is that it allows for greater creative freedom and more visual appeal.

“You can do higher-value items on each and, at the same time, do a bigger, showier plate,” he says. “There’s so much more of a ‘wow’ factor. That’s where the medium-to-large sharing plates are great. They allow you to bring more drama to the table.” 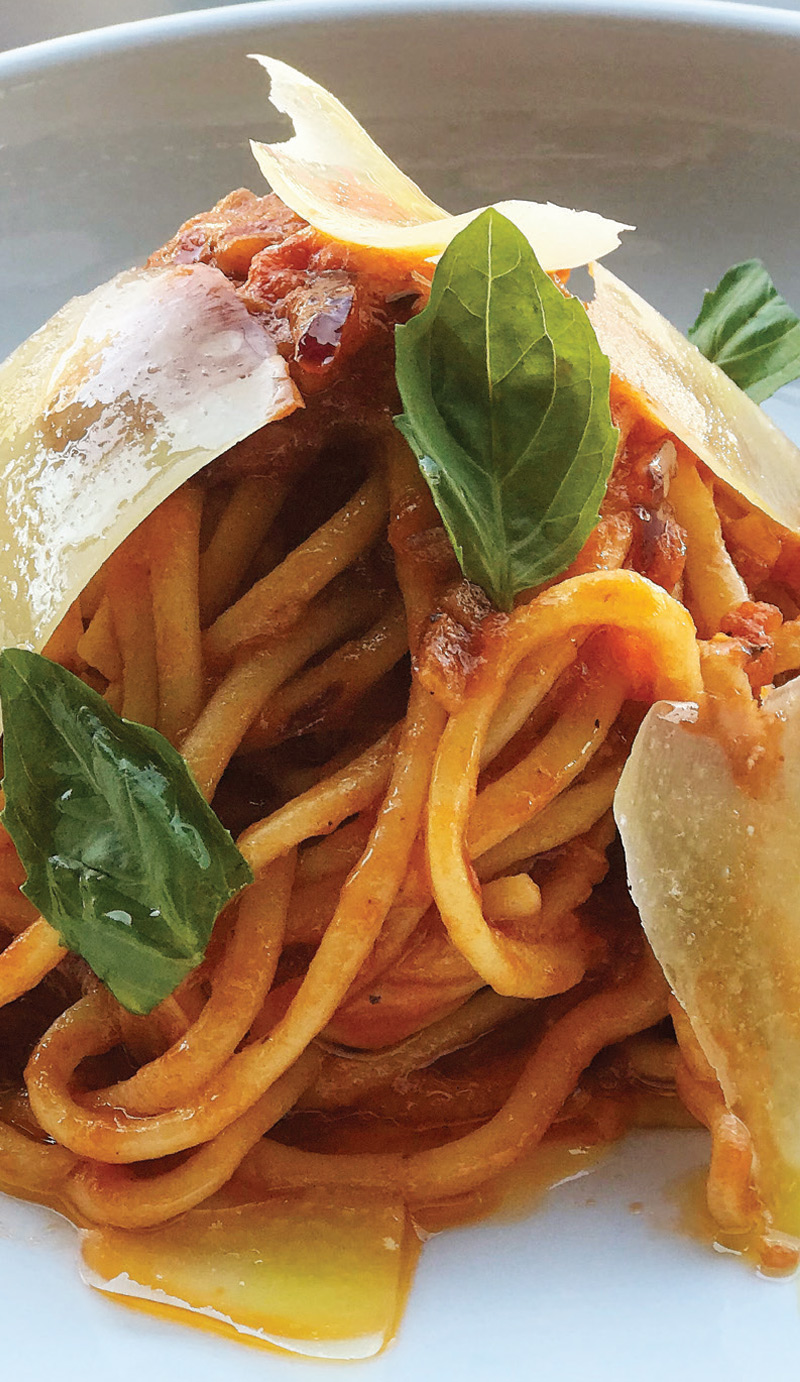 Instead of individual-sized appetizers and entrees, the menu at ChoLon Modern Asian in Denver offers different types of plates all intended for sharing, says general manager Dani Craig.

“All the proteins on our plates are easy to divvy up, including our ‘larger’ plates which are always designed as shareable entrees,” Craig says.

Once a party has had time with the menu, the server approaches the guests to field questions and offer suggestions. A table of four is encouraged to order, say, two or three “small bites” and two or three “smalls,” at least one (or preferably two) of the larger “shared plates” and at least one wok dish. After the guests put in their order, the kitchen will course out the meal to ensure diners aren’t overloaded or underserved.

“Our kitchen is not designed so that everyone gets their entrees simultaneously,” Craig says. “We don’t use heat lamps or hold things; when the scallops are ready, they’ll go out. The flow is more relaxed and fluid.”

Often the problem comes in the way they’re sold. Much like Maupillier, Bruell gave in to the siren’s song of confusing medium-plate servings with half-portions at one of his former concepts.

“Where I got into trouble was figuring customers would order multiple dishes,” Bruell says. “That’s the way I like to eat: You order several things, try different flavors, and if it’s too much food, then you stop. Well, people jumped at it. But then I realized, all they were getting was the half-portion; they didn’t order anything else. Sales dropped, big time.”

To offset these challenges, educate servers on how to sell medium plates or restructure the menu, he says, and make sure that your wording helps reinforce it.

“You can’t exclude anyone from ordering a medium plate, but your menu and your server can recommend mid-size portions as ‘ideal for sharing,’” Bruell says.

Food costs should dictate the portion size of medium plates but the format and vernacular should align with your brand. Here’s how some spots convey the “just right” menu.

❱ WITH THE SERVERS
Knowing that first-time visitors might view the lack of appetizer and entree labels as confusing, servers at Serpico in Philadelphia take the lead. They explain the format, gauge appetite and make suggestions on how many dishes to order, i.e. two to three per person.

❱ BY INGREDIENTS
The menu at Proxi, an American take on global street food in Chicago, is sectioned by ingredients. Vegetables sit on the left side, seafood perches in the middle, and meat on the right.

❱ BY COMMONALITY
Republique in Los Angeles categorizes only hors d’oeuvres, such as eggs on toast and foie gras torchon, oysters and charcuterie. The remaining 20-plus options are grouped as pastas, salads, vegetables and medium plates.

❱ BY THE CONCEPT
At Denver’s Stoic & Genuine, the seafood-centric restaurant is organized by concept: Shuck, Eat and Repeat lists a wide variety of oysters while Maine and Maine includes paella, sausage-stuffed quail and rockfish with Brussels sprouts.