Balsamic vinegar, fresh Italian olive oil and burrata have become so ubiquitous that it’s hard to recall when they were little-known imports.

Regardless of what becomes the next breakout ingredient, there’s plenty to explore in a country with centuries of culinary tradition, much of which evolved out of necessity, says Matthew Accarrino, executive chef at SPQR in San Francisco.

“It’s that Mediterranean process of harvesting an abundance and figuring out what to do to turn it into a palatable ingredient,” he says.

Italy is no Asia when it comes to funky condiments, though it comes closer than many think.

Made from the liquid that seeps out of anchovies curing in salt, garum has been used since Roman times. It’s traditionally added to simple pasta sauces with garlic and chilies, but at Maybeck’s in San Francisco, Chef-partner Erik Lowe has found it gives his menu a modern edge.

“You can put it on food straight, and it brings an anchovy essence,” he says. “Or, say you have a red sauce sugo and you add some garum to it. It adds umami saltiness, but you otherwise don’t know it’s there.”

Lowe puts a few drops of garum in place of anchovies in classics like Caesar dressing and works it into lemon-garlic vinaigrette for chicories or grilled broccoli. “It takes lemon and olive oil to a whole new level,” he says. (GET THE RECIPE)

The one drawback is price: A 100 milliliter bottle of garum runs in the double figures. Lowe has been experimenting with more affordable Vietnamese fish sauce, and so far, the difference has been negligible.

In Jackson Hole, Wyoming, Paulie O’Connor, executive chef of Million Dollar Cowboy Steakhouse, replaced Japanese soy sauce with Italian-made soy sauce. It’s added to braised pork belly that’s cubed and served as “croutons” on a salad. The advantage? A smoother flavor. “It’s not as salty,” O’Connor says. He can braise the pork in the soy sauce without diluting it with stock or adding extra sugar to balance the flavor.

Many chefs are taking cues from Italy’s do-it-yourself ethos by making Italian staples.

When he started farming a plot in Napa Valley, Accarrino wanted to harness the abundance of the land, which included a thriving caper bush, into ingredients for his menu. Picking enough capers to get even a small jar takes months, so Accarrino turned to the leaves. In a day, he harvests enough leaves to last a year.

The leaves are soaked in a 10 percent salt solution overnight to reduce their natural bitterness. Then they’re ready to be brined like capers. Accarrino uses the leaves in applications that would benefit from caper flavor, such as a Mediterranean salad with olives and feta, or as a tempura-battered garnish for beef tartare. (GET THE RECIPE)

Salted caper leaves are available for import, but the quality can vary, and they often require long stretches of soaking to minimize saltiness.

Brian Clevenger, chef-owner of restaurants Vendemmia, Raccolto and East Anchor Seafood in Seattle, also turns to local abundance, in this case bycatch—namely smelts, anchovies and sardines—to make Italian pantry staples. Any of the three can be cured and used just like imported anchovies. (GET THE RECIPE)

Clevenger scales, fillets and cures the fish in a brine of vinegar, chili flakes, parsley and garlic. They’re ready in three days and keep for weeks in the brine. He works the cured fish into Caesar dressing, pasta and burrata.

“These lesser-known fish have a lot of flavor and a ton of value,” he says. Since local fish are more affordable than buying imported preserved fish, it helps with food costs. “You get to charge less,” he says.

For dry-aged duck breast served with Treviso and sour cherries, Tarasco seasons the duck overnight in a rub comprising Maldon salt, toasted fennel seeds, orange and lemon zest and thyme. “It’s like a really savory, bright salt that wakes the duck up,” he says. (GET THE RECIPE)

Toasted ground fennel seeds also dust Marta’s best-selling sausage pizza. Right after it’s baked, the pizza gets hit with a modest sprinkle of the spice to draw out the fennel flavor in the sausage. Chefs who want to test the ingredient should use less than if it were fennel pollen. “A small sprinkle goes a really long way,” he says.

Italy’s regional diversity in fresh and aged cheeses—most of which are never seen in the U.S.—makes it second only perhaps to France in dairy. Burrata was one of these cheeses only a few years ago. Paolo Dorigato, executive chef of Dolce Italian, with restaurants in Chicago, Miami and Atlanta, hopes tosella can make a similar transition.

Dorigato discovered the alpine cow’s milk cheese while growing up in Trento in Northern Italy. It’s similar to mozzarella but firmer with less moisture.

When it gets hot, tosella doesn’t melt, making it easy to grill or serve Milanese style with a light coating of egg and breadcrumbs. It’s a little like low-salt Greek halloumi. “You can cook it on the grill, and it will form a little crust,” Dorigato says. (GET THE RECIPE)

The cheese is not currently exported due to its short shelf life, though Dorigato is working to change its status. He’s also looking for a domestic cheesemaker to make it.

“It’s going to be great for American customers, (who) love warm cheese,” he says. 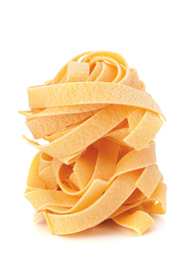 At SPQR in San Francisco, white
vinegar is infused with opal basil as
a seasoning. The chef steeps basil in the vinegar and strains with
a coffee filter.

Imported dried pasta takes on
risotto’s creamy persona at Vendemmia in Seattle. Chef Brian Clevenger cooks linguini in salted boiling water for a minute, drains the pasta and then adds it to the sauce to finish cooking, all the while adding pasta water. It’s a process similar to cooking risotto. Using one pan for everything allows the pasta to absorb the flavors of the sardines, Calabrian chilies, parsley and garlic
in the sauce. 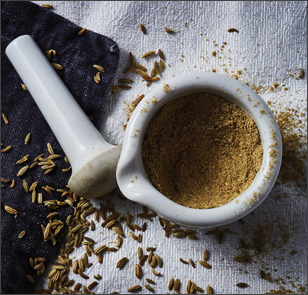 HOW DO YOU DISCOVER NEW ITALIAN INGREDIENTS?

The importer has also acquainted him with burnt flour, giant risotto rice and many other niche ingredients.

“Once she comes back from Italy, she will say, ‘These are the four things I tasted that are right up your alley with what you do,’” O’Connor says.