What types of biscuits are they?

A Southern-style biscuit sturdy enough to be a sandwich for Rise, a concept Chef-Owner Tom Ferguson launched five years ago in Durham, North Carolina, after a successful run with his Only Burger food truck. Rise started with complex biscuit flavors and ingredients, but Ferguson found that the approach posed consistency issues as he began to open other locations. The solution for which types of biscuits to use: create one badass biscuit for badass biscuit sandwiches. 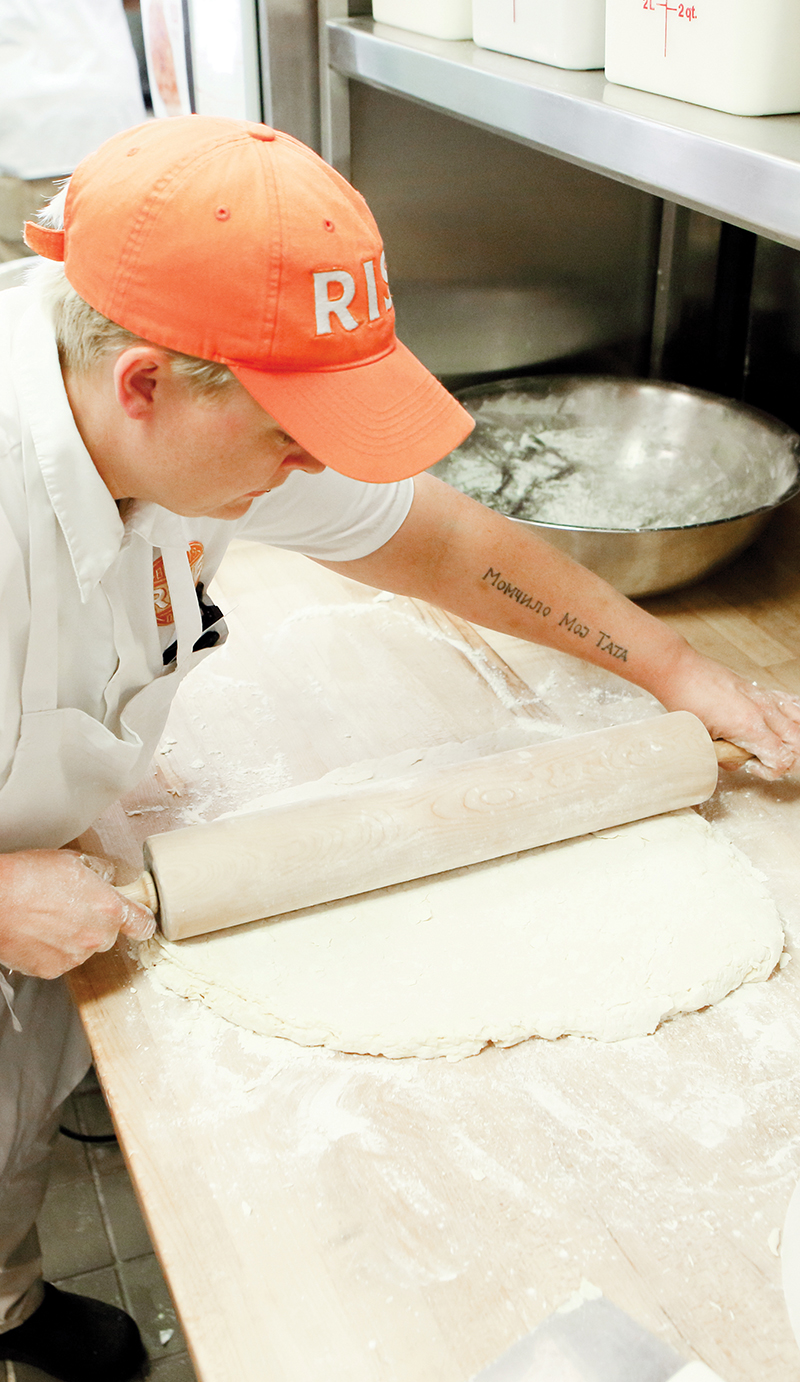 The biscuit recipe inspiration came from Recon at Pine State Biscuits, a casual restaurant in Portland, Oregon. Ferguson, however, wanted a fast casual he could stamp out, but maintain a chef-driven approach – so he hired Brian Wiles, whose credentials include working the line with renowned Chef Michel Richard at Citronelle in Washington, D.C.

Biscuit nirvana can be reached in many ways, “but nothing beats mixing ingredients and rolling out the dough by hand,” Wiles says. “Cold ingredients are essential, as well as self-rising locally milled flour, eggs and buttermilk. A wetter dough,” he says, “leads to a handmade biscuit that doesn’t crumble when paired with sandwich fillings.”