10 ways to soup that comforts your diners – and you 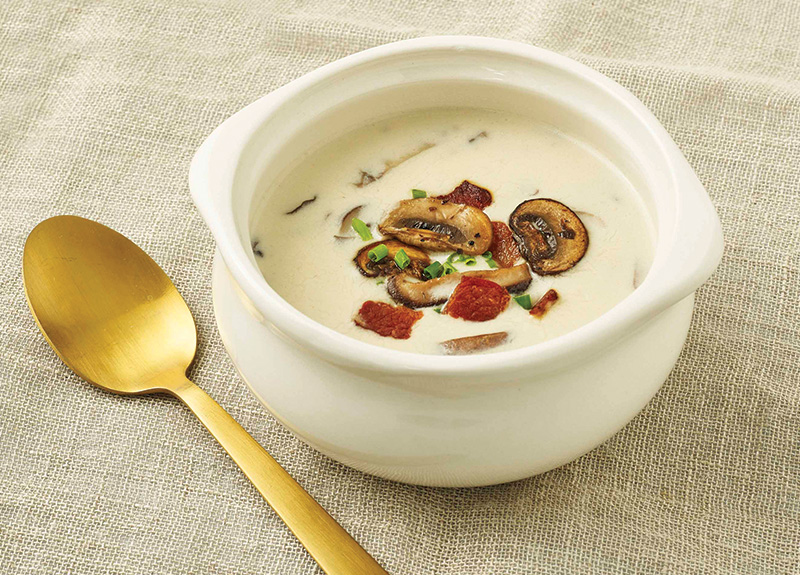 No other menu category crushes it like soup when it comes to controlling labor and inventory. That’s especially important now as chefs aim for sustainable kitchens while facing ever-persistent labor challenges.

There’s the tried-and-true strategy of “soup of the day,” which uses whatever needs to be rotated out of the walk-in, as well as cross-utilization of ingredients. And there’s frozen soup, such as the ready-to-serve options from Heinz Soup. These on-trend soups save time, reduce waste and lower labor; heat what’s needed for service – whether it’s lunch or dinner, starter or entrée – ladle, garnish and serve.

According to chefs across the country, turning out comforting soups can take care of both customer cravings and your bottom line. When soup is available, the average check increases by 20% or more, and guests report higher satisfaction with meals that include it, according to data from NPD. Consider these 10 ways to position soup.

1. Change up the usual 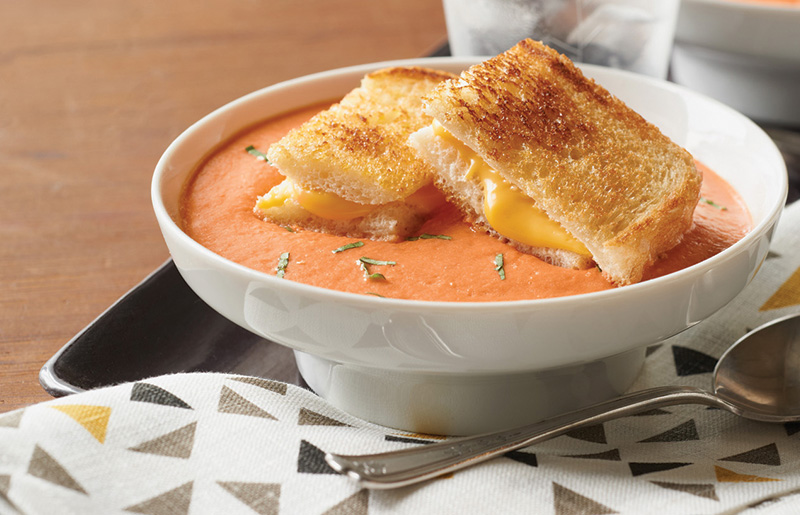 Diners find comfort in the expected, but mixing it up can be a welcomed change. Branch Line in Boston simply adds croutons and lemon to a rich chicken soup, while Luce in Portland, Oregon, replaces the noodles with small, round pasta pillows filled with Parmesan and lemon zest.

To stand out from the crowd in Nashville, Porta Via Ristorante adds cream to its French onion soup instead of draping and broiling cheese on top so that the caramelized onion and beefy flavors are evenly distributed, and each spoonful is rich and smooth.

The French Laundry’s Thomas Keller subscribes to the science behind taste: Give diners just enough of one dish or risk boring taste buds. That approach works for tasting menus but not so much for a full portion. Keep the excitement by adding an element of contrast such as a crostini that can be brushed with olive oil, seasoned and dipped into soup. Barbara Lynch’s Sportello in Boston does this by offering a Gruyere-topped caraway crostini with spicy tomato soup – a longtime customer favorite. 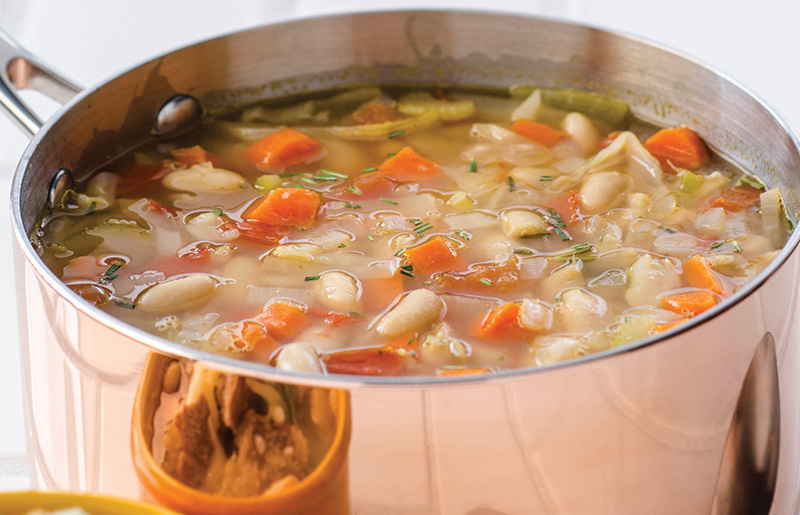 Colder temperatures mean hearty soups become more top of mind. Consider topping a bowl of soup with puff pastry, which works for any creamy or comforting soup, whether it’s mushroom and brie or cheddar and poblano. At Bread & Butterfly, a French bistro in Atlanta, Chef/Owner Billy Allin tops tomato soup with puff pastry that's baked in the oven.

4. Bring out the shrooms

Mushrooms are having a moment thanks to greater variety, their generous umami load and their high nutritional profile. In Minneapolis, customers have been heading to Kramarczuk Sausage Company for its deli sandwiches for decades, but its creamy mushroom soup with slices of mushrooms is also a crowd favorite. 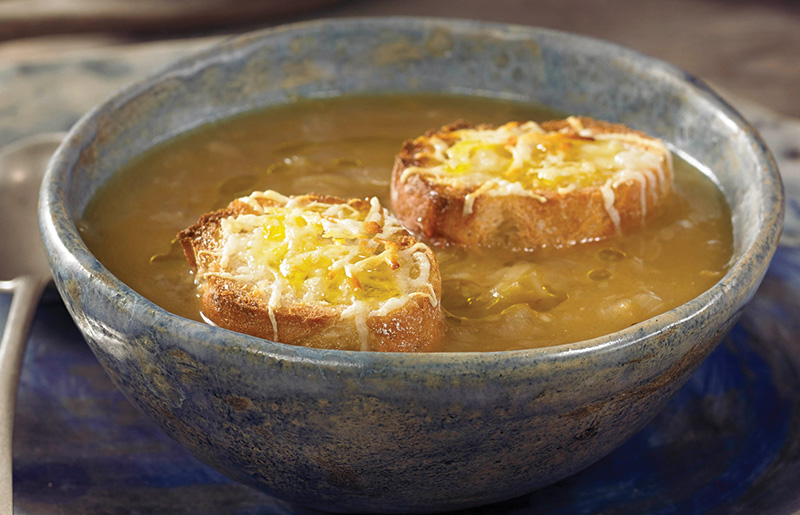 Soup and sandwiches have been a menu mainstay, but that doesn’t mean the combo can’t have a twist. Grilled Cheeserie in Nashville offers creative takes on grilled cheese, from white cheddar with bacon and strawberry and basil jam on multigrain to pepper jack with grilled chicken, buffalo sauce and grilled cheese crumbles on sourdough. These oozy sandwiches are commonly paired with the old-fashioned tomato soup or roasted pepper and tomato soup.

6. Show the bar some love

All too often, potential profits are left on the table when it comes to the bar. Offering soup as an option that’s different from the regular menu can generate buzz. In Denver, Jax Fish House & Oyster Bar serves a crawfish and andouille gumbo atop french fries and cheddar cheese only at the bar.

Causwell’s in San Francisco is known for its burgers, but it’s not uncommon that the meal begins with Chef Adam Rosenblum’s roasted tomato soup. The difference in the ubiquitous option lies in what’s stirred in: poblano cream, which adds depth and richness. Any soup that could use some tang or richness can benefit from cream, yogurt or sour cream. 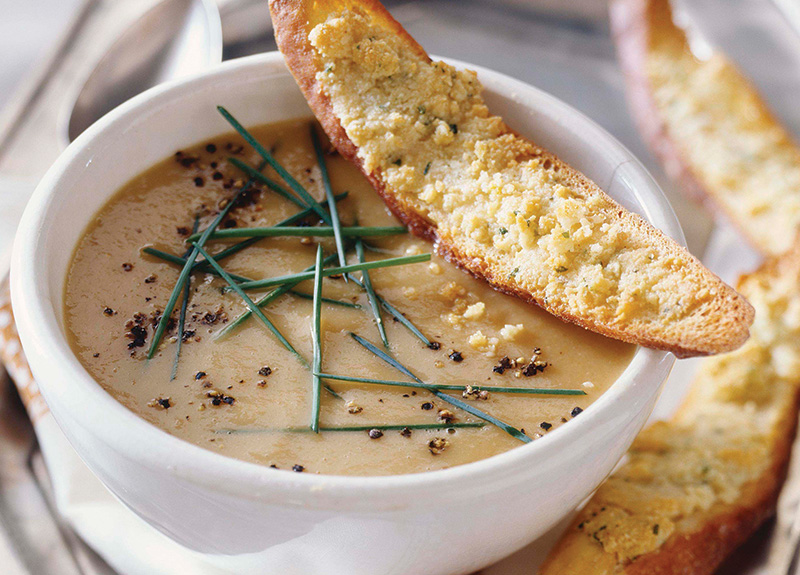 In addition to its regular selection of chicken soup, tomato orange soup and a seasonal choice, Elephant Delicatessen creates a soup calendar listing specials by the month. The restaurant, which has six locations in the Portland, Oregon area, shares the calendar via email and social media.

MetroFresh in Atlanta sells soup online by the cup, bowl and quart. By offering a larger portion as a to-go option, restaurants can promote them on their menus and social media accounts as a stress-free way to enjoy soup at home.

Traditional soup favorites, such as tomato, chicken noodle or mushroom, are rife for riffing on by adding ingredients such as spices for heat, seasonings to coalesce with your cuisine or even using leftover bread for flavored croutons. Chefs say the possibilities are endless.