Chances are that your bar dabbles in culinary cocktails without knowing it.

Ever make a Bloody Mary? Long before bars started garnishing them with mini cheeseburgers and candied bacon, the “Mary” was the original culinary cocktail says Matthew Biancaniello, a Los Angeles based cocktail chef and author of “Eat Your Drink,” (Dey Street Books, 2016)

Culinary cocktails are an expansive category defined by the collaboration between kitchen and bar, either in terms of ingredients, technique or both. These run the gamut from the lab-like creations at New York’s Apotheke to the super-fresh, market-inspired drinks at Los Angeles’ Hinoki & the Bird. Making culinary cocktails work for your bar requires only creativity, access to fresh ingredients and a willingness to experiment. Here’s how to bring a bit of the kitchen behind the stick. 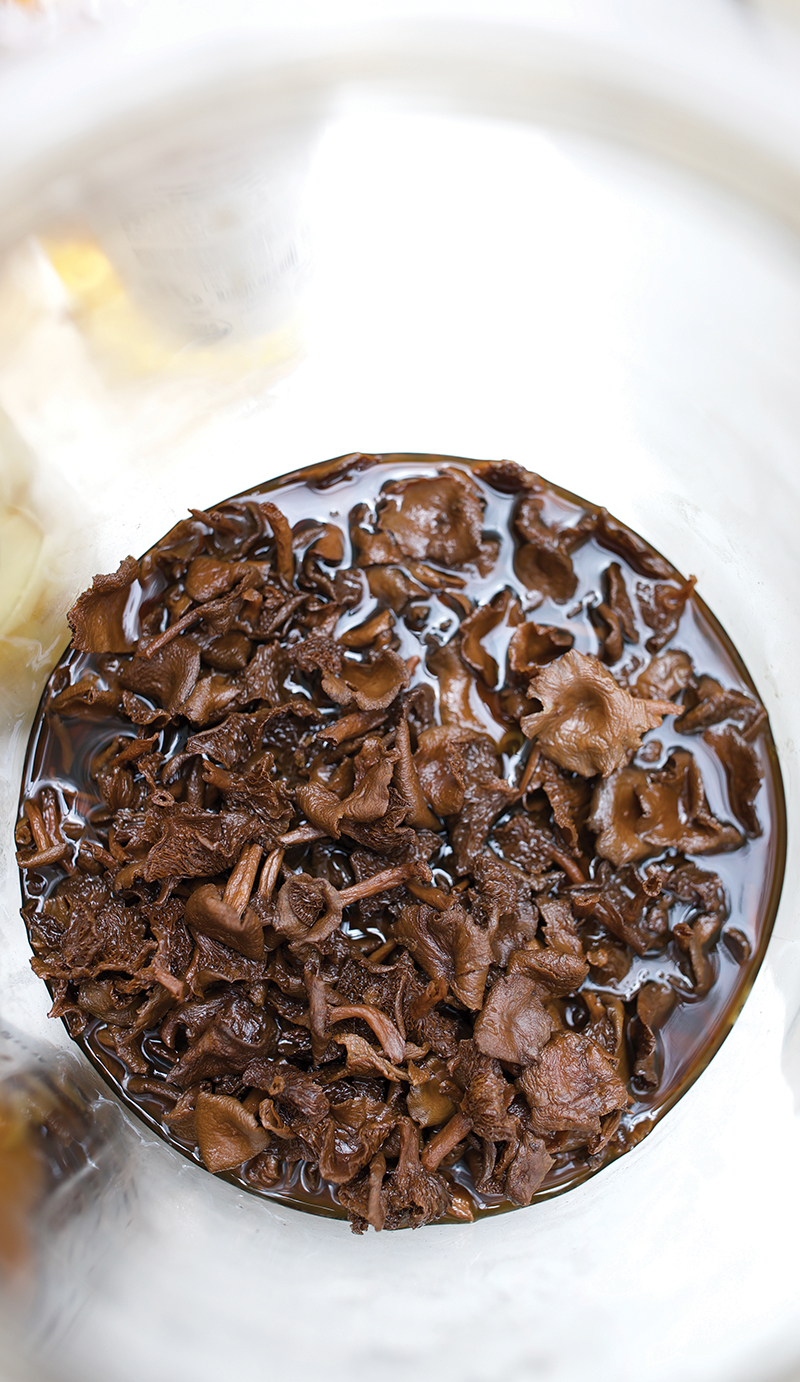 PICK YOUR CHEF’S BRAIN
At Dram & Grain in Washington, D.C., head bartenders Benny Hurwitz and Andy Bixby collaborate with the kitchen on an ambitious cocktail menu that includes methods like dehydrating, vacuum sealing and compressing. Find a chef who’s open to working together, says Bixby, and mine their technical expertise.

Chefs are a wealth of knowledge; they’ll remind you that cashews, for example, are poisonous when raw. If you’re making an orgeat, they’ll suggest roasting the nuts first. “Say, ‘Hey, this is my idea about getting this flavor or texture into a drink. How would you go about that?’” he says. “There’s nothing worse than misunderstanding a technique or utilizing an ingredient wrong.”

THINK SEASONALLY
Guests now expect bar offerings to vary as often as the food menu, reflecting the flavors and colors of the season. The first place to turn is your local farmers market, Biancaniello says, but don’t necessarily seek out the strangest fruit or herb. “Take something that you love, even if it’s something common like basil, and find five different things to do with that basil,” he says. Fall is a great time to stock up on flowering herbs like lavender or chamomile and use them as infusions or garnishes.

EMBRACE SAVORY
Umami is often neglected in the cocktail realm, but it can open up a host of exciting flavor possibilities. Consider fat-washing: the adding of fat (butter, animal fat or oil) to a spirit at room temperature and then freezing until the fat can easily be skimmed off the top. Dram & Grain created an alligator fat and Cajun-spice-infused Chartreuse for a cocktail that’s a riff on a classic called Swamp Water. It combines alligator-butter-washed green Chartreuse with Don Ciccio & Figli Carciofo and pineapple, lime and tamarind juices in a tin can garnished with a plastic alligator and pineapple fronds.

DON’T LOSE BALANCE
Flavors can quickly become tangled and competitive with so many ingredients and techniques brought to bear on one drink. As you’re building a drink, Biancaniello says, continually ask yourself whether you can taste its distinct elements. “Balance doesn’t mean tasting each ingredient equally, but being able to taste that each is in there,” he says. When a cocktail with muddled jalapenos proved too spicy, for example, he created a hot pepper tincture that allowed other flavors to shine through.

CONSIDER THE SOUS VIDE
Sous-vide machines are pricey and may not work for every bar program, but Dram & Grain’s head bartenders use it for every house-infused liqueur. Bixby recommends a cold maceration for fruit-based infusions, but a sous-vide machine for herbs and tinctures.

“You can cook it to temperatures that alcohol would normally evaporate off, around 150 degrees, which allow for better infusions,” he says.

REMEMBER CHEMISTRY
Cooking is a chemical process that changes an ingredient’s flavor, texture and color. Before manipulating a raw ingredient—caramelization, dehydration or charring—consider what you might gain and lose from each choice. There are vast differences in flavor profiles between the warm, oily properties of a cooked orange and the bright citric zest of the fresh fruit.

MAKE IT PERSONAL
Food triggers memories; culinary cocktails should as well. When you’re looking for inspiration, think about meals and experiences you’ve enjoyed: What flavors do they call to mind? How did those flavors interact? Dram & Grain’s hit Gator Wrestlin’ & Paddle-Backs cocktail is a liquid representation of a day the bartenders spent on a swamp boat watching alligator wrestling in the bayous of Louisiana while drinking chartreuse.

“We asked, ‘How can we pull the concepts and flavors and mentality of this place into a drink?’” Bixby says.

Kate Bernot, who lives in Missoula, Montana, is beer editor at DRAFT Magazine. She also covers cocktails, cider, restaurants and, once, cigars.