Growth in the tech sector, a spike in quality Southern ingredients and the laid-back appeal of this historic city has sparked a burgeoning dining scene that extends beyond its downtown arteries. More than a dozen chefs have migrated here while food critics nationwide have anointed Charleston, South Carolina, as one of the most exciting food destinations in the country.

When you head to this peninsula, it’s important to check out old and new to fully grasp Lowcountry cuisine, from its humble beginnings to modern interpretations. You’ll taste the influences from the early settlers of Europe, West Africa and the West Indies, and classic dishes or renditions inspired by them, such as shrimp and grits, okra soup and Lowcountry boil. Add seafood, including blue crab, boiled peanuts, pimento cheese and whiting fish to the list of what you’ll encounter on menus.

Sean Brock deservedly gets the credit for drawing the spotlight to Charleston, first at McCrady’s and then for developing a farm dedicated to preserving heritage seeds. Honoring and elevating the roots of Southern cooking has served as the backbone of Husk, the restaurant he opened in 2010, the same year the James Beard Foundation recognized Brock with the Best Chef Southeast award. To experience this chef’s range, visit McCrady’s, Husk and Minero; the latter shows Brock also can do Mexican.

Don’t think you can just check out Brock and be done with the forerunners of Charleston’s restaurant renaissance. Others include Mike Lata’s Fig, a bistro take on Southern ingredients and The Ordinary, his ode to seafood. Lata’s executive chef at Fig, Jason Stanhope, should get credit, too. Like Lata and Brock, he also won a James Beard Best Chef Southeast award. 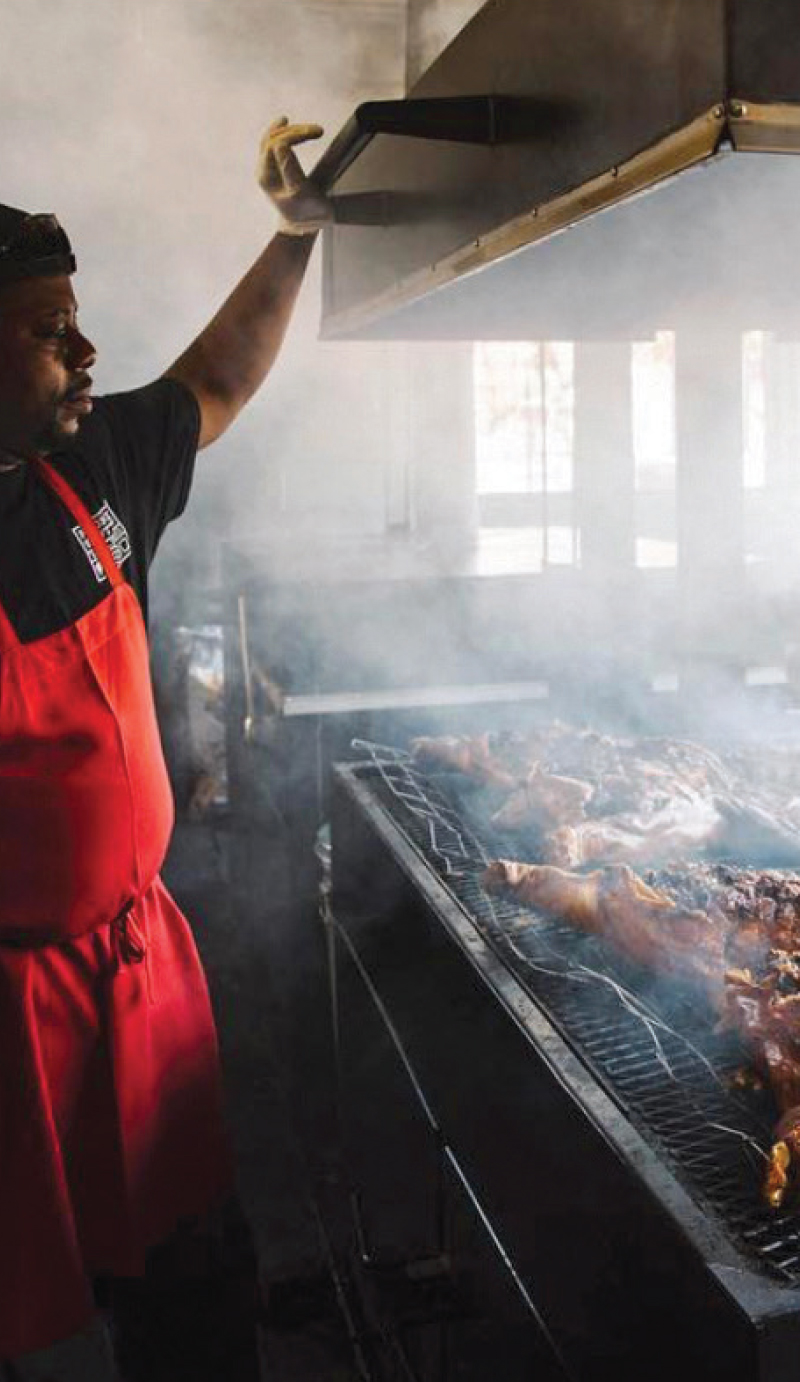 Southern-inspired cooking, though, isn’t the only food that thrives here. Amalia Scatena at Cannon Green is proving that local ingredients also play well with Mediterranean cuisine, while Michael Toscano knows southerners and tourists equally dig Italian food. Both are transplants.

The dining scene has gotten so big that restaurants have crossed the bay to Mount Pleasant, creating its own enclave of must-visit restaurants, from Grace & Grit and Nico to Shellmore—all seafood-centric spots.

Be sure to visit some stalwarts. For the last 33 years, Hannibal’s Kitchen in Charleston’s Eastside neighborhood has been serving straightforward local fare, such as crab rice and fried whiting, while Bertha’s Restaurant has been cooking traditional soul food for 39 years in North Charleston.

Wherever you go, take a few minutes to ask about the secret to the restaurant’s popularity and success. You’ll leave with a true sense of Southern hospitality along with inspiration to apply insights back home.

Edmund’s Oast Brewing Co.
Sure, you can go Edmund’s Oast restaurant or Edmund’s Oast Exchange, but here you can sample a crazy number of beers and well-executed everyday foods, from a housemade hot dog to a wood-fired veggie gyro.

Halls Chophouse
Got meat on the brain? It’s no wonder with all the fuss over vegetables and focus on seafood in the coastal community. Chef Matthew Niessner will do right by you.

The Macintosh
Resist the urge to comment on how Jeremiah Bacon’s last name makes him a natural chef. Just focus on your plate: local ingredients at the hands of a native trained at Per Se, Le Bernadin and the River Cafe, all in New York City.

Rodney Scott’s Whole Hog Barbecue
Did you think you could eat your way through Charleston and not try barbecue? You have many choices, but you’re sure to go right with this pit master’s namesake joint.

Waffle House
Dotted across the southern landscape, this chain is a must visit during the third shift.