Ever since a certain build-your-own burrito chain transformed the humble chipotle into a culinary icon, diners have been down with all things capsicum-packed.

In response, chefs are spotlighting chilies native to Asian, Indian, Latin American and Middle Eastern cuisine. They’re using them as a relatively inexpensive source of heat, which are delivering richly-nuanced flavor notes that turn one-dimensional fire into multi-dimensional spice. Jalapeños and milder peppers have their place, but chilies such as the Japanese sansho and the Turkish urfa are stepping up menus.

For dishes that don’t need to scale heat in Scoville units, look for chilies that deliver a slow, steady burn instead of throat-clutching heat. Start with costeño chilies from Oaxaca, recommends Chef Katy Smith of Puesto, a growing Southern California-based Mexican concept. 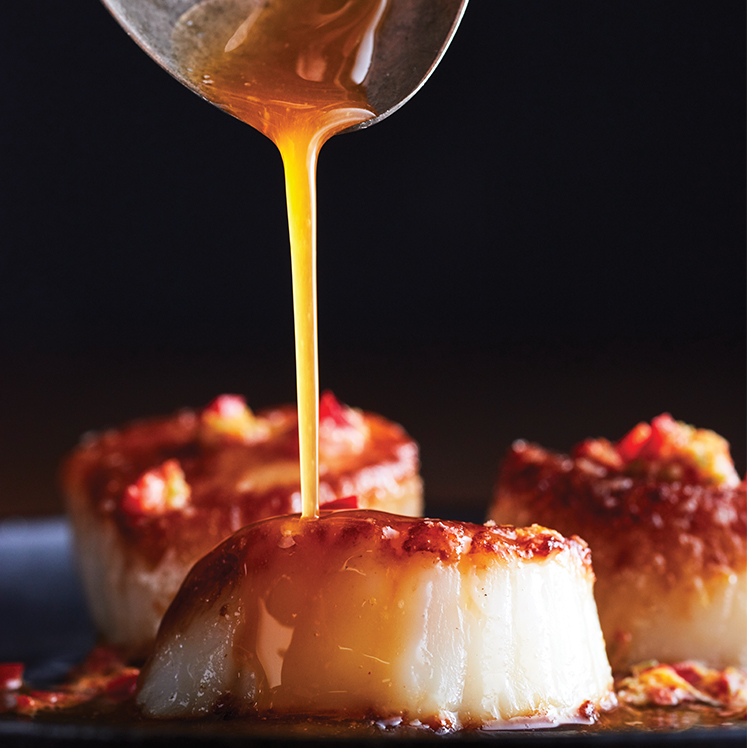 Instead of the fiery red-hued costeño chilies, she prefers the nutty dark-fruit flavors of the milder yellow-skinned varieties. They produce a versatile purée that pairs well with pork and chicken. The purée’s texture hovers between a ketchup and tomato paste, which concentrates the chili flavor without overwhelming the other ingredients. “It reminds me of a mild curry,” she says. “Intensely flavored, but not spicy.”

Urfa chilies from Turkey produce an equally balanced kick of sweetness and spice. Jimmy Papadopoulos of Bellemore in Chicago sources these dark, maroon-hued peppers as dried, ground flakes and uses them in marinades for chicken, lamb and sturdy vegetables, such as broccoli. “Urfa chilies deliver a uniquely complex and deep flavor,” says Papadopoulos. “It provides a beautiful warming burn that never becomes overbearing, but reminds you it’s a chili.”

Espelette pepper, which hails from the French side of Basque Country, grows on Chef Sean Fowler’s family farm near his Raleigh, North Carolina, restaurant, Mandolin. Commonly dried, ground and used like cayenne, the pepper is used fresh to make hot sauces. Fowler also adds a pinch to his coffee meets Videri chocolate chess pie for a pop of flavor. “They’re really the perfect pepper,” he says, “imparting modest to medium heat, with nuanced floral notes.”

In terms of profitability, blistered pepper starters are the french fries of the appetizer world: Inexpensive and easy to prepare, they’re also spicy enough to inspire diners to order plenty of beer or cocktails. Rather than stick to old standbys – like jalapeño poppers or pan-fried shishitos – try a lesser-known pepper. 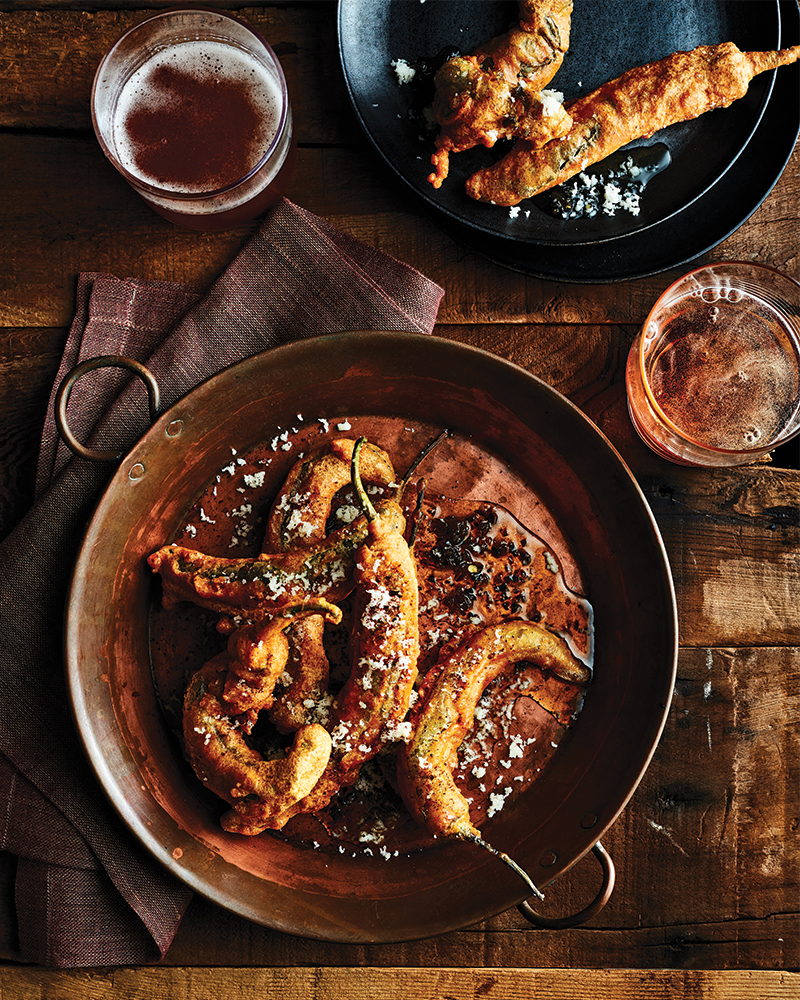 At Valle Fresh in Los Alamos, California, Conrad Gonzales uses Turkish corbaci peppers. “They’re sweet to mild,” says Gonzales, “and have a strong smell like they’re going to be spicy.” He lightly batters and deep-fries them before adding garnishes, including jalapeño jelly, shaved sheep’s milk cheese and sumac.

Peppers also play a pivotal role in Spanish and Basque cuisines. At Duende in Oakland, California, Chef Paul Canales turns versatile choricero peppers into salsas for musky meats, including lamb, but also has a sweet spot for guindillas, a mildly spicy pepper that’s similar to a banana or yellow wax pepper. “They’re best,” he says, “served like padron peppers – blistered and dusted with sea salt and a squirt of lemon.” Tell servers to suggest a sherry with it.

✶ Look to the Far East 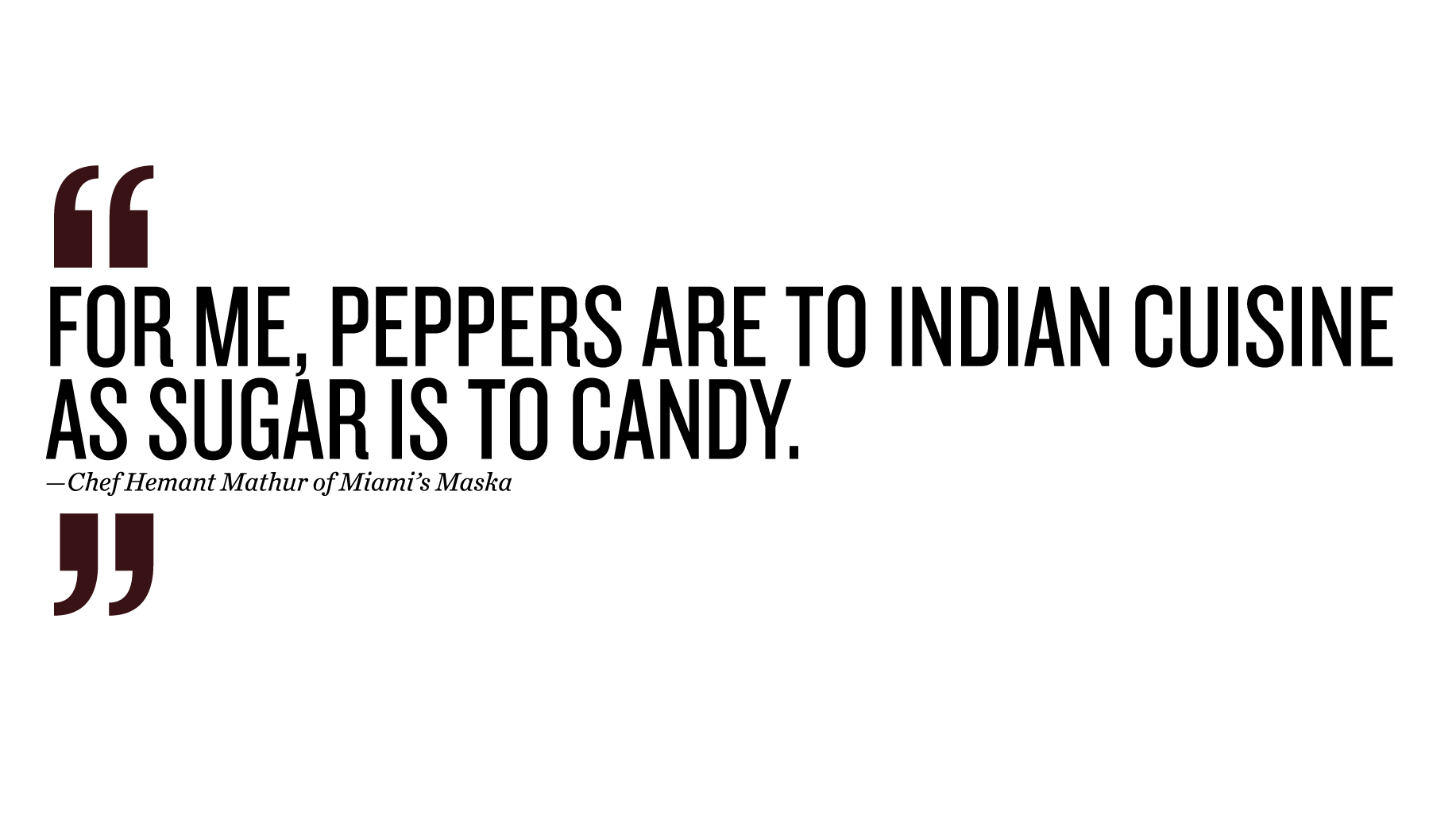 Few peppers are as versatile as a Japanese sansho. Though not a chili, its heat and spice can be numbing. At Avery in San Francisco, Rodney Wages uses green sansho for balance. “Japanese green sansho is much more citrusy, and not as numbing as the typical Sichuan peppers you’d see in Chinese cuisines,” says Wages. He seasons grilled sturgeon with sansho powder and serves it with an onion soubise and an artichokes barigoule. “The idea behind the sansho was to add a citrusy note,” he says. “After you’re eating the dish, the sansho kind of lingers in your mouth, and it makes you keep thinking about the dish.” 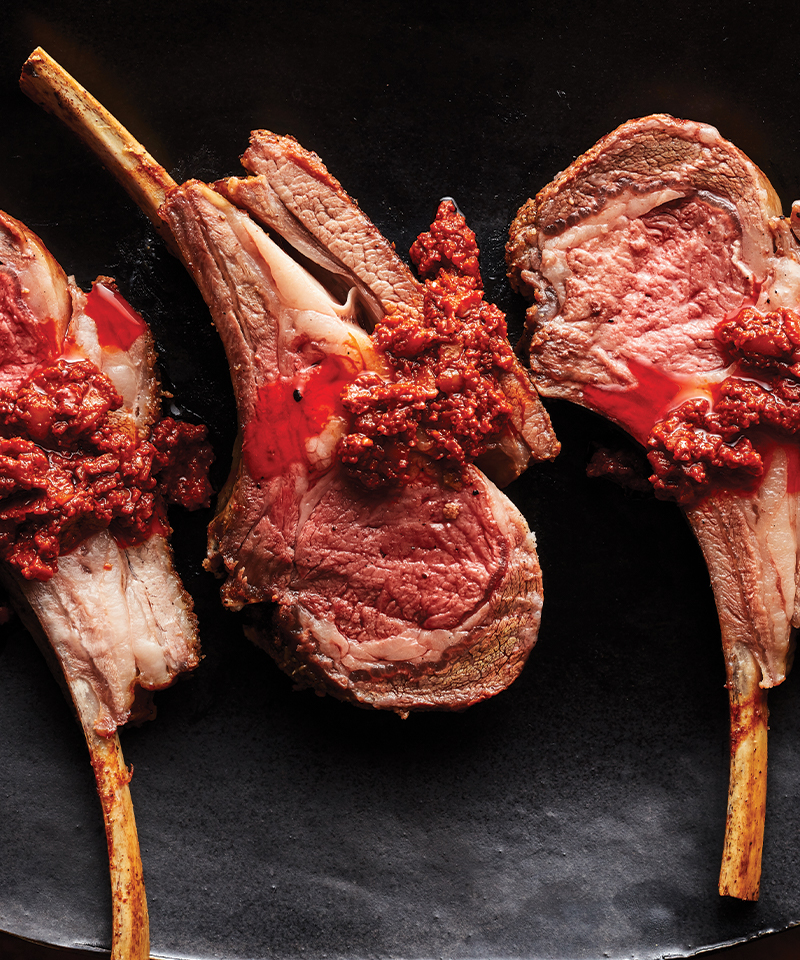 “For me, peppers are to Indian cuisine as sugar is to candy,” says Mathur. “I encourage people to introduce more peppers in their cooking; start with the milder ones and see how they enhance the flavors of your dish. Go ahead, spice up your life a little.”