More Americans than ever are dining at home via takeout or delivery, but a certain time of year is bucking the trend.

While the holiday season has long been synonymous with bucolic homemade meals, diners are increasingly making restaurants a part of their traditions, which presents a solid revenue opportunity for operators who know how to attract and cater to holiday diners.

“Families are more spread across the globe than ever before,” says Damian de Magistris, co-owner of Restaurant Dante, il Casale Cucina Campana and il Casale Cucina Italiana in the Boston area. “We find that couples or groups of three to five people have become common during the holidays, especially when families are dispersed, and people want to avoid the hassle of cooking a large meal for only a few folks.”

More than 33 million Americans dine out on Thanksgiving, according to the National Restaurant Association. They might be baby boomers whose kids aren’t coming home for the biggest meal of the year. Or their grown children might decide to host a “friendsgiving” but opt for a restaurant because they don’t cook. Home cooks seek help from restaurants for a part of the meal, according to an NPD study, which also provides potential revenue. Some 29 percent of Americans augment Thanksgiving with side dishes and readymade whole turkeys from restaurants and grocery stores. 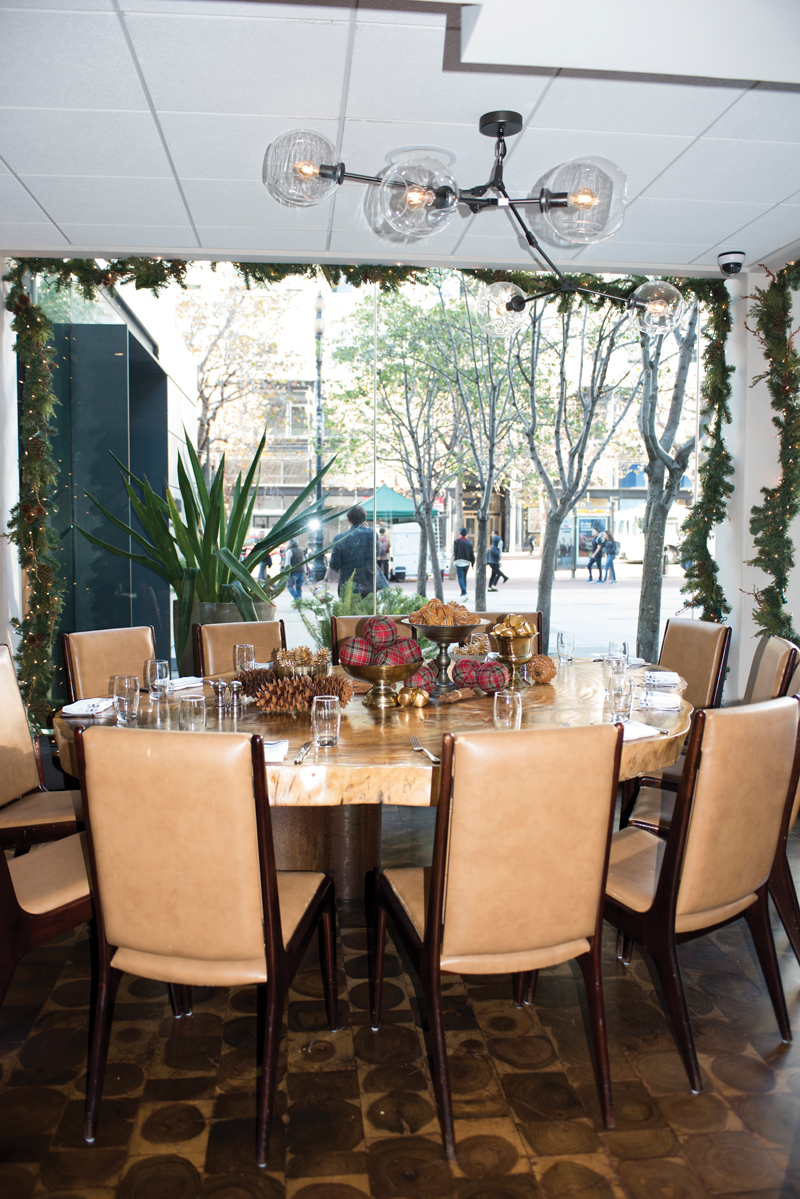 Restaurants toe the line between homey tradition and ingenuity to entice diners. Creative touches they might not try themselves are expected, chefs say.

Still, for others, keeping things traditional is the way to go, right down to second helpings and leftovers.

“In particular for Thanksgiving, people want the traditional options even when eating out,” says Adrienne Mosier, executive chef of Boston Urban Hospitality, which includes Deuxave, Boston Chops and dbar. “We prepare all of the Thanksgiving favorites, like turkey, stuffing, cranberry sauce, green bean casserole and gravy, so that you have a holiday meal with all the nostalgia of home without the stress, dishes or possibility of dry turkey.” With all the essentials in place, she takes that extra step by providing more portions for guests who wants seconds at no additional charge.

“Guests come back the following year when the food was delicious, and they felt like they were treated like part of the family,” Mosier says.

Saxon + Parole in New York City takes care of another important requisite: leftovers. In addition to a prix fixe menu, the restaurant provides customers with packaged leftovers to enjoy the next day, featuring all the turkey, gravy and stuffing to make sandwiches. At Longman & Eagle in Chicago, once diners have finished their turkey with chestnut-foie gras stuffing, they can swing by the adjoining bar, OSB, and grab a leftovers sandwich for later.

“Two-, three- and four-course set menus are best for large groups, as they’re easier to execute and guests don’t have to wait a long time to get their food,” says Sean Yeremyan, owner of HOBNOB in Atlanta.

Hilary Rossi of Petaluma, California’s The Patio Group says that set menus add a little pomp and circumstance, which diners look for in a festive meal. “Prix fixe menus bring the excitement of a special occasion,” she says, pointing out how coursed tasting menus help differentiate restaurants from at home meals.

Consider Rosh Hashanah. The Jewish new year has long been anchored by home dinner tables brimming with brisket, challah and matzo, but as newer generations look for alternatives to braiding their own loaves, restaurants offer prix fixe menus that ease the strain and bring the flair.

The format also naturally lends itself to other holiday degustation, like the Italian feast of the seven fishes traditionally served on Christmas Eve.

According to de Magistris, who serves his own version at Restaurant Dante, partaking in traditions like these is another means of connecting with guests. “We love sharing our family Italian dishes with others during the busy holiday season,” he says. “Not everyone is able to keep traditions alive, but we’re going to keep it going, and we’re always excited to share it with everyone.” 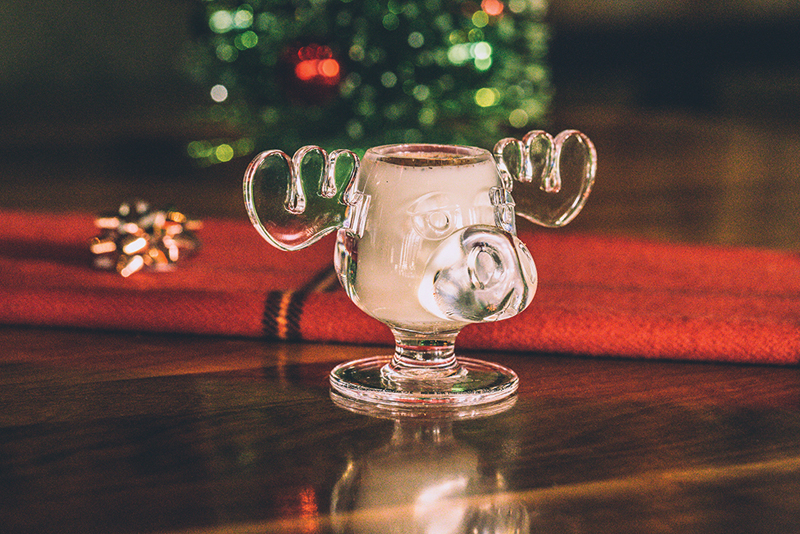 The holidays are an ideal time for restaurants to win repeat customers by making themselves a part of traditions.

“When guests celebrate the holidays with our family in the restaurants, we find it to be an extremely intimate experience; the bond we form with our guests lasts longer than one meal,” says de Magistris. “Typically, as holidays approach, we’re already in conversation with our guests about their plans and we reminisce about the celebrations we’ve had in the past.”

Restaurant Promotions and specials also go a long way in not only attracting new customers but bringing them back to start new traditions. According to Michael Georgopoulos, an owner at San Diego’s Rustic Root, offering seasonal cocktails, weeklong promotions and gift cards are all essential techniques. “For holidays, we stick with rustic traditions, but with a little twist,” he explains. “Last year we served a boozy eggnog but made it fun by serving it in a souvenir “National Lampoon’s Christmas Vacation” moose mug. Guests loved it.”

Stacy Jed, co-owner of San Francisco’s Bluestem Brasserie, reaches out to their network of guests, especially those who’ve previously dined during the holidays. The holidays are also an ideal time to connect with hotel concierges for potential guests.

“We have guests who join us year after year and have made dining with us during the holidays a family tradition,” says Jed, who says that Bluestem doubles its portion sizes for Thanksgiving to ensure leftovers.

Not everybody, however, celebrates the holidays the same way, which is why de Magistris also suggests offering part of your regular menu, so you can provide everyone plenty of options to enjoy.

At the heart of it all, the common thread is making restaurants feel like a home away from home during the homiest time of year.

“The biggest opportunity is to focus on delivering a great and consistent customer service experience that essentially reshapes holiday traditions and establishes your restaurant as a reliable destination for the holidays,” Georgopoulos says.

TALK TO CUSTOMERS early about holiday menus and promote events and reservations on social media with plenty of lead time.

REACH OUT to holiday diners from the previous year to remind them of your holiday offerings.

CONTACT NEARBY HOTELS so concierges can recommend you to their traveling guests.

KEEP MENUS FAIRLY TRADITIONAL, but add some creative touches to familiar flavors, especially with appetizers and side dishes.

FOCUS ON STREAMLINING set holiday menus but offer part of your regular menu as an alternative.