Technology and innovation are poised to transform restaurant kitchens, but wizardry robots or smart equipment doesn't mean abandoning the tried and true.

Embrace the new, but don’t think everything can be solved or improved with the latest gadgetry. Here, restaurant chefs and other experts share their favorite equipment that lends itself to consistency, saves time, reduces labor and gives their menu an edge.

SOUS VIDE
After several years as the on-trend way to turn out a dish, cooking sealed food immersed in a water bath has become commonplace in innovative kitchens. Its most significant contribution, however, has been large volume. Proteins can be cooked sous vide and immediately served or seared off in minutes and then leave the kitchen.

“A smaller labor source is where we’re headed today,” says Jason Wilson, executive chef of Millers Guild and the Lakehouse restaurants in the Seattle area, as well as culinary director of the El Gaucho Hospitality Group. “The thought is that you will always need creativity. But if your human messes up on cooking anything, that product is automatically lost.” 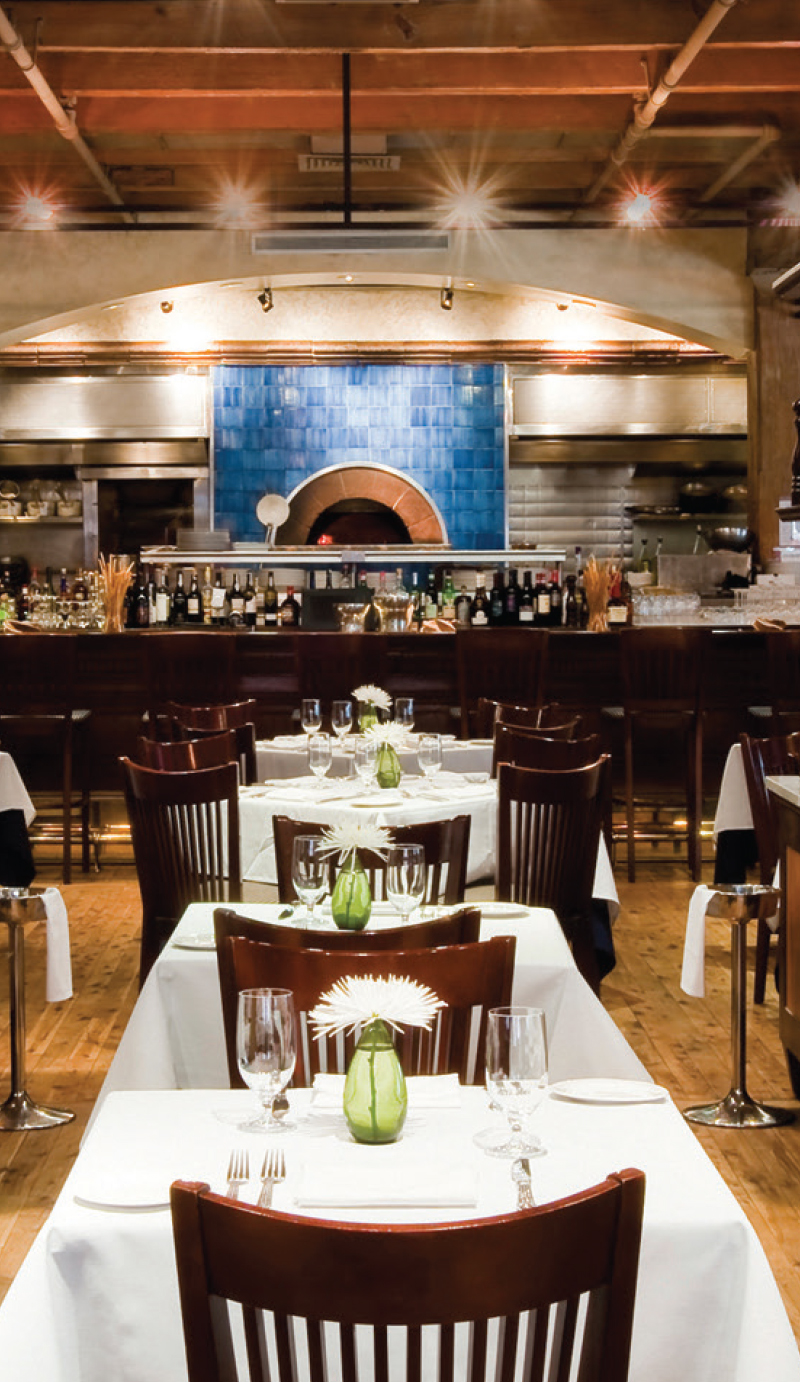 ROBOT COUPE 2
Gadgets that chop, slice, dice and puree have flooded the market, but chefs remain loyal to the Robot Coupe, an industrial food processor that debut in the 1960s and can withstand heavy use. It also reduces injuries: Accidental cuts from chopping with knives are no longer a problem for Chef Cameron Thompson, culinary director of Farm Burger, a grass-fed, locally sourced burger chain with nearly a dozen locations. “It’s the one piece of equipment that pays for itself in a week,” he says.

Chef Chintan Pandya of innovative Indian restaurant Rahi in New York City, agrees, “Once I found this machine could process five to 10 pounds of onions in 10 minutes, it has been saving me labor for years.”

WOOD-BURNING OVEN
More than a decade ago, wood-burning ovens became a game-changer for making pizza. Today, they can also give other dishes similar wood-charred flavor and reduce cooking times thanks to their high temperatures.

“We roast cauliflower, asparagus, and carrots for the pasta sauce. The hot fire takes out the step of blanching that prep cooks used to spend time on and gives it better flavor,” says executive chef Federico Comacchio of Coco Pazzo in Chicago. “Fish like branzino can cook in the fire in under five minutes.”

FISH SPATULA
The tool is designed to easily slip under and flip delicate fillets of fish. But the fish spatula has many other uses. Imagine a short-order cook, who is a marvel to watch. Give him or her a fish spatula and it could up their game in terms of pancakes, french toast and eggs. Also try it for poaching: It lifts foods efficiently out of water.

“This tool has saved a lot of money over the years,” says Dwight Drake, a Food Fanatics chef who assists restaurateurs on menu planning and operational efficiencies in Cincinnati. “The thicker, bulky spatula will cut into the flesh or leave half of the most important flavored part of the fish stuck to the bottom of the pan. “

“Don’t forget about quesadillas, enchiladas and flipping tortillas on the griddle,” Drake says, not to mention handling grilled cheese, lifting lasagna out of a pan or sliding tiramisu from a dish.

MICROPLANE
The microplane has changed “the way we grate, grind and garnish like no other piece of equipment,” says David Phillips, executive chef at Copeland Oaks, a senior health care facility in Hanoverton, Ohio. Originally considered as a zester, chefs find its use extends far beyond citrus. 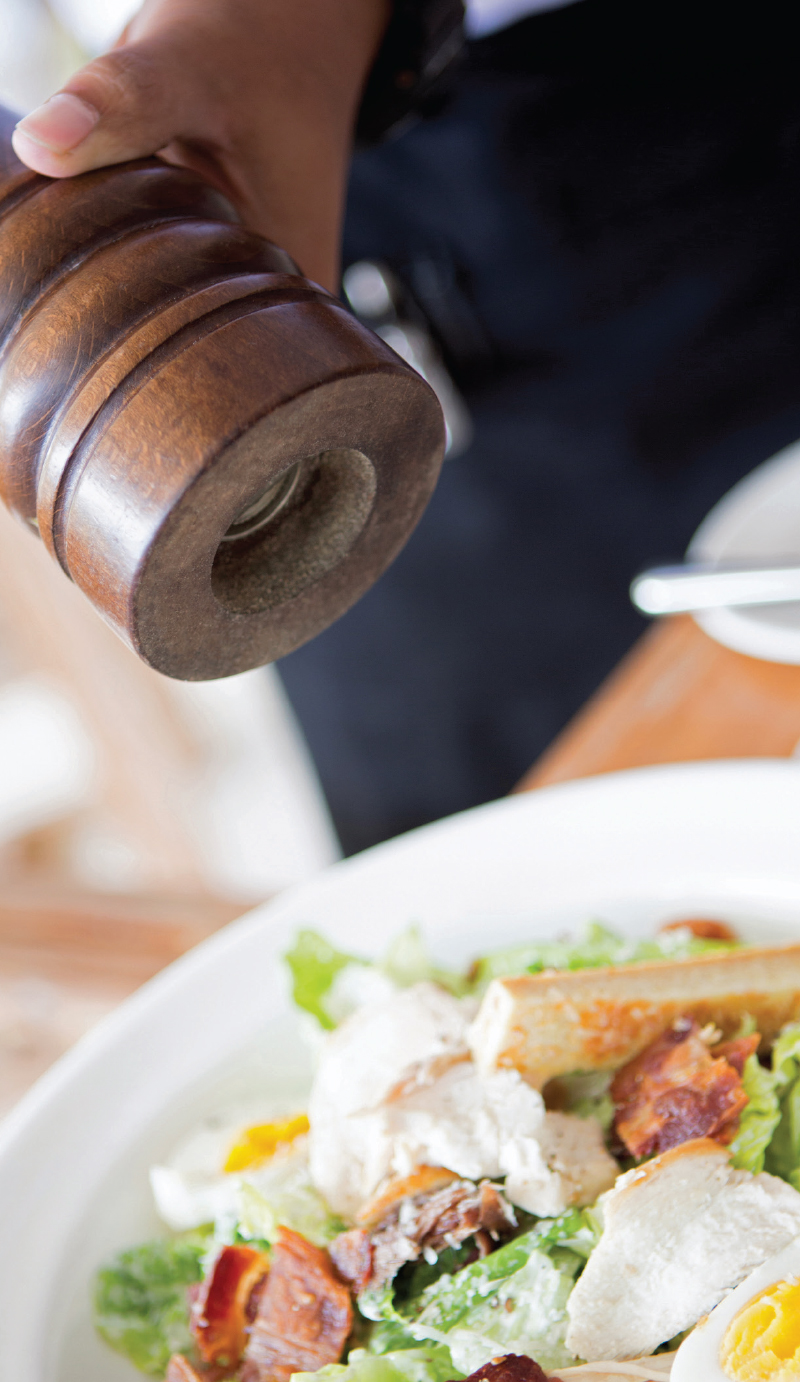 His list for the microplane includes whole spices, hard cheeses, chocolate and any solid that can be grated.

PEPPER MILL
If there’s an overlooked gadget in the kitchen, it’s got to be the pepper mill, the tool reminiscent of the old school tableside offering, “Would you like freshly ground pepper on your dish?” Dissing it, however, is shortsighted.

“Dump the standard cracked black pepper and repurpose it for spices such as coriander, star anise, pink peppercorns, larger coarse kosher salt, fennel seeds, dried herbs and any other variety of spices that can be ground,” says Bo Marianowits, a Food Fanatics chef who oversees restaurants for US Foods.

GAS COMBI-STEAMER OVEN, GENIUS T MODEL
It’s easy to laugh at infomercials demonstrating devices that can do just about anything, but some high-tech equipment can come close. The Eloma defrosts, poaches, stews, steams, bakes, roasts and grills, reaching over 600 degrees, according to Timothy J. Warnock, a Food Fanatics chef based in Clifton Park, New York. It has 2,300 computerized settings for all kinds of combination cooking techniques, he says.