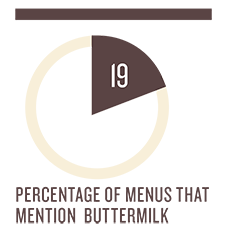 Buttermilk is churning its way onto all kinds of menus, becoming an all-daypart powerhouse of an ingredient in the process. Its unique ability to simultaneously imbue moisture, impart tang and improve the texture of certain foods, is giving it new-found street cred. In days past, buttermilk was nothing more than the thin, milky leftover liquid from churning butter, analogous to the whey produced from making cheese. But today, the cultured buttermilk chefs are using is much thicker. It’s supremely economical, a little can go a long way – if you’re adept at using it. Check out these seven ways to get started. 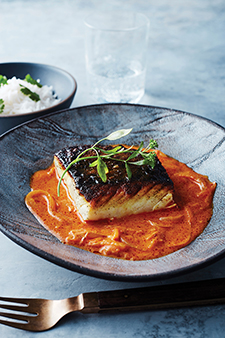 Chef Ethan Mantle at Componere Fine Catering in Emeryville, California, uses low-fat buttermilk in place of heavy cream for quiche because it delivers a tangy flavor and a third less fat. He recommends swapping equal parts buttermilk for cream and then pairing caramelized onion and chard with peppered bacon. “The buttermilk adds more flavor than heavy cream,” he says. “And with less fat, (it) allows you to add bacon without making it a gut bomb.”

Buttermilk is an ideal poaching agent for just about anything that requires tenderness, from seafood and chicken to veal and offal. Chef James Martin of The Darling in Chicago poaches sweetbreads in buttermilk before frying them for his po’ boy sandwich. “When you combine buttermilk with stock over a low fire cooked to medium, it creates a brining effect and is particularly useful before battering and frying your meat of choice in oil,” he explains. “This keeps the meat tender and draws more complex flavors forward due to the high acid, sugar and fat content in the buttermilk. It’s really hard to overcook or burn anything when you use buttermilk, even for fried chicken, because of the intense moisture that it provides.” 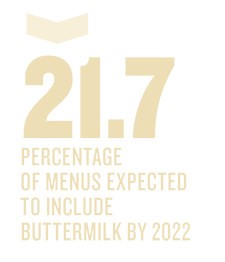 When Chef Daniel Gorman was growing up in the Carolinas, buttermilk was used in salad dressings or as a simple marinade for fried seafood. “I love using it as a form of acid,” he says, “because it can add tang, brightness and even a touch of funk to so many things.” At the top of Gorman’s list? Adding it to raw cold-water oysters. At Henley in Nashville, he infuses buttermilk with dill, pink peppercorns and lemon peel to make a light yet creamy dressing, then adds a half teaspoon to each oyster along with a tiny quenelle of cucumber relish. “Salt and acid are two things that take good seafood from OK to incredible,” he says. “A good oyster doesn’t need much, so we wanted to keep it clean and crisp, but do ‘clean’ a little different from just lemon or vinegar.” The buttermilk helps buoy an oyster’s already briny flavor like few other condiments can. 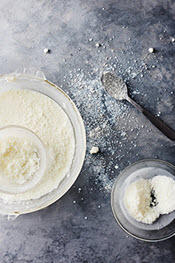 At Zero Restaurant + Bar in Charleston, South Carolina, Chef Vinson Petrillo turns buttermilk into “snow” to add drama to the plate. A mix of cream cheese and buttermilk is infused with horseradish, pureed and strained before it’s aerated in a whipped cream canister and frozen with liquid nitrogen. The resulting garnish is an Instagram-winning accompaniment that works with everything from beets to coffee-roasted carrots and pickled blueberries.

5. A NATURAL FOR SEAFOOD

At Proxi in Chicago, Chef-owner Andrew Zimmerman adds an extra jolt of acid to his street-food-inspired fish curry by substituting buttermilk for sour cream. “The delicate acidic edge that buttermilk has is a natural for seafood,” Zimmerman says. “The body that we lost by subbing buttermilk for sour cream is made up by adding pureed onion. The onion also adds a bit of sweetness to balance the acidity.” The resulting flavors are balanced and acidic without the need for tamarind or kokum.

At Nico Osteria in Chicago, Pastry Chef Leigh Omilinsky not only uses buttermilk to add “a lactic yet acidic flavor” to her lemon sherbet but also imbues her sourdough bombolini – made with a 10-year-old sourdough starter – with a little extra zip. The dough is already a bit sour, but the buttermilk adds creamier sour notes thanks to its lactic properties. And since there is no fat, it does not break down any gluten development, which makes it much softer.

7. ANOTHER WAY TO RICOTTA

Making ricotta is one of the simplest ways to differentiate a menu, but buttermilk ricotta takes things one step further. Instead of using lemon or vinegar to curdle the cheese, try buttermilk. Housemade buttermilk ricotta is a versatile foundation for any number of lighter, subtly savory desserts. Serve it with local honeycomb like at Little Eater in Columbus, Ohio, or substitute for cream cheese in buttermilk ricotta cheesecake like at Easy Bistro & Bar in Chattanooga, Tennessee. “I grew up on buttermilk pie,” says Chef Erik Niel of Easy Bistro. “Using buttermilk to make ricotta makes it more airy, light, fluffy and savory. Since you’re turning the buttermilk into cheese, you need high-quality, true cultured, full fat buttermilk.” 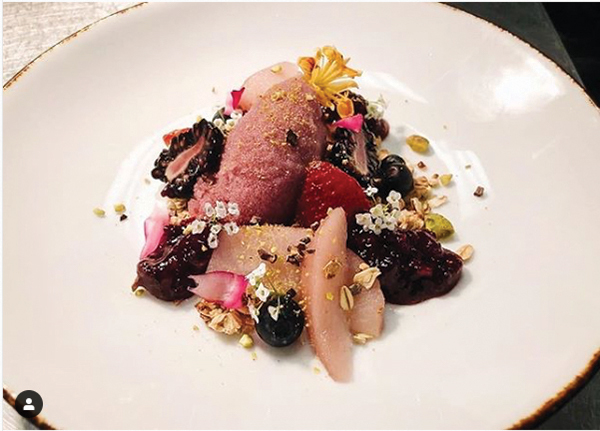 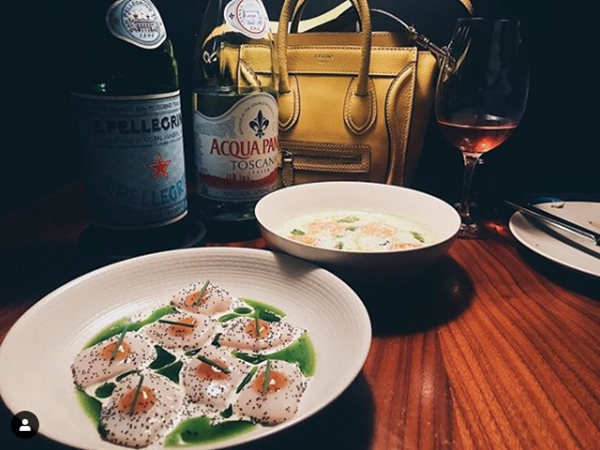