Of all the foods consumers swear off, bread is their kryptonite. Regardless of the latest fads or medical research, consumers keep coming back to gluten.

But just as trends change, so has bread and attitudes about whether carbs are a bad thing. Over the last decade, smarter carbs justify baked goods.

Mid-decade, restaurants with in-house bread programs began milling their own flour and setting the stage for bread made with more nutritious grains, such as kamut and einkorn. Improved versions of gluten-free bread become commonplace, along with an upcharge.

By 2017, charging for housemade or parbaked bread‚ a practice that began in earnest in 2012, become the norm as a way to add to the bottom line and cut waste of a food that was once free.

Biscuits enjoy growth outside of their Southern roots as ideal carriers for handheld breakfast items.

By the close of 2019, carbs were front and center again with more nutritious renditions, such as naan made with wheat berries and spelt. Concepts with a wood-fire oven churn out fresh-baked pita and other breads that puff.

With time on their hands and a shortage of yeast due to demand during the pandemic, chefs and consumers breathed new life into sourdough bread. Its gut benefits from the fermented levain are keeping growth steady, according to food research firm Datassential. Yeast-raised bread, such as brioche, continues to be a favorite. It’s expected to continue growing – 33% over the next three years.

Milk bread moves beyond its Asian roots and into casual and fine dining restaurants with its billowy, soft texture, making it even harder to shun carbs.

Over the last few years, close to half of all consumers want to eat healthier, according to various surveys. That, in part, means limiting simple carbohydrates such as bread, bagels, pasta and other carb-loaded foods. But restaurant bread and pasta programs are thriving. What gives? 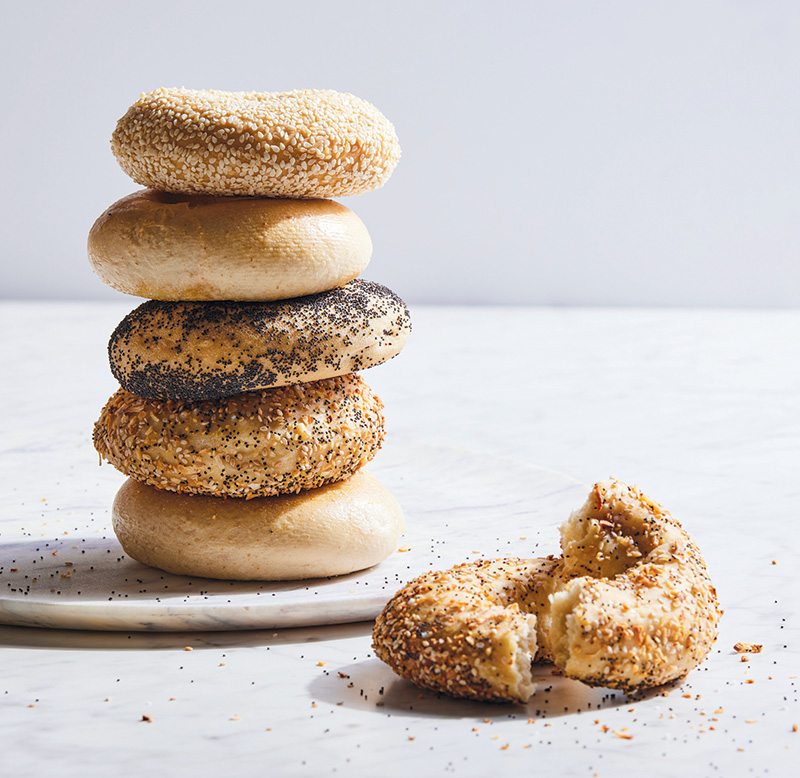 It’s not a paradox, considering the way consumers view health and wellness, which are different. The former is exemplified through nutrition while the latter is expressed through indulgences to address stress and self-care, according to Nik Modi, an analyst for RBC Capital Markets.

Years ago when restaurants started charging for bread, you may have thought, what nerve. Newsflash: They’ve been cashing in, so maybe it’s time to make some dough. Just ensure it’s charge-worthy. Salt Traders, with locations in Austin and Round Rock, Texas, bake their own bread, serving it with whipped butter for $5. Off Alley in Seattle does likewise and charges $8.

Don’t Be a Pleb

Serving housemade corn tortillas with good butter is solid. But don’t risk your cred by offering a knife.

LAST SEEN: Angry Egret Dinette in Los Angeles offers them as a starter with a side of Beurre de Baratte.

Why are Parker House rolls and milk bread a part of bread service, either on tasting menus or as a side? So light and fluffy, it’s easy to get carried away.

LAST SEEN: As part of an omakase at Mako in Chicago, they’ve served it with miso butter.

Moon Rabbit in Washington, D.C., serves turmeric mantou buns with honey butter and a dab of umami-busting chile paste for that spicy-sweet dynamic.

Housemade cultured butter or butter ordered from your purveyor gets a thumbs up, but why not go to the next level and charge more for a compound butter that complements your concept?